History of the Institute of Culinary Education

Over Four Decades of Culinary Instruction

It all began with five students in a tiny Upper West Side studio apartment...

In 1975, Peter Kump, an educator and entrepreneur with a great love of food, offered to teach a small group of students the basic techniques of cooking in the cramped kitchen of his Upper West Side, New York City apartment.

Not long after, the New York Times wrote favorably of the fledgling school. As a result of that article, Kump received numerous phone calls from potential culinary students asking to study with him and Peter Kump's New York Cooking School was born.

Within five years, the school was flourishing. In 1979, an article in Bon Appétit quoted Kump as saying he hoped his students would "develop taste":

"I want them to become free to improvise, to work without recipes. They should learn principles, the reasons for mixing and blending this with that. And techniques."

After a few years, the school had grown in reputation — and had outgrown its original apartment space. Looking for something that better reflected the school's professional aspirations, Peter Kump's moved to a new space on 92nd street in 1979, with three kitchens full of commercial equipment, including a demonstration kitchen. A fourth kitchen and roof garden was added later, as was a separate dedicated pastry kitchen located two doors down the street.

In 1983, Kump inaugurated the culinary career training program to train aspiring chefs. He himself had learned from the best, and former teachers of his such as James Beard, Simone Beck, Marcella Hazan and Diana Kennedy all later came to teach classes at the school. Illustrious food leaders such as Julia Child, James Peterson and David Bouley were frequently guest instructors. In 1986, Chef Nick Malgieri, former executive pastry chef at Windows on the World, and the James Beard award-winning author of five books, was brought on to launch the school's professional baking program. 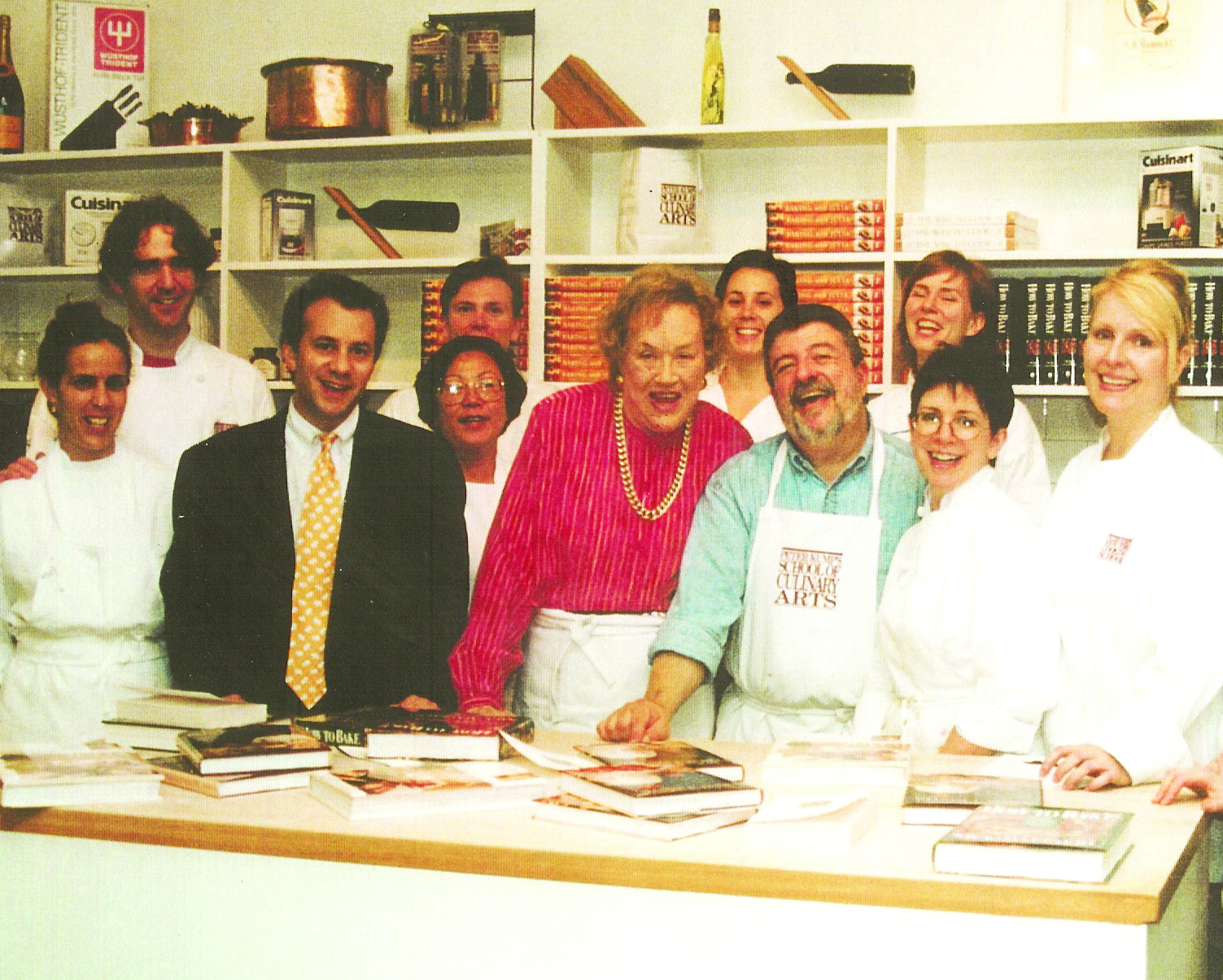 Among his other activities, Kump, along with Julia Child, went on to establish the James Beard Foundation in 1985. The organization inspires and showcases American chefs through dinners, publications, food events and its prestigious awards program. The school's ties to the James Beard Foundation remain deep, with ICE students regularly volunteering alongside the nation’s top chefs at James Beard House dinners, as well as the JBF annual awards gala. 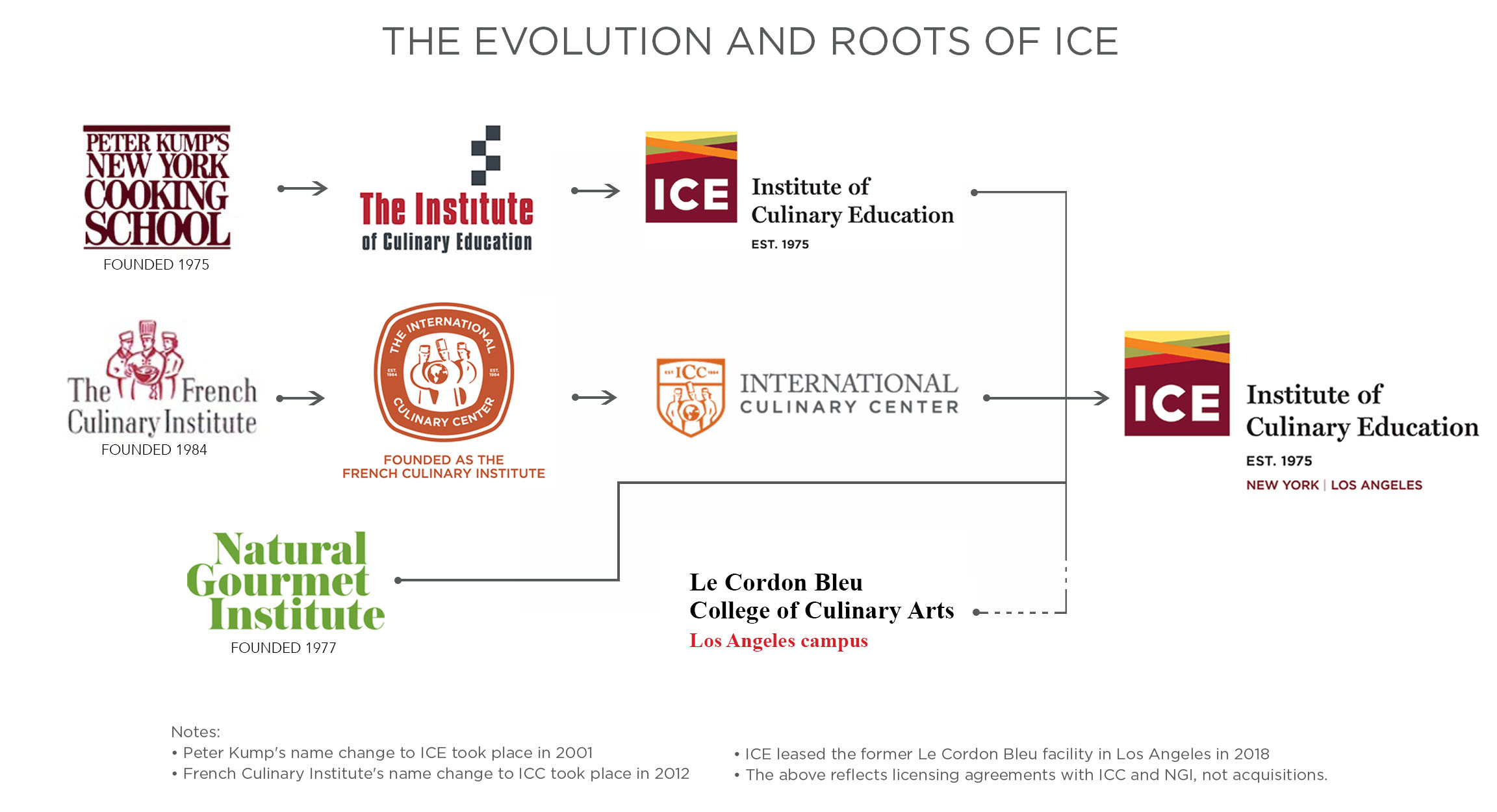 When Peter Kump passed away in 1995, an obituary in the New York Times proclaimed him “one of the most influential figures on the American food scene.” It was then that Rick Smilow, an entrepreneur passionate about education and the food industry, acquired the school. The Smilow family was already a notable participant in the New York City restaurant scene via its partnership with Chef Daniel Boulud and his restaurants, including Restaurant Daniel, Café Boulud and DB Bistro Moderne. Smilow remains the president and principal owner of the school.

In late 1995, the school opened a new Manhattan location at 50 W. 23rd Street. In 2005, the 23rd Street facility expanded further, as well as renovated its existing kitchens and classrooms and building a new resource library. The school ultimately occupied over 42,000 square feet in the Flatiron district, including 11 teaching kitchens.

By 1997, the school's recreational cooking program had grown to be the largest in the nation. At present, ICE offers over 1,700 hands-on cooking, baking, wine and beverage classes for home cooks each year. There is no other cooking school in America (or the world) that offers the equivalent depth, breadth and frequency of classes for culinary enthusiasts.

Over the years, the school, its graduates and its instructors have won numerous awards and honors. In 1997, New York magazine named the school the “best cooking school in New York.” In 1998, W Magazine included the school in its “Black Book … the World's Best Addresses.” In 1998, Pastry & Baking Arts Program Director Nick Malgieri was inducted into the James Beard Foundation's Who's Who of Food & Beverage in America. In 1999, Chef Malgieri was as one of America's Ten Best Pastry Chefs named by Pastry Art & Design magazine.

In 2000, the school was accredited by the ACCSC (American Commission of Career Schools and Colleges). In their institutional evaluation, the ACCSC honored the school for achieving four items of excellence, a rare accomplishment. Those areas were: 100% student satisfaction (all students surveyed would recommend the school to a friend); outstanding faculty and faculty commitment to students; the school’s facilities and equipment; and the school’s involvement in community service. 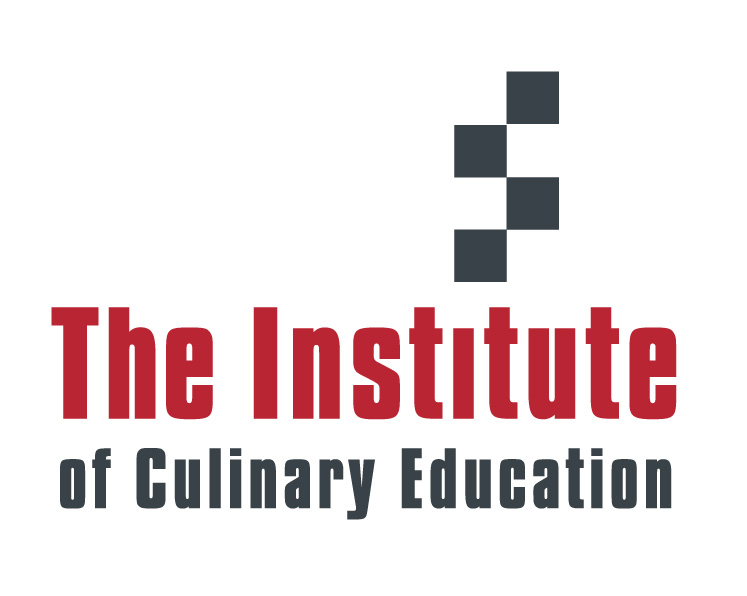 In 2001, reflecting the school’s growth, size and stature, the school’s name was changed to the Institute of Culinary Education or ICE. This new era also heralded the development of numerous new programs at the school, including:

In 2005, after the second inspection, ICE was designated an ACCSC 2006 School of Distinction, an award given to recognize member schools that have demonstrated a commitment to the expectations and rigors of ACCSC accreditation, as well as a commitment to delivering quality education programs to students, graduates and employers. Then, in 2010, ICE’s Career Services department was given a commendation for excellence regarding their outstanding record of externship and job placements.

Over the last decade, ICE has also won numerous International Association of Culinary Professional ”Awards of Excellence” — in 2003, 2008 and 2011. ICE’s President Rick Smilow also received significant recognition. In 2003, Smilow was chosen as the annual honoree of The New York Association of Culinary Professionals, joining a list of culinary leaders that includes Beard, Child, Kump and Pépin, as well as Craig Claiborne and Lidia Bastianich. And in 2011, Smilow was named Entrepreneur of the Year by the IACP. Most recently, ICE was named the IACP’s 2015 “Culinary School of the Year ” and longtime chef-instructor Chris Gesualdi was awarded as the 2015 “Culinary Educator of the Year.”

In the spring of 2015, ICE relocated from our longtime home on 23rd Street to 225 Liberty Street in Brookfield Place. Our lower Manhattan location extends across 74,000 square feet, with Hudson River views to the west and World Trade Center views to the east. This move, coinciding with ICE’s 40th anniversary, was an exciting chapter in a long history that parallels the growth of culinary culture in New York.

In early 2018, ICE opened a west coast campus in Los Angeles, California, one of the biggest food destinations in the U.S. The new facility, formerly occupied by Le Cordon Bleu's Pasadena location, was updated to reflect the brand standards of ICE's flagship NYC campus. The school aims to create the same sense of community, creativity and campus life offered in New York, adapted to the thriving L.A. food scene. You can learn more about our west coast expansion here.

In 2019, ICE introduced Health-Supportive Culinary Arts at the new Natural Gourmet Center on both campuses. The plant-based diploma program is based on the former Natural Gourmet Institute (NGI), founded by Dr. Annemarie Colbin in 1977. The school’s curriculum was based on seven principles of food selection: whole, fresh, seasonal, traditional, balanced, local and delicious, and ICE continues the legacy of sourcing ingredients in accordance with these standards, carrying on the Natural Gourmet community’s tradition of nutrition, health and wellness.

In 2020, ICE and the International Culinary Center (ICC) entered into an agreement that will bring the best aspects of ICC’s expertise, unique offerings and heritage to ICE's campuses in New York and Los Angeles. ICC has been widely recognized as a pioneer and leader in culinary education, and we are proud and excited to enhance the preeminent, private culinary school in the country with a collective 30,000+ alumni worldwide. ICC, founded as The French Culinary Institute (FCI) by Dorothy Cann Hamilton in 1984, will close at the end of 2020 after enrolled students graduate.

Although the school has seen remarkable growth since its founding more than 40 years ago, it remains true to Peter Kump’s philosophy of studying the culinary arts through technique, not recipes. Today, more than ever, we are realizing our mission of helping students unlock their personal potential and discover their culinary voices.

Learn more about how you can study at ICE