Practice your craft in the most authentic learning environment.

In Europe, aspiring chefs learn their trade through culinary apprenticeships. 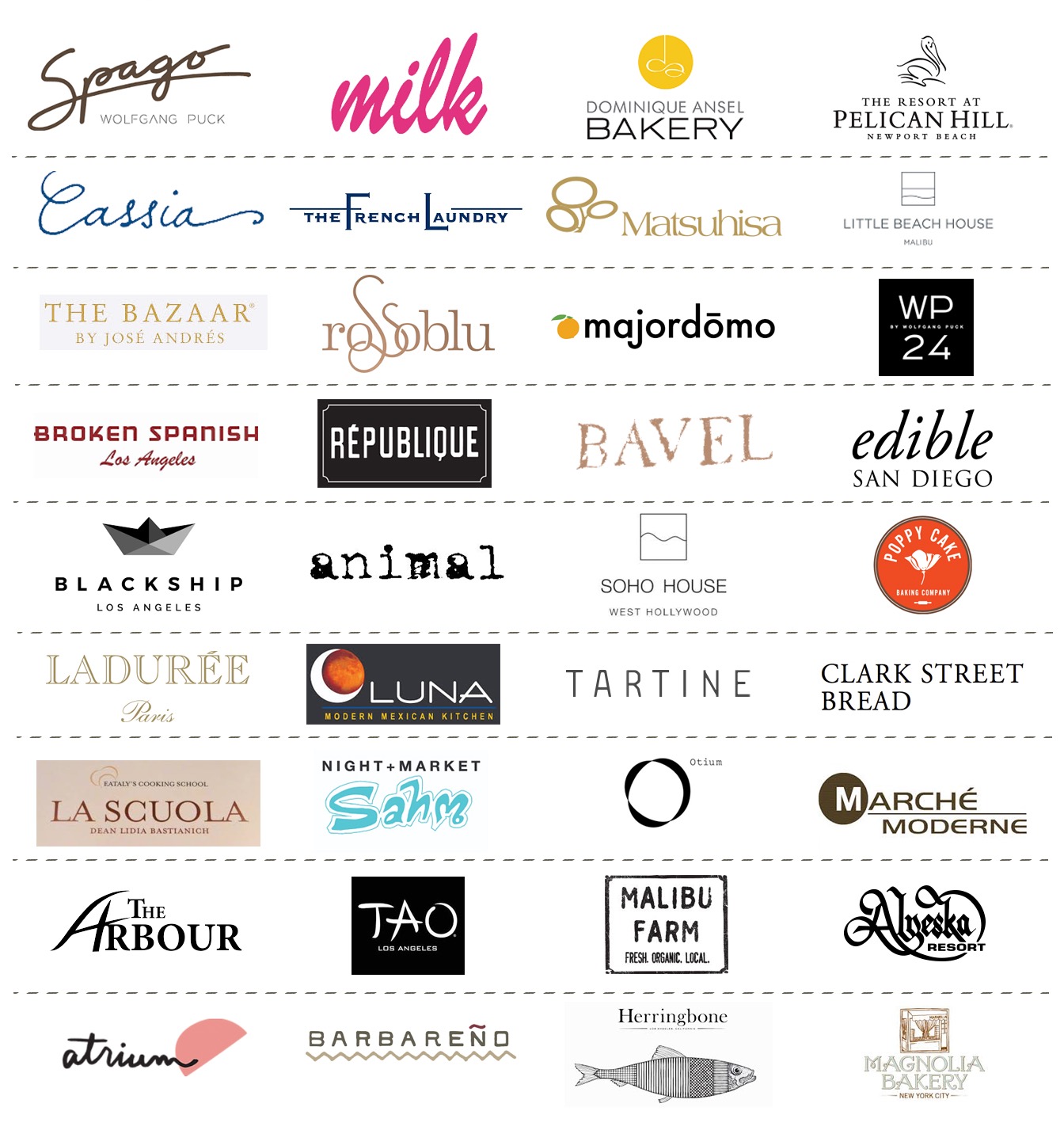 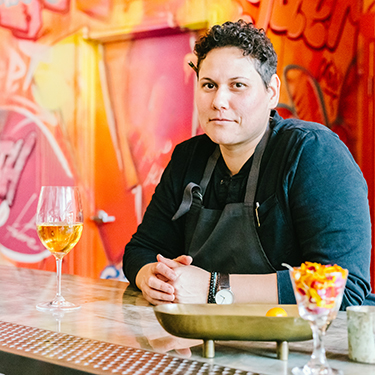 "The students from ICE are excited and engaged in the kitchen day in, day out. The base knowledge they have gained from their culinary program has given them a great stepping stone to succeed in a high-intensity kitchen like ours at Otoño." — Teresa Montaño, executive chef/owner, Otoño

Chef Teresa is a New Mexico-born, Los Angeles-based chef, best known for her first restaurant, Racion, which was on Jonathan Gold’s 101 Best Restaurants List from 2013 to 2015. Otoño opened in 2017 and features “modern Spanish cuisine,” influenced by Montaño’s travels in Spain, particularly the Catalan and Valencia regions.

“The students we have hired upon graduation from ICE have unwavering, positive attitudes and desire to learn and grow. These individuals have proven very reliable, passionate and eager to improve their culinary skills by any means necessary.” — Justin Katsuno, executive sous chef, Spago, Beverly Hills

Chef Justin has been with the Wolfgang Puck Fine Dining Group for more than 10 years. He graduated with a B.B.A. from the University of California, Berkeley. 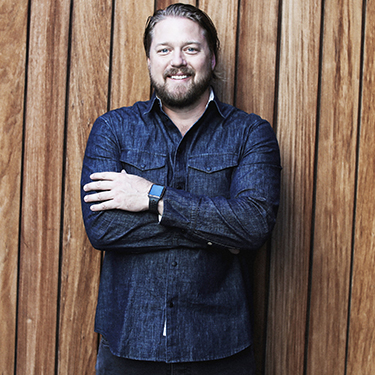 “I appreciate the dedication that ICE has towards the next generation of chefs. The ICE students we have hired are dedicated, hardworking and ready to be immersed in the fast-paced environment of the professional kitchen.” — Tim Hollingsworth, executive chef/owner, Otium and Free Play

Opened in 2015, Otium is an all-day restaurant with an "eclectic, vibrant and seasonal" menu. Free Play is a restaurant and bar where guests can play games. Before moving to LA, Chef Tim worked at The French Laundry for 13 years, including four years as chef de cuisine. He has won a James Beard Award for Rising Star Chef of the Year and won “The Final Table,” a global culinary competition series on Netflix.

What is an Externship?

Similar in concept to a culinary internship, these paid or unpaid placements are chosen at a student's discretion with the assistance of Career Services advisors. Each externship is designed to fit the interests and career goals of the individual student, and externships consistently prove to be an exceptional opportunity for hands-on training and networking at the heart of the industry. What’s more, many externships lead to job offers and full-time employment.

How Do They Work?

The final course of our Culinary Arts and Pastry & Baking Arts programs is a 210-hour externship at a restaurant, bakery or other culinary business. Students gain experience working in the professional environment of their choosing to practice the skills they learned in school and round out their ICE education.

ICE has placed more than 50 of the first Los Angeles campus students in externships at prominent establishments such as The Arbour Pasadena, Dominique Ansel Bakery LA, Majordomo, Momofuku Milk Bar, Otono, Rossoblu, Spago Beverly Hills, Soho House, Tao Los Angeles and WP24. Getting your foot in the door with one of these organizations could be the start of the career you've been dreaming of.

Choose your path, and make your success.

An ICE externship gives you a chance to customize your education. For example, if you’ve always dreamed of working in a sushi restaurant, food truck, butcher shop or artisanal bread bakery, we can gear your search towards the goal of placing you in that particular type of establishment.

Some students also choose to pursue externships outside of the restaurant environment. For students passionate about food media, we've facilitated externships at Food Network, Every Day with Rachael Ray, Saveur, Tasting Table and Martha Stewart Living Omnimedia. In the catering realm, externship placements were made at Abigail Kirsch, The Cleaver Company and Oliver Cheng Catering.

Our staff has the connections.

Our faculty and advisors assess your culinary career aspirations, skills and academic record to pair you with sites that align with your goals and background. Each pastry or culinary arts externship is structured so that your performance is monitored by ICE’s professional staff, and subsequent feedback and evaluations are incorporated into your overall grade.

Most culinary schools in America and Europe require culinary arts externships as part of their programs. Employers and students routinely agree that it is a fantastic opportunity and provides both better training and stronger networking opportunities than a school-run restaurant that is insulated from the real world. When you're choosing which culinary school to attend, be sure to ask about externship programs and learn how each program incorporates in-the-field training into your education.

"The externship that I did at ICE actually was probably more important than any single step in my career afterwards. I wanted to be a food writer, so I thought that when I left ICE, I would go to extern at a food magazine. But my career counselor at ICE, not forced me, but certainly encouraged me to go into a top restaurant kitchen, to hone and round out the knowledge I had gained in the classroom. Having the strong culinary background that I learned from ICE really helped me with everything I have done since school. It gave me credibility in the industry, and gave me the language and the skills I needed to later stand beside some of the greatest chefs in the world."

♦ Gail's career path has included time in the kitchens of Le Cirque and Restaurant Daniel and as the Assistant to Vogue Magazine's Food Editor.

"The help I received from ICE on choosing the best externship for me played a crucial role in where I am today. At my externship at Water's Edge in Long Island, I worked under a chef who became a true mentor, Frederic Kieffer, with whom I went on to open Man Ray Restaurant in New York and L'Escale Restaurant in Greenwich, CT. The externship also gave me the unique opportunity to go directly on the line."

♦ The Blue Boar Inn & Restaurant is a multiple time winner of Utah's Best of State, as well as a Wine Spectator Award of Excellence.

Chef-owner of DPNB Pasta and Provisions in Nyack, New York

"ICE gave me the opportunity to quickly get my diploma and move in to the culinary field within a year. The instructors guided me to an appropriate extern site [Lupa Osteria Romana] that fit my abilities, and with a cuisine I wanted to be a part of."

Anthony's advice for culinary students is: "Use your free time to work and research what you want to do."

"My path was set by some very good advice that I received at ICE: Do your externship in a restaurant. My goal was to get into food media, but my restaurant externship at Blue Hill in Manhattan was invaluable. The experience let me make connections that have benefitted my career at every step. It opened doors. My advice now for current culinary students is to do your externship in a restaurant, and be willing to do anything anyone asks of you at any time. Be flexible. Be efficient. Have a sense of urgency, because everything you're doing really matters."

♦ Denise's career path has included stints in the kitchen at Fleur de Sel and on the editorial staff at Martha Stewart Living.

"ICE has changed my life and vision. So far, it's been a tremendous ride. From my externship at Per Se to Momofuku and then at El Bulli in Spain, I must say that I have been pretty blessed to have had such opportunities."

♦ Paras' unique career path has had him working in the kitchens of Chefs Thomas Keller, David Chang and the famed Ferran Adria in Spain — an incredible trio representing contemporary culinary excellence.

"The techniques and skills you learn at ICE are one thing, but ICE goes above and beyond by providing excellent Career Services. The incredible externship program helped me get my career going on the right path. Prior to ICE, I was working backstage at Radio City Music Hall. The school helped me find my new career in the pastry and baking realm, and now I'm doing what I love."

♦ Zac appeared on the premiere season of Top Chef: Just Desserts, making it all the way to the finale.

"The skills I learned in culinary class helped shape the fundamentals of my career, while my externship with Chef Michael Anthony helped take it to another level in the real world. The transition from school to a culinary career is made easier through the externship program. My current role is oriented more towards management than the kitchen, but, I could not perform my job at a high level without having that essential culinary education and externship experience."

♦ Omri is an executive in the highly regarded Union Square Hospitality Group's events and catering division.

"I did my culinary externship in the test kitchen of Everyday with Rachael Ray magazine and am continuing to work with them as a freelance recipe developer.  In fact, ten of my recipes have been published in a recent issue of the magazine. Getting my foot in the door as an extern was a great career move."

♦ Sonali has been appeared in cooking segments on Dr. Oz. While a student at ICE, Sonali won a Grey Poupon Mustard cooking competition - a $20,000 award!

"My time at Annisa as an extern was invaluable. No matter where you are, you get out what you put in. Never be afraid to ask questions. There is something to observe and learn in the kitchen at every moment and you have to actively seek out the information. When you show enthusiasm and a strong work ethic, chefs will notice you. And take notes. Always take notes."

♦ In May 2014, Mary was nominated as a semi-finalist for Eater's Young Guns, which aims to identify "the most promising up-and-coming talent in the restaurant industry."

"My externship was paramount in the launch of my career as an Owner of Maison Privé Chefs. The placement at Blue Hill (Chef Dan Barber) was a perfect match; I was hired on at the restaurant, and then worked at Blue Hill at Stone Barns for a total of four years. I would never have the advanced skills or training that I do now without the amazing background I received through my externship and subsequent employment."

♦ Jennifer founded this boutique catering firm, with her husband and co-chef. It focuses on local, sustainable and artisanal menus. Learn a bit more about how she found her culinary voice.

"My externship experience was invaluable — it gave me insight and experience that can only be learned by doing. Every day presented a new challenge to learn from. It was an incredible opportunity to work and train with such talented chefs."