May 28, 2021 by Kiri Tannenbaum — Director of Culinary Relations

In July 2020, Alex Clark, Kenji Alexander Chang and Patrick Claytor put on their chef whites to begin their post-military journeys at ICE.

From F-16s to Food Trucks

Alex Clark grew up in New York City in the same apartment as his extended family — aunts, cousins and grandparents — where food was a big part of his upbringing. He fondly remembers spending summers in South Carolina as a child, when he would watch his grandmother cook. In addition to sharing a love of food, his family shared a duty to serve. “My father is a retired 29-year Army veteran and my grandfather was a Vietnam veteran,” Alex told us. Seeking guidance and structure, he joined the U.S. Air Force after taking the Armed Services Vocational Aptitude Battery (ASVAB) test. Alex left New York for basic training in San Antonio, Texas, then headed to Biloxi, Mississippi, for technical school. “It was fun except for getting up at 5 a.m. to go to class!” he said. Soon, Alex became a non-commissioned officer in charge (NCOIC) of daily squadron operations of fighter pilots and a fighter squadron that flew F-16 fighter jets. 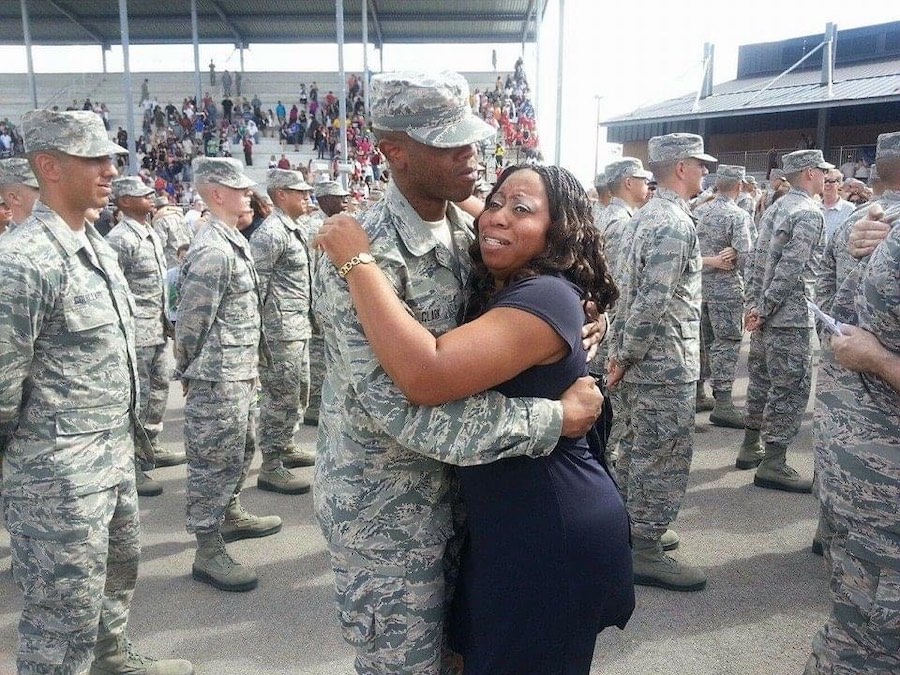 During his six years of service, Alex spent two years in Okinawa, Japan, and time in Scandinavia for temporary duty in Sweden, Finland and Iceland. When he retired from the Air Force, he knew what he would do next. “I started looking up top cooking schools and came across ICE,” he explained. “It has always been my dream to own a food truck or restaurant, and I knew there were certain aspects of cooking that I needed to learn.”

When the LA campus reopened for in-person learning with COVID-19 safety protocols in place, Alex enrolled in Culinary Arts. He donned his uniform and mask, quickly feeling at home in the kitchen classroom. “The skills I learned in the military transfer over to the cooking industry seamlessly: being able to multitask, to move quickly but accurately, most of all serving others, being a part of something bigger than yourself,” he explained. In addition to the familiar skills, he found a few fellow veterans in his classroom. “We immediately gravitated towards each other,” Alex said. “We've shared a lot of the same experiences in the military.”

Today, Alex's work at Thornton Winery’s on-site restaurant in serene Temecula is a far cry from his days as a staff sergeant in the Air Force — and he couldn’t be happier with his newfound career. “ICE has given me the knowledge and confidence to pursue my food dreams,” he said. “ICE has greatly prepared me to work in the industry by teaching me sound cooking techniques and food knowledge.” While this transplant misses “a good ol' New York slice” and relishes in everything bagels, butter crunch cookies and making fried chicken, when it comes to his future food truck, he has other plans. “Most of all I love breakfast food,” he divulged. “My food truck will feature a brunch-like menu.” 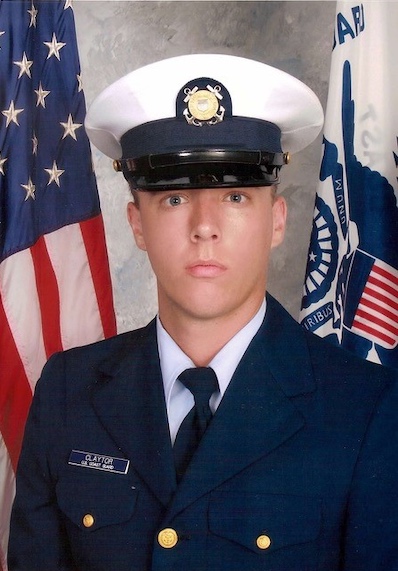 Always on the water, Patrick Claytor moved to Huntington Beach from Charleston, South Carolina, at the age of 10. When he wasn’t surfing in the Pacific, you could find Patrick aboard a boat or somewhere near the water. With a desire to explore beyond the Southern California coastline, he joined the U.S. Coast Guard at age 21. He trained as a boatswain’s mate in Portsmouth, Virginia, and eventually became a coxswain in Alameda, in the Bay Area, where he and his team worked counter drug interdiction, or as Patrick explained, “basically, busting drug smugglers from South America.”

Though Patrick admits it was not quite as exciting as it sounds, there were some headlining drug busts. “We would interdict them hundreds of miles offshore,” he said. During his last four years in the military, he returned to Southern California to be closer to family in Long Beach, where he had an opportunity to dive into the evolving culinary scene. “Seeing LA as a growing culinary city lit the fire in me to think that I could pull this off,” he said of pursuing a culinary career at ICE.

At home in his kitchen he experimented by making pasta from scratch for the first time. “I started reading cookbooks and it snowballed from there,” he said. Two years into reading about Sean Brock, the star chef from his hometown of Charleston, researching and poring through books, Patrick decided to gain formal training. “I wasn’t as good as I thought I could be and I wanted to push myself,” he said. “I saw it as an opportunity to grow.”

While he was admittedly making a mess in all of his friends' kitchens, he discovered ICE. “It just seemed like the best fit, and I was impressed by the pedigree of alumni from the New York campus,” he said. Several lessons stand out from his experience in the Culinary Arts program. “Creating your own menu and really being able to put your personality into your dishes was probably one of the most rewarding things,” he said, describing his final assignment. “Cooking for friends and family is probably one of the most rewarding things but hearing praise from those you respect in the industry, it was amazing to get that feedback.”

Patrick said his transition from the Coast Guard to the kitchen was fluid. “There are so many skills that transfer,” he explained, listing discipline, attention to detail, cleanliness, and overall, the brigade system. “The respect that you give your chef is the same with your supervisor,” Patrick said. Finding fellow veterans in his class was also a bonus. “We felt connected already. We are all best friends now. Going through similar life situations and coming from the military together, we shared a bond.”

Before landing his externship at boundary-pushing LA restaurant Vespertine, it seemed like working with Chef Jordan Kahn was a mere pipe dream. “The whole process of even getting my foot in the door at Vespertine was via Career Services with Rebecca Freeman,” Patrick said. “I have known about Vespertine for years, and it is crazy now to be working in that kitchen in the presence of Chef Jordan.”

As a prep cook, Patrick has been helping the modern restaurant recreate dishes for takeout. For example, the eatery executed Alinea’s greatest hits, including a black truffle explosion and a bacon dish that hangs from a wire. “It is mindboggling how they can take that menu and translate it into takeout,” Patrick said. “It is a special kind of talent.”

Meanwhile, Patrick is practicing his personal style of cooking at home. “I’m trying to focus on delicate flavors,” he said. “I like to focus on ingredients and build a dish around that to bring each to its full potential. That’s what excites me about my food right now.”

In the not-too-distant future, he has his sights set on becoming a sous chef with the long-term goal of opening a place of his own in Los Angeles or Long Beach.

Kenji Alexander Chang was a voracious eater before he joined the U.S. Navy, where he was not a big fan of the cuisine. “Some of my favorite things to eat as a kid were beef noodle soup, Taiwanese scallion pancakes, fried whole flounder fish, Vietnamese pho, Japanese red bean cake, dumplings, popcorn chicken and everything my mother made,” Kenji shared. He attributes his intrinsic interest in food to his family history. In fact, Kenji’s uncle was a chef for Chiang Kai-shek, the President of the Republic of China, at the Grand Hotel Taipei in Taiwan before moving to the United States and helping Kenji’s aunt and mother emigrate. Eventually, they relocated to the San Fernando Valley and for as long as Kenji can remember, food was an opportunity for family bonding.

“Most time spent together was either eating food or sitting around the dinner table afterward,” Kenji said. Kenji felt a pull to enlist in the military after graduating from high school, a result of his father’s mandatory military duty in Taiwan, which he credited with helping prepare him for life’s difficult obstacles. “As a kid I had an itch to join,” he said. “It’s the itch that separates the selfless from the selfish. I’m not saying everyone is selfish, but a majority of service members that I’ve met are pretty selfless.” He believes that altruistic act is the bond he shares with his fellow service members. “We are all willing to protect those we love, those we serve with and everyone back home keeping everyone safe."

After boot camp in Illinois, it was off to A-school in Pensacola, Florida, and then to San Diego, Hawaii and deployment in the Middle East. As an aviation boatswain's mate specializing in fuels, Kenji was part of a staff that managed reconnaissance and maritime security around the oceanfront, ensuring they were battleship ready at all times. “I worked the USS Essex (LHD-2) which holds jets,” he said. “And the carriers can send off aircraft and marines on small boats.” 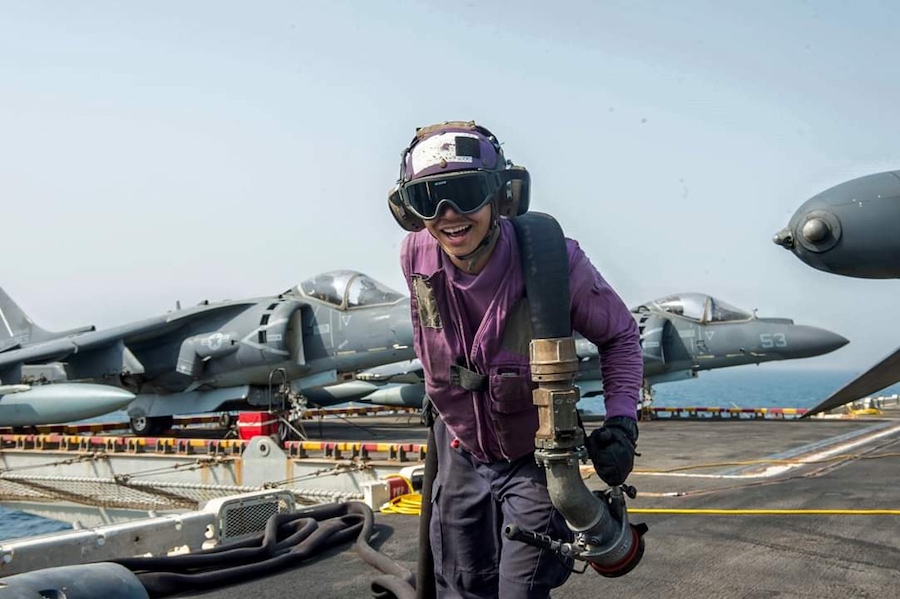 While aboard the boat, which held 1,700 troops and 2,000 staff, Kenji started cooking for himself as the food was, as he describes, “the worst.”

“I was 19 and had never cooked for myself,” he said. “I realized I should have spent those years watching my mother cook those dishes and taken some notes, as I cooked myself horrible dishes.” After his contract was up with the Navy, he decided not to re-enlist. However, it was unclear what he would do next.

Kenji turned to YouTube and Netflix and encountered an episode of “Chef’s Table” featuring Buddhist monk Jeong Kwan (who coincidentally visited ICE.) Jeong Kwan’s approach to cooking and respecting ingredients and the earth really resonated with Kenji, a fellow Buddhist. “That sat with me,” he said. “I would watch that and every time I would say, 'Is this it, do I have to do this?'” Jeong Kwan’s episode reinvigorated him to pursue his education in the Culinary Arts at ICE.

When he entered the kitchen, he didn’t leave behind the skills he learned in the military.

“Some aspects that still reside with me from the service are the attention to detail, the sense of urgency and integrity,” Kenji reflected. “Being in a structured, hierarchical work environment is when I tend to move the best. I enter a hyper-focused mode with a pinch of OCD; I can get things done.”

In addition to rediscovering his fastidious nature, Kenji has tapped into his creative side. “I love art. When I was a kid, I remember drawing with black and white and getting color was a game-changer,” he said. “When cooking, we have flavors and kitchen tools and we’re playing with food — nothing gets better. It just makes sense to me and I’ve fallen in love. I am excited to see where my culinary voice leads me in the near future.”

Read more about military and veteran benefits available at ICE.