Spaghetti alla Chitarra is a regional pasta from Abruzzo. The noodles are made with, just as it sounds, a guitar, which happens to be Chef Kalman’s muse. In fact, he owns three: a Taylor six-string acoustic, a Yamaha 12-string acoustic and an electric Gibson, which he likes to jam out on with ‘90s grunge, '80s hits and current rock. “In the case of artisanal pasta, [the chitarra] is a wooden box laced with guitar strings that cut sheets of pasta into square, thick-cut spaghetti noodles,” explains Chef Kalman. The trick is placing the dough over the strings and pressing a rolling pin over the tense wires. Before that’s mastered, the keys to preparing this spaghetti, and really any pasta, are to not over hydrate the dough and make the dough by hand (whenever possible). The last pointer is to experiment.

“Experiment with doughs for different types of noodles using different flour and adjusting the method,” says Kalman. “For instance, roll more or less time for a stronger bite versus a softer dough.” If you can’t source a chitarra, substitute the spaghetti with dried pasta and prepare the simple, yet transcendental tomato sauce. Here's the complete recipe. 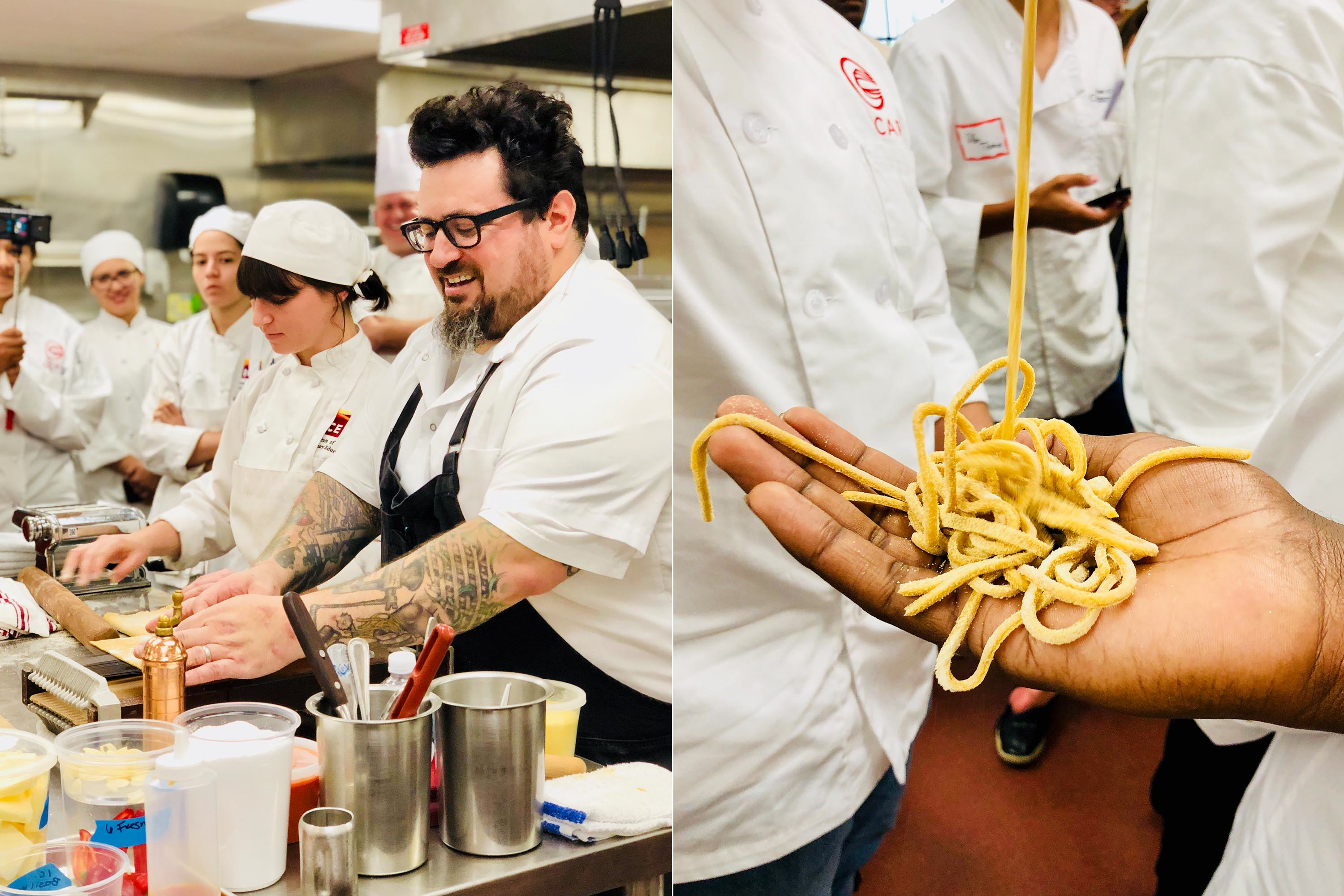 *You can substitute dry spaghetti or fresh, store-bought noodles.

I love the spicyness of the sauce. Also the sauce sticks to the spaghetti. And finally the extra cheese to set it off!