A Chocolate Primer for Aspiring Chefs

A far cry from milk chocolate-coated candy bars, chef’s chocolate derives a flavor profile from variations in terroir, cacao percentages and sources. At ICE, chocolate is an integral topic in the Pastry & Baking Arts program, and it is important for those studying culinary arts to be familiar with the indispensable ingredient as it has sweet and savory applications. Here, we share insights from a Barry Callebaut lecture and tasting. 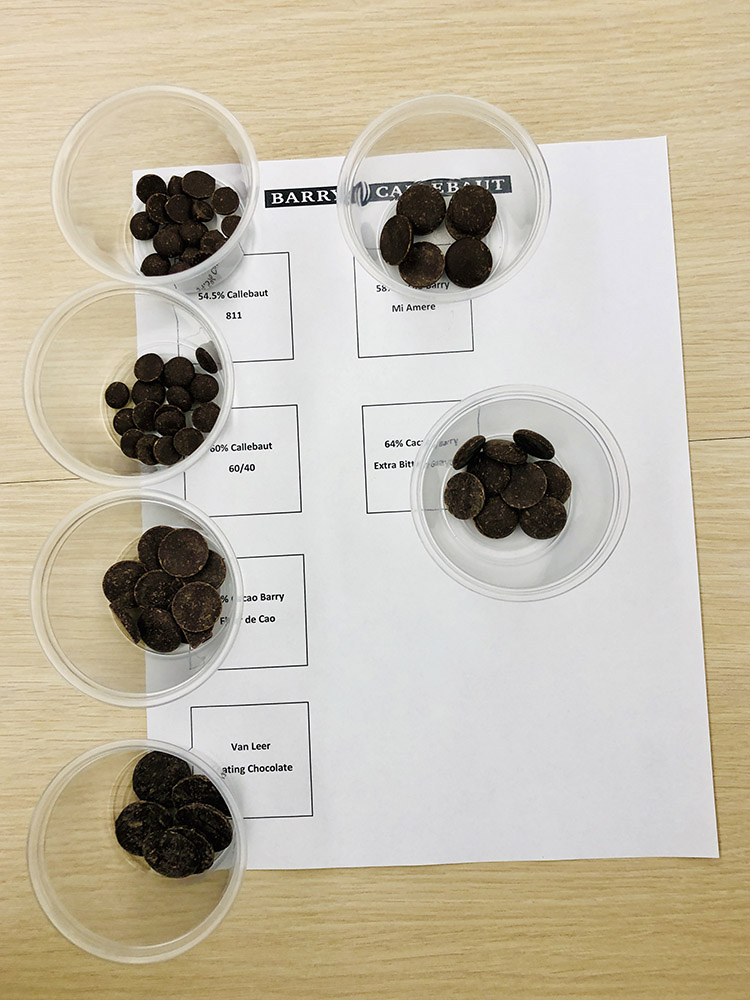 Indigenous to Mexico, as well as Central and South America, chocolate is the product of the cocoa or cacao bean, which grows on pod-like fruit from the cocoa tree. Aztecs were the earliest civilization known to experiment with the cocoa bean and consume chocolate, around 350 BC, in a bitter drink called xocolatl. More than two millennia later, chocolate is sold as three main products to the food industry: couverture, chips and chunks, and coating compound.

Couverture, used for molding when tempering, offers a higher amount of cocoa butter, above 32 percent, and generally is made from the highest-quality cocoa beans. Chips and chunks are bake stable, meaning they hold their shape when heated. Coating compound, also known as non-tempering chocolate, is used to coat cookies or strawberries, contains no cocoa butter and gets its chocolatey flavor from cocoa powder.

The percentages marked on packaging of dark and milk chocolates relate to the amount of cocoa liquor and sugar quantity in the product. Chocolates with higher percentages will taste more bitter. To properly store chocolate, keep it in a cool and dry space with low humidity — never store chocolate in a refrigerator or freezer or the moisture will cause severe damage. Chocolate has a longer shelf life depending on the percentage of cacao with the general rule of thumb: 24 months for dark, 18 months for milk and 12 months for white chocolate.

Explore ICE's bean-to-bar chocolate lab in New York and learn more about demos and lectures at the Los Angeles campus.