As a child in Queens, Charles Taylor (Pastry, ‘19) would bake box cakes and sell them at his church fair. He then dedicated 30 years to martial arts before pivoting back to pastry at the Institute of Culinary Education. 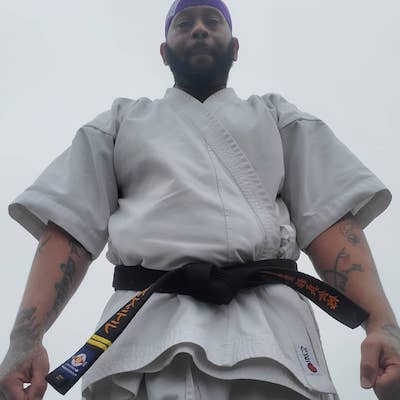 “My uncle was a pastry chef and I used to watch him make these huge, elaborate cakes,” Charles remembers. “I knew I wanted to do that someday, but I got into the martial arts with my cousin, Malik, and that dream went away for a long time.”

Charles concentrated on training through his adolescence and studied at Adelphi University after high school. When his father passed away in 1991, he was forced to drop out to help his mother pay the bills. Charles took on endless odd jobs, from security to sales, to make ends meet.

In 1995, Charles decided to enlist in the military. “I didn’t have a path and I wasn’t making enough money to help my mom, so I thought the military would give me what I needed to support her,” he explains. “As a martial artist, though, I was already disciplined and focused, so it didn’t completely fulfill me.”

When Charles returned home six years later, he started teaching kids karate at PowerPlay in Brooklyn. He gained a loyal following of students and parents by treating everyone equally and pushing each individual towards success. “If you teach them like a white belt, they’re always going to remain a white belt. If you train them like a black belt, they’ll eventually become a black belt,” he explains. 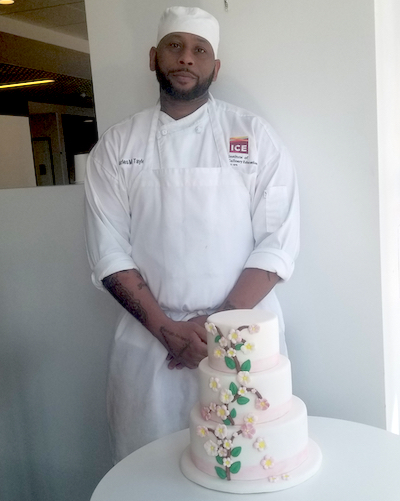 Charles was such a popular instructor that his students’ parents wanted him to open his own martial arts school. Coincidentally, his mother had just sold their house and the funds were available for him to rent a studio space and launch Saigo MMA. For years, Charles trained young men not only how to fight, but also how to be self-sufficient. “I would tell them, ‘You need to learn how to cook and take care of yourself. You can’t rely on anyone else to make sure you’re going to eat,’” he says.

Unfortunately, Charles had to close Saigo MMA during the financial crisis of 2008. For the following decade, he acted as a personal trainer, using his martial arts background to whip adults into shape. He also continued to work with select karate students and accompany them to tournaments.

In 2018, Charles began to feel the effects of decades of physical training and to reconsider his future. “My body was falling apart because I sacrificed myself to train others and make others better,” he says. “There is no retirement plan for a personal trainer. There was nothing that I could transition to.”

Then, Charles remembered his first love: baking. He decided that he wanted to go to culinary school, and people in his life wanted to pitch in. “I started a GoFundMe and my clients basically helped me achieve my dream,” Charles reveals. “I always made sure my clients weren’t just clients. They always became family and friends.”

Thanks to their generosity, Charles enrolled in Pastry & Baking Arts at age 47. “I was literally the oldest one in class,” he recalls. “There was an older woman in the class, too, and they used to call us ‘mom and dad.’ I hadn’t been in school since college in the ‘90s, so it was new for me. It was scary and amazing all at the same time, but I would do it all again.” 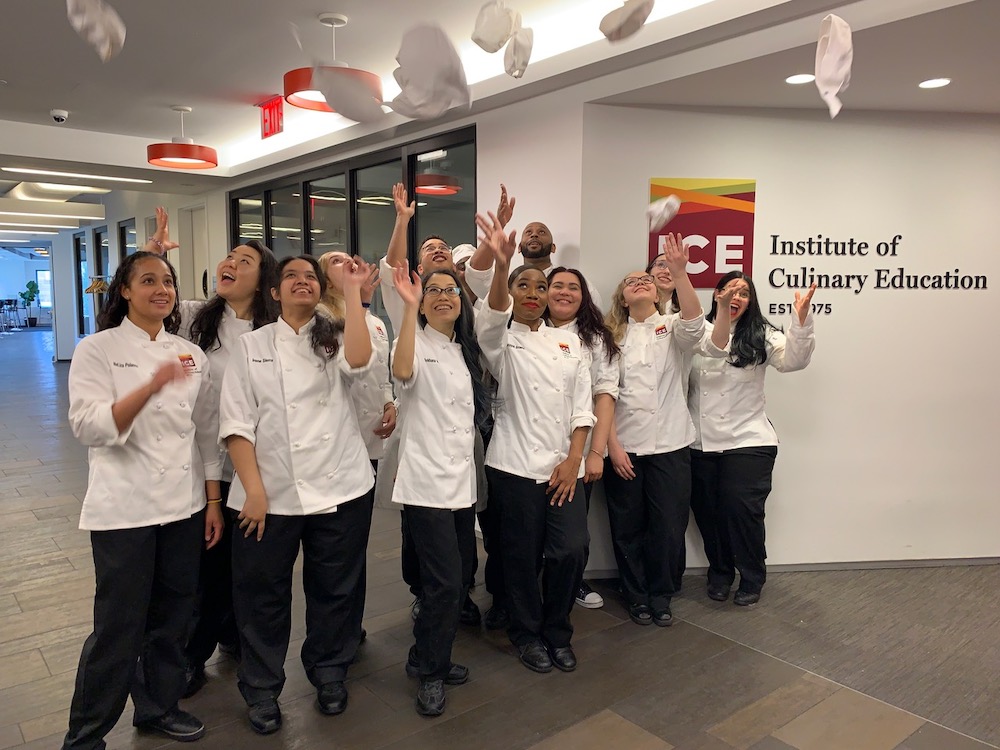 Charles completed his externship hours as he worked full-time at New York City cookie mecca Levain Bakery, co-founded by ICE alum Connie McDonald (Culinary, ‘93). He started out as a second baker, mixing dough for cakes and breads, before he was promoted to first baker, which meant he would bake everything off in the morning.

In October 2019, Charles left Levain to have rotator cuff surgery and spent a handful of months recovering. On an internet deep dive, Charles discovered an organization called the Center for International Career Development that would set him up with an apprenticeship across the Atlantic. “I knew I had to go to France because that’s where you go to become a better pastry chef,” he reasons. “ICE instructors are the main reason I’m here: Without Chef Penny Stankiewicz and Chef Carmine Arroyo writing amazing recommendation letters on my behalf, it wouldn't have been possible. Lead Chef Jeff Yoskowitz signed off on it as well — they made my dream a reality!”

Though Charles was supposed to depart in September, his plans were delayed due to the pandemic. In mid-December, he finally arrived in L'Isle-sur-la-Sorgue, a town in southeast France, for a six-month stint at Eugénie Salon de Thé et Pâtisserie (a tea room and pastry shop) with a head chef who speaks minimal English.

“It’s intense,” Charles admits. “It’s like working in a high-end restaurant. They want things done fast, and they want them done right. Not knowing the language is definitely challenging. I don’t know anybody here. That’s the hardest part for me, not having human contact. I feed off of people’s energy. Coupled with learning new things as a chef, it’s definitely difficult.”

Despite the challenges, Charles is embracing the adventure. The place is beautiful, the locals are friendly, and the education is unmatched. The experience has even inspired Charles to consider opening his own pastry shop in a small village one day. “There’s a saying, ‘If your goals don’t scare you, they’re not big enough,’ and I live by it,” he explains. “You should have some fear. There should be some doubt because that’s what’s going to drive you. That’s what’s going to make you better.”

Read about other athletes who attended ICE, and explore your own career change.