Athletes in the Kitchen

The culinary industry attracts career changers from all areas, including from the world of sports, as we have witnessed recently at ICE.

Institute of Culinary Education students and alumni Shaun Cody, Robert Hennings, Madison Rowland (Management, ‘19/Culinary, ’20), and Stephanie Lau (Management/Pastry, ’20) know that practice, training and focus are keys to success in sports and the restaurant industry. These former athletes came to ICE to pursue their passions in the culinary arts after years of passion on the field, rink, court or fairway.

From Football to a Future in Food

During the eight years Shaun Cody played professional football with the NFL, he had one thing on his mind off the field: food. “When guys on the team would be excited about seeing a landmark, I was like, 'I want to eat,'” Shaun remembers. “The highlight [of travel] was not only playing another team but being able to experience that city’s cuisine.” 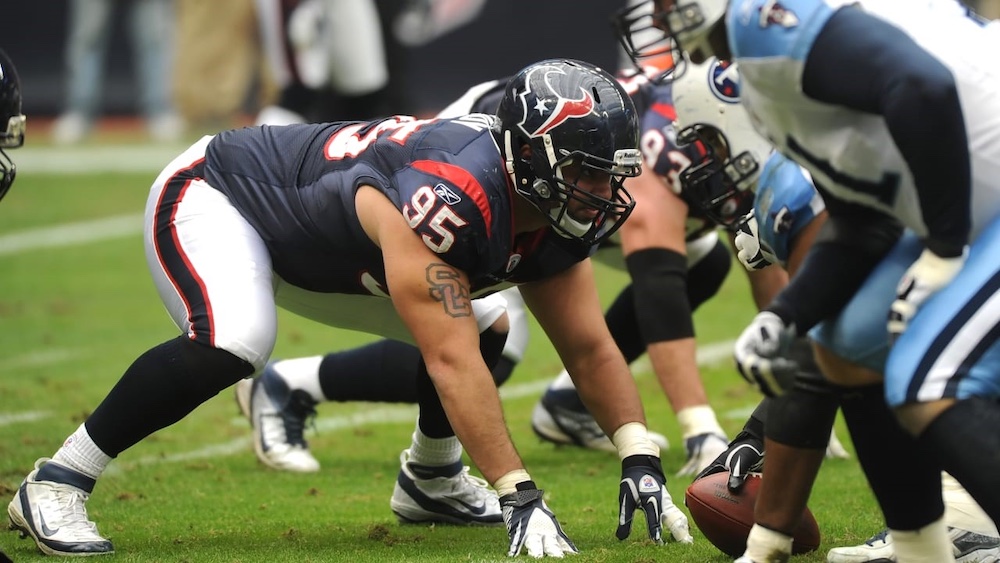 Ranked as the No. 2 defensive tackle in the 2005 NFL Draft, Shaun went from USC in Los Angeles to Detroit to play for the Lions. His brother joined him in the Motor City and the two enjoyed home-cooked meals and traveled together in the off-season to Chicago — just to eat. Later, when Shaun went to play for the Houston Texans, he would head to Austin for the same reason. “In Austin, we loved the amazing barbecue,” he says. “I'm friends with Chris Shepherd, the chef at Underbelly in Houston, who sent me to a lot of places.” 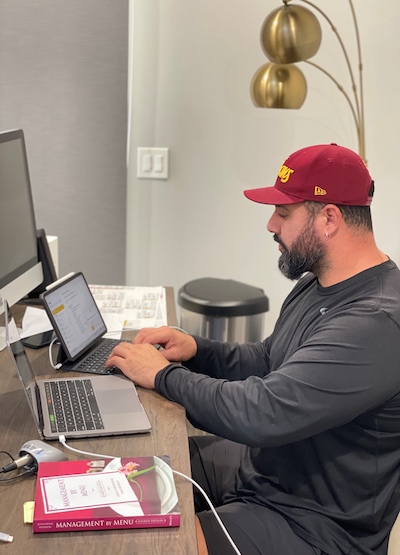 After retiring from football in 2013 due to injuries, Shaun returned to California with the idea that he and his brother would finally turn their dream of opening a restaurant into reality but with cautious optimism. “It was always a negative idea as some former players have gone belly up,” he says. He told his brother, “Lets’ do it right.” Shaun decided first to enroll in Restaurant & Culinary Management at ICE, beginning classes in October. “I wanted some schooling and not to just shoot from the cuff,” he says. “Going to school first was a safer route to take.”

After being the team captain during his senior year at USC, Shaun already sees similarities between playing on the field and running a restaurant. “It is the same kind of leadership role, people are looking to you to make decisions, and I can see how [those skills] can transfer over.”

Stephanie Lau started playing golf at just 6 years old. It wasn’t until she was recruited to play in college, when the team aspect of the game came along, that she grew to love it. “In college, there is more camaraderie and closeness, which correlated to me playing better,” she says.

While Stephanie was honing her golf game prior to college, she was also training her palate to understand baked goods. “My parents are in the wholesale bakery business,” she explains. “My dad would bring home test products and ask what we thought about this or that.”

In college, she began experimenting with her own baking, from cookies to lemon bars. “I had late-night baking sessions, and they were my stress relief,” she says. Stephanie was named Big 10 Player of the Year, runner-up of the Women's Amateur Championship and part of a group of women that was the first to play a competitive round at Augusta National. But when she graduated from Northwestern in 2019, Stephanie made the tough decision to not turn pro. 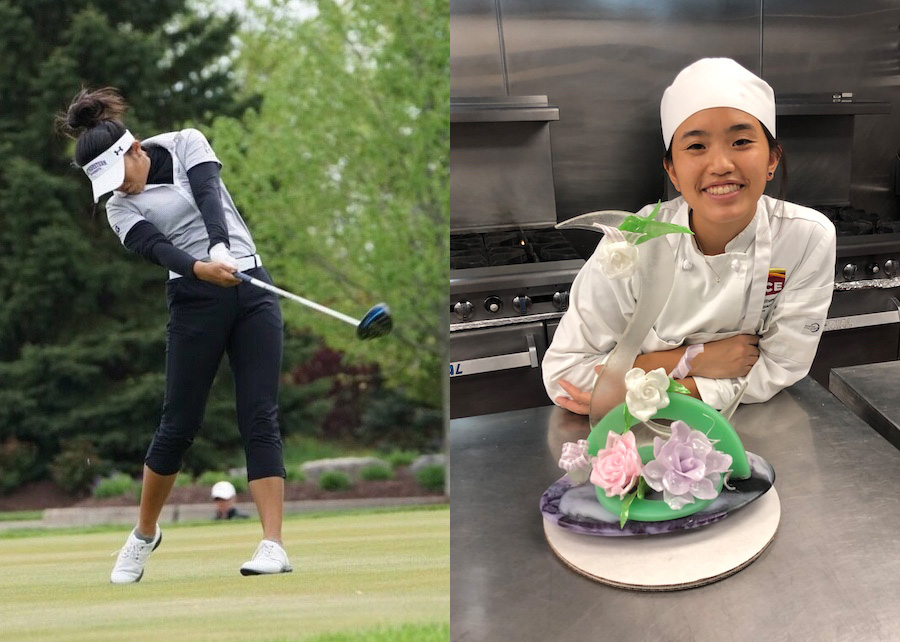 The people around her reminded Stephanie how much she loved food, and she enrolled at ICE. “Going to culinary school was a last-minute decision, but for me, it symbolized continuing to explore this industry to see where I could fit in,” she says. After graduating this year, Stephanie plans to combine her knowledge from Pastry & Baking Arts and a dual diploma in the management program to eventually open a café. “I’d love to open a space for people where they can gather and enjoy really good food.”

Experience on an International Court Translates 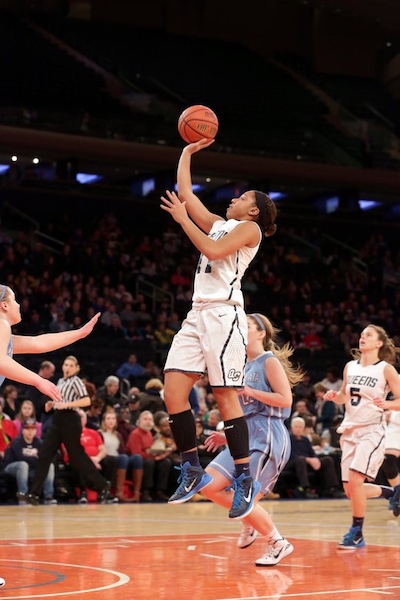 A stint as a professional women's basketball player in Portugal led Madison Rowland to pursue a Culinary Arts diploma at ICE’s Los Angeles campus. A threat on the court, Madison was the all-time leading scorer at Queens College and led the country in steals four years in a row. She was the only NCAA player (in all three divisions) to make 2,000 points in her career in addition to 1,000 rebounds, 400 steals, 400 assists and 100 blocks. Madison also has moves in the kitchen.

After living on the island of Madeira, where she was stationed during her professional career, she started fantasizing about swapping the court for the kitchen. “Everything in Madeira was fresh and farm-raised on the island,” Madison says. “The produce, meat and fish were so good.” When her mother flew out for a visit, they took a culinary class which led Madison to launch a food blog and shift her focus to food. When she returned to the U.S., a friend suggested culinary school.

“I started googling, came across ICE and saw there is a campus in LA, and I really wanted to move to LA, so I went with it!”

The decision to dual enroll in Culinary Arts and management immediately paid off. “I really enjoyed going to class,” she says. “It was super hands-on. I love learning new things, and I was learning new things every day. I woke up every morning excited to go to school and that had a lot to do with the instructors and chefs at ICE.” Madison draws comparisons from her former profession as a basketball player to her culinary studies. “In a kitchen or on a basketball team, you play each person to their strengths and weaknesses — each person has to work together for the game.” 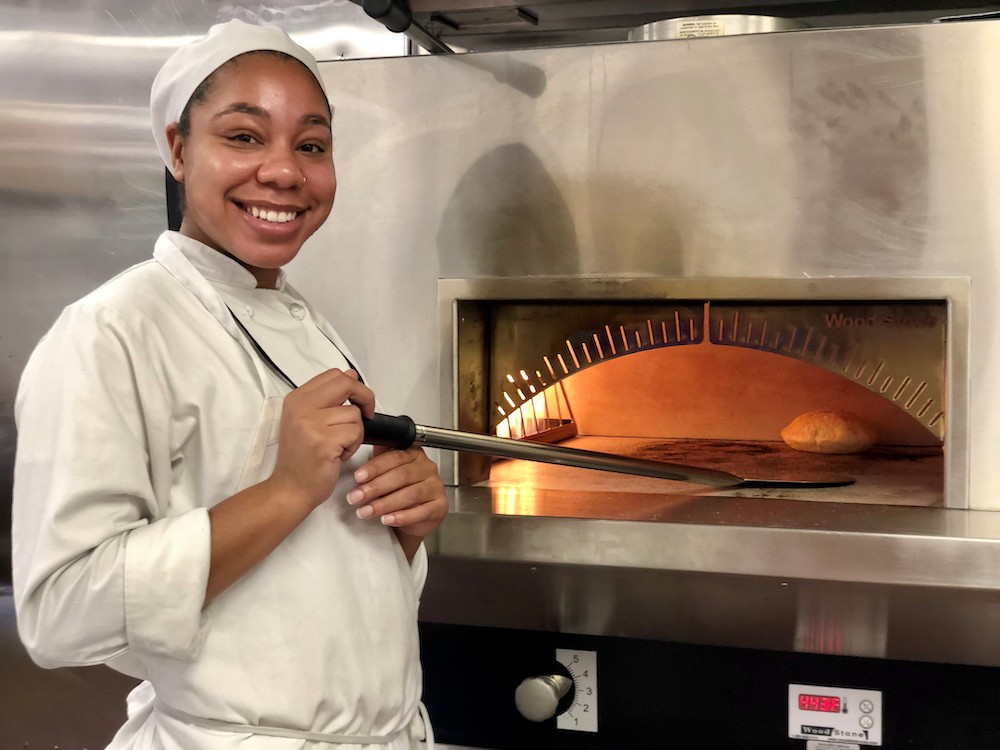 After an externship at Wolfgang Puck Catering and recipe testing for Immaculate Bites, Madison headed back to New York where she is currently cooking for private clients; selling her all-natural, gluten-free seasonings (under the label Made by Madi); and teaching virtual cooking classes. “Going to ICE really opened my eyes to a lot of jobs in the food industry I didn’t realize,” she says.

“I was just thinking about opening a restaurant, but there are so many more opportunities in the food world.”

Bringing Competition into the Kitchen Classroom

Taekwondo champion Robert Hennings already had a successful career as an athlete, and now he’s adding a Culinary Arts diploma to his long list of accomplishments. Born in Pasadena and raised in Long Beach, California, Robert joined a local martial arts studio at just 5 years old. Robert placed nationally on two occasions at the World Championship in Taekwondo Poomsae.

While training in poomsae (a sequence of movements) at the age of 9, he fell in love with ice skating, eventually competing in figure skating pairs as part of Team USA for three international competitions. This led to a career touring as a skater with little time off — until COVID-19 hit. His performances were canceled and he was unsure when he might return to the ice. Robert comes from a line of bakers, like Stephanie, and he turned to the familiar. “My mom is a cookie baker and that’s how my grandfather made his living — selling cookies,” he says. “It was another path I had that I really wanted.” 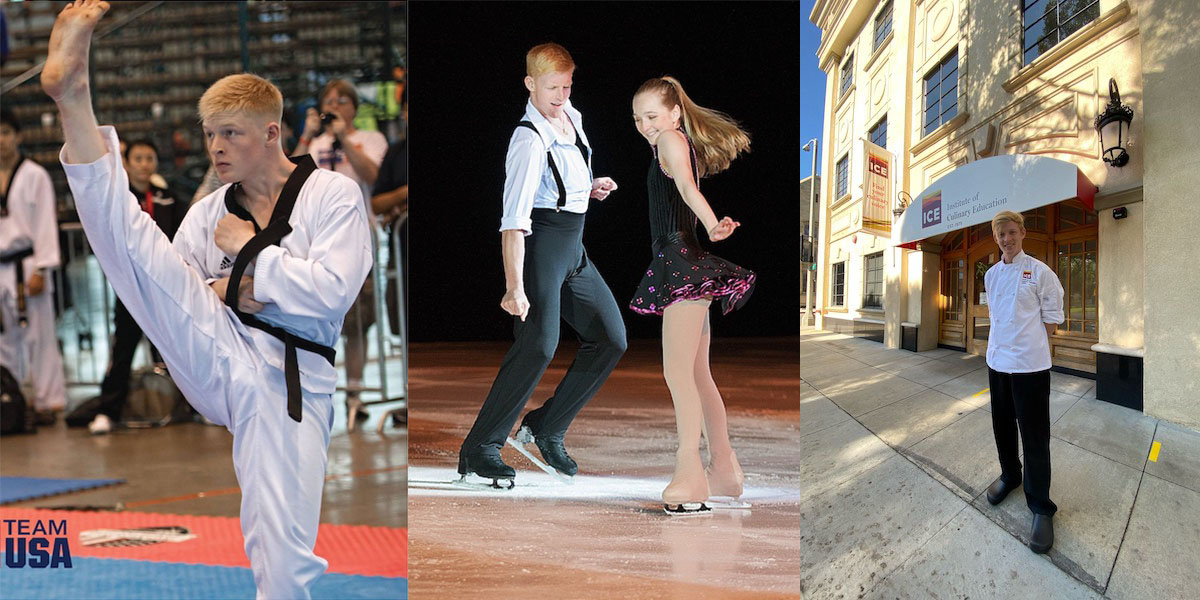 As a skater, Robert was attuned to the foods his body craved for peak performance. “From competing, I enjoy which foods worked well for my body if I needed more fiber or carbs or if I needed more fat or salt or amino acids to perform my best,” he says, approaching school like skating. “Every day is competition day.” That means sticking to a regimented schedule and being hyper-prepared.

“I get the feeling like when I would psyche myself into it,” he says. On a typical day, he gets up at 6:30 a.m. and has coffee before reading his recipes and preparing for class. “I have a very strict schedule because that’s what I need it to be. Figure skaters are very superstitious and if something goes wrong, you look back and see what you did wrong earlier in the day.”

Once in class, Robert pays strict attention to detail, especially to his mise en place. “The chefs remind me of a lot of coaches I’ve worked with,” he says. “You don’t want to go up and ask them what to do, you should already know. It proves a genuine comprehension of the technique when you can recognize your mistake, what went wrong and needs to be fixed, and move forward from there.”

Now, Robert works to please his chef-instructors instead of an audience. “When I made ratatouille and beef bourguignon, it was really encouraging to hear their feedback, and I realize how much I feed off of that,” he says. “When I perform and see the audience cheer or laugh and respond, it is extremely encouraging — it’s an adrenaline rush.”

Pursue a future in food after a sports career in a year or less at ICE.