In New York City, we may look first to the New York Times or other local publications for restaurant ratings, but on the international stage, there is no more respected standard of excellence than the Michelin star. 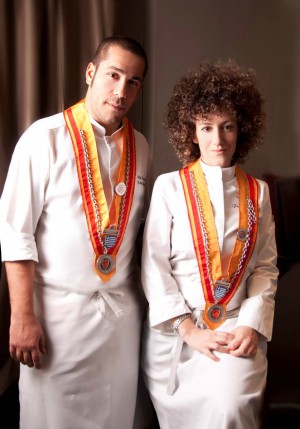 As those familiar with Michelin well know, the stars are often concentrated in certain cities of excellence—for example, Paris or Tokyo—and earning multiple stars outside those well-frequented cities is an especially challenging feat. That's why we're thrilled to announce that two entrepreneurial ICE alumni, Georgianna Hiliadaki (Culinary Arts/Culinary Management '03) and Nikos Roussos (Culinary Arts '03) have risen to the top of the pack. Their restaurant—Funky Gourmet in Athens, Greece—is one of only two 2-star Michelin restaurants in the whole country. We connected with the creative pair to learn how their time at ICE influenced their innovative style.

Nikos was working in his family's silversmith business while Georgianna had just graduated from the University of Reading in the UK with a degree in European Studies and Italian. We loved the fact that the classes at ICE were hands-on, with many opportunities to practice our skills.

Where were your externships, and what did you learn from the experience?

We both did an externship at Kitchen 82, which was a very casual Upper West Side restaurant. Looking back, we’d say that it was a good experience, but perhaps a different choice—one more on a par with the cooking skills and techniques that we had acquired at the school—would have been better. Chef Ted strongly opposed our decision and with hindsight, we can admit that he was right, something more upscale would have been better. Our advice to other students would be to try to take advantage of the name of the school and go to the best restaurants of the country, even if they are outside of New York City (Alinea, the French Laundry, etc.). 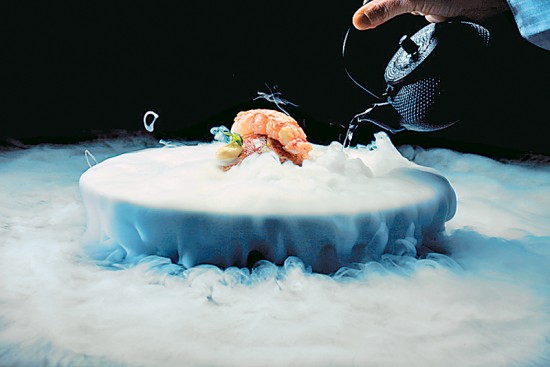 Can you describe the journey from graduation to Funky Gourmet?

For a couple of years, we both worked in different restaurants in Athens. After that, Nikos went to Amsterdam and worked there for a year while Georgianna did an internship at El Bulli in Spain. When we returned to Athens, we started a private chef business, which in 2009 evolved into the Funky Gourmet restaurant. The rest is history!

The truth is that Funky Gourmet has traveled along an amazing path. In 2012, after just two years of operation, the restaurant was awarded its first Michelin star. Then in 2013, TripAdvisor ranked us as the 6th best restaurant in the world. Most recently, in March 2014, we are very happy and proud to have been awarded our second Michelin star. 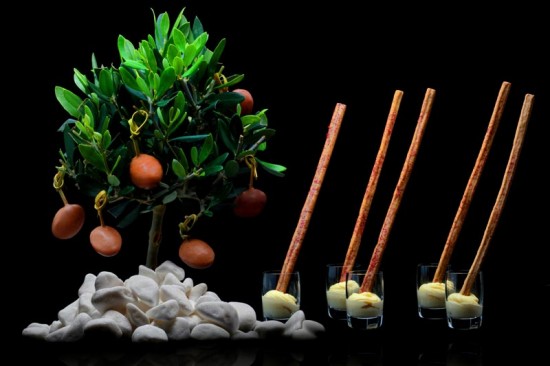 Can you describe a day in the life of Funky Gourmet?

Things are pretty hectic, as you can imagine. On the restaurant's operating days (Tuesday to Saturday) we begin work at 14:30. Our responsibilities are in the kitchen, supervising and helping with the food preparation, but at the same time we have to take care of a million other things that have to do with the restaurant. Since we are both chefs and owners, there is a lot to think about, organize and manage on a daily basis. At 17:45, there is a break in the kitchen and we spend the next 15 minutes cleaning up. At 18:00, we all sit down together for our family meal. At 18:30, we go back for last-minute preparations, and at 19:00 we have our daily meeting with the staff. The restaurant opens its doors at 19:30 and we take last seating at 22:00. Around 2:00, when the last customer has left and everything is in place, we are ready to call it a day.

What might people be surprised to learn about your work?

We will never forget what Chef Ted told us from day one at ICE: "Don’t expect that when you complete your studies here you can actually think of yourselves as Chefs. Even the dishwasher in any kitchen will know more than you—how to cut better, be faster, etc." You have to put loads of effort and dedication to achieve something great as a chef.

The big news really is that we are just about to open an all-day, modern Greek restaurant in London called OPSO! But down the road, we'd love to see ourselves somewhere between Athens, London and—why not?—NYC.