The vegetarian chef shares her career path, passion for creativity, and mindfulness about plants and the planet.

Chef Missy Smith-Chapman grew up in a vegetarian household in Pasadena, where fresh fruit and vegetables were sourced from the family’s garden, which served as the inspiration for nightly dinners. During her undergraduate studies at Cal Poly Pomona, Chef Missy took a macrobiotic course that sparked her interest in going on to study culinary arts at the Southern California School of Culinary Arts.

Chef Missy remembers her “hippy-spirited” parents taking her and her sister along for sit-ins, protests and the occasional Hare Krishna event when she was a child, not because they were part of the movement, but to sample the vegan fare. With a career that’s covered many aspects of the industry from catering to food styling, Chef Missy brings 20 years of professional culinary and pastry experience, plus lifelong vegetarianism, to the Health-Supportive Culinary Arts program at our Los Angeles campus, where she emphasizes the importance of wellness.

Her work experience began with working prep and managing the salad bar at a local deli when she was a teenager. Chef Missy wanted to prepare the pizzas but she couldn’t reach the top deck oven. Despite her vegetarian diet, she did not shy away from learning about meat. The Italian owner of the deli taught her how to smell sausage and tell if it was good.

Her desire to be exposed to all aspects of cooking was impacted by “The Joy of Cooking,” a gift for her 10th birthday, and her grandfather an engineer who built her a dehydrator for preparing homemade soup mixes, fruit leathers and dried fruit.

“That was really exciting for me,” she recalls. “I was always experimenting and cooking at home, and I would end up selling things I made in junior high.”

Chef Missy also made her own yogurt, jams and marmalades because her family’s garden produced an abundance of seasonal fruits and vegetables including broccoli, cauliflower, spinach, lettuces, carrots, onions, garlic, tomatoes and peppers. Neighbors would swap goods by leaving baskets outside each other’s front doors. “It was urban foraging before urban foraging,” she explains.

While in culinary school, she worked for Joachim Splichal’s Patina Group, moved north to contemporary French restaurant La Folie in San Francisco, and later returned to Los Angeles to teach recreational cooking while catering at various Hollywood studios. Chef Missy’s affinity for specialized diets enabled her to design dishes for actors who required modified meals. “I ended up learning about how to cook without fat and how to cook without salt and make things really delicious and nutritious,” she says. 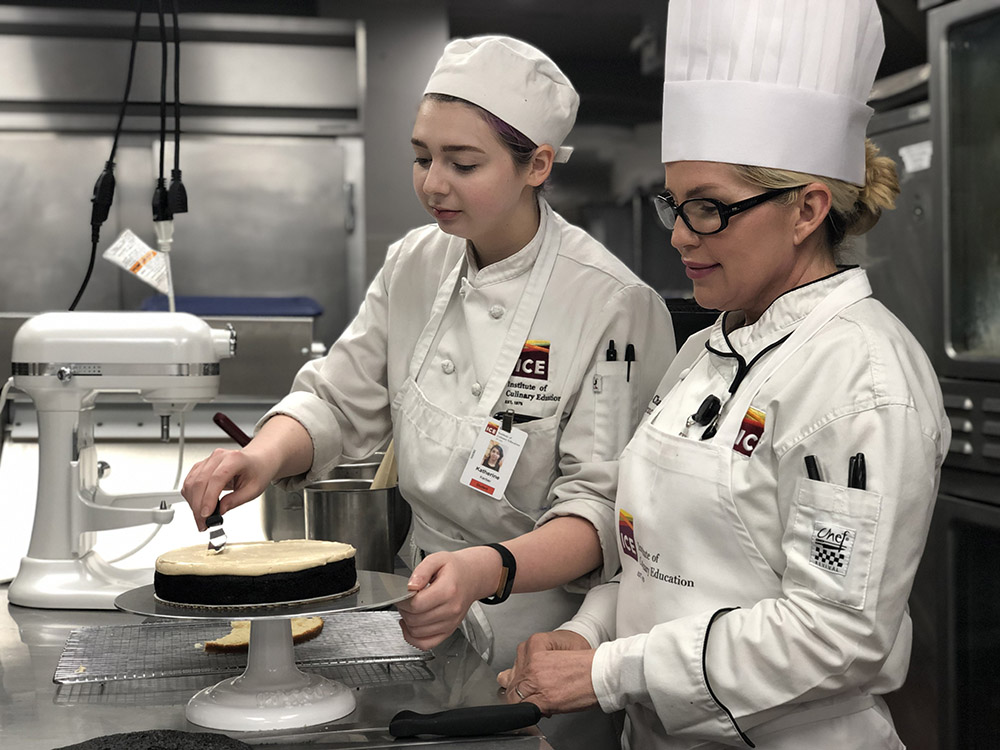 With one foot in healthful cooking, she felt a gravitational pull towards desserts, with which she can express her creativity. “I’m deeply connected to the art of it,” she explains, specifying chocolate and sugar sculpting and making celebratory cakes like Betty White’s 90th birthday cake and the Pasadena Playhouse’s 100th anniversary cake, as especially fulfilling. “The best part of pastry, unlike working with clay, wood or painting, is that you get to eat it.”

Chef Missy has taught baking and pastry arts for 20 years, adding Health-Supportive Culinary Arts to her repertoire last year and transitioning to lead chef last fall. “It was so easy to jump into this because this is how I live my life,” she says.

Each day before Chef Missy’s Health-Supportive Culinary Arts class, students arrive early. “We talk about what we’re going to do that day, but it’s usually about how everyone feels,” she says. “Did everyone sleep well? Does everyone have enough energy? Did you eat today?” If students respond that they are tired, Chef Missy prepares spa water to alleviate dehydration. “I want to make sure that they are starting out the class as the best person that they are that day,” she explains. When class time officially ends, Chef Missy’s students tend to linger and continue the conversation. “There are so many things we learn from each other,” she says. “There’s always new growth and new information.”

Though the program is relatively new, students have already successfully completed in-class hours and headed out into the industry for externships. “I have already seen the transformation that students have gone through,” she says. “A lot of them felt isolated in their food journey, but they have found a community of like-minded people here.” 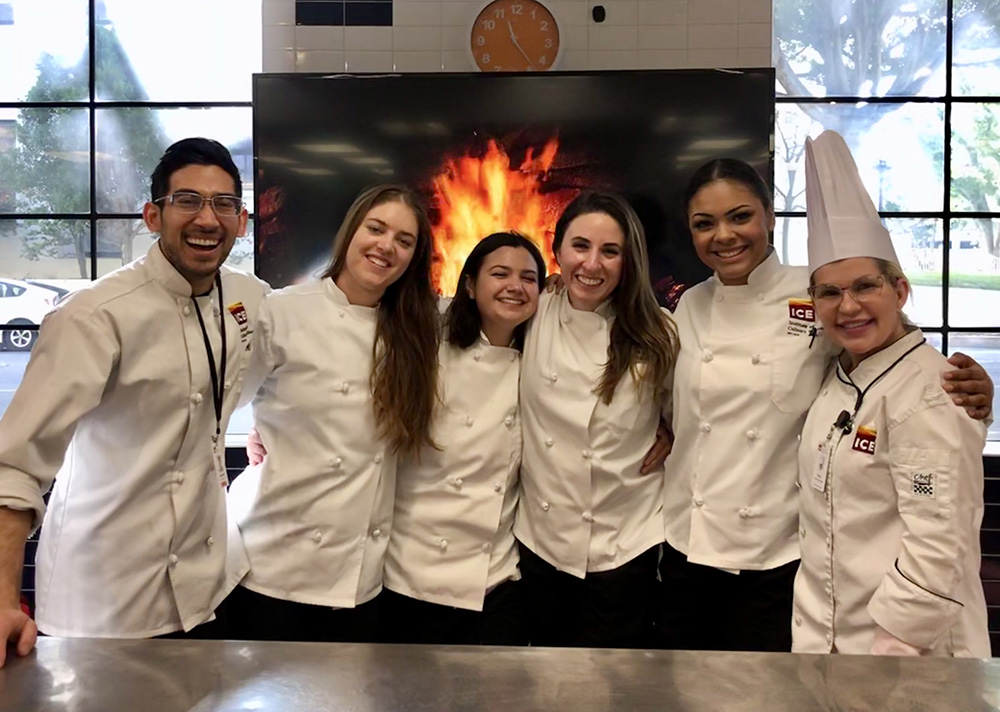 Chef Missy explains the flow of the plant-forward program: “Our curriculum is technique-based in the beginning,” she says. “Then we want them to have the freedom of building flavor and creating beautiful dishes because they have this pocket of skills they can apply. There is a freedom when you can do that.”

She emphasizes the program is not just about cooking, it promotes a lifestyle. “Regardless of if you eat meat or dairy, the goal is wellness.” Her hope is that her students take their education and do something positive with their knowledge. “I want them to go out and share and say that healthy food is beautiful, delicious and nutritious,” she says. “We will only be better, the better food we eat. A plant-based diet is good for the environment and for our overall health. We can have a healthier mind and make better choices, including better global choices. It’s not just about today, but about what we see 100 years from now.”