The party is a great opportunity for alumni to reconnect with the school and fellow ICE graduates. 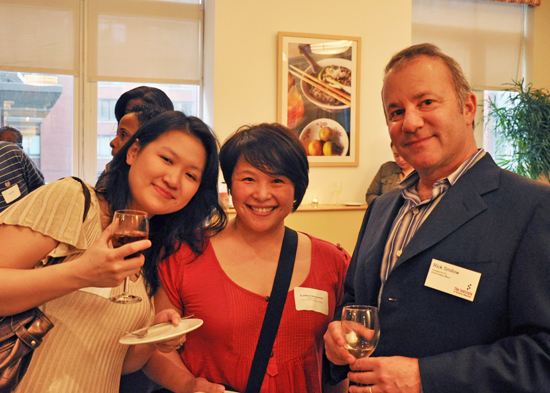 Alumni enjoy seeing their former chef-instructors at the event and, in many cases, the chance to make new ICE connections. As president of the school, it is gratifying for me to meet or reconnect with so many of our alumni and hear where they are at and what they are doing! Among the alum I spoke with to get an update were:

Kathleen Hernandez (2011) — She is a brand new graduate and is rising fast! She did her externship at Thomas Keller’s Bouchon Bakery. After that, they hired her for a permanent position. They are soon to open a new Bouchon Bakery location in Rockefeller Center. Kathleen has already been promoted, and will be the Chef de Partie when that bakery/restaurant opens!

Ray Jackson (1995) — Ray has been a journeyman chef in top kitchens around the nation, from Emeril’s in New Orleans to Norman’s in Miami and the Stanhope Hotel in NYC. Family brought him back to Westchester, where he is the Head Chef at the newly opened Alvin & Friends in New Rochelle. Focusing on contemporary Southern and Caribbean cuisine, the restaurant was just rated “don’t miss” in an April 9 weekend review in The New York Times. 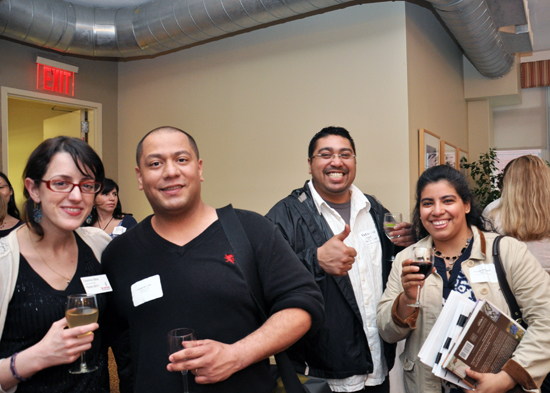 Dennis Gardon (2006) — This man did not expect to be at the alumni party. That’s because he is a line cook at the Las Vegas branch of NYC’s and Brooklyn’s popular Blue Ribbon restaurant. But out west, a water main break has closed the restaurant for six weeks. So Dennis came home for a visit and to look for stage opportunities in interesting Japanese restaurants, as that cuisine, with its aesthetic quality and detail, is his passion.

Orietta Rodriguez (2010) — Orietta has found a great way to combine her longstanding career and passion for all things culinary. During the week, she is still the Executive Assistant to the CEO of a regional medical center. But on Saturday and Sunday nights, she is the Pastry Chef at Terrazza, a mostly Italian restaurant in Nutley, NJ. It’s what she always wanted! 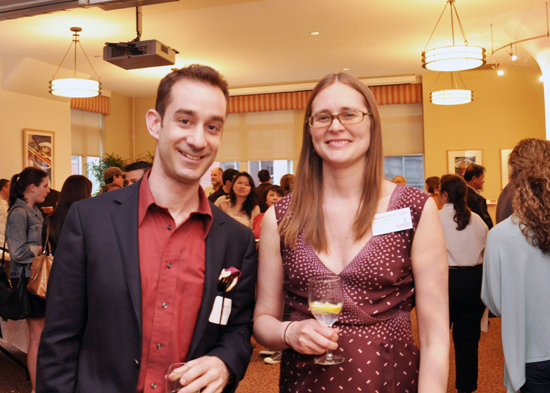 Joe Glaser (2007) — I was sort of bragging about ICE’s recent national TV appearance on NBC’s "Celebrity Apprentice," and Joe let me know about his personal TV success, of which we were not aware! Joe is baker/owner of La Bella Torte in Brooklyn. But recently, he appeared on TLC on three separate episodes of "Next Great Baker" with Buddy Valastro of "Cake Boss". Joe was winning the challenges until it came to cake decorating. Joe said he can bake his way into anyone’s heart, but cake decorating was not his strong suit.

Stephanie Levy (2010) — Stephanie externed and was hired as a line cook at Danny Meyer’s bustling Italian restaurant, Maialino. She was one of the very first externs at Maialino and was hired on as a full-time cook afterwards and is happily now tasked with producing all of the handmade pastas on the menu. 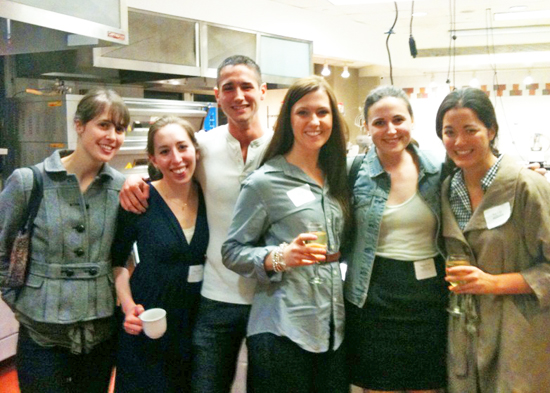 One of the great things about ICE is that the relationship doesn’t end at graduation. Our network of alumni and resources is always ready to help graduates’ professional development. And it’s always a joy to hear from these alumni who have found culinary careers they love. ICE is very proud of all our alumni and everything they have accomplished!