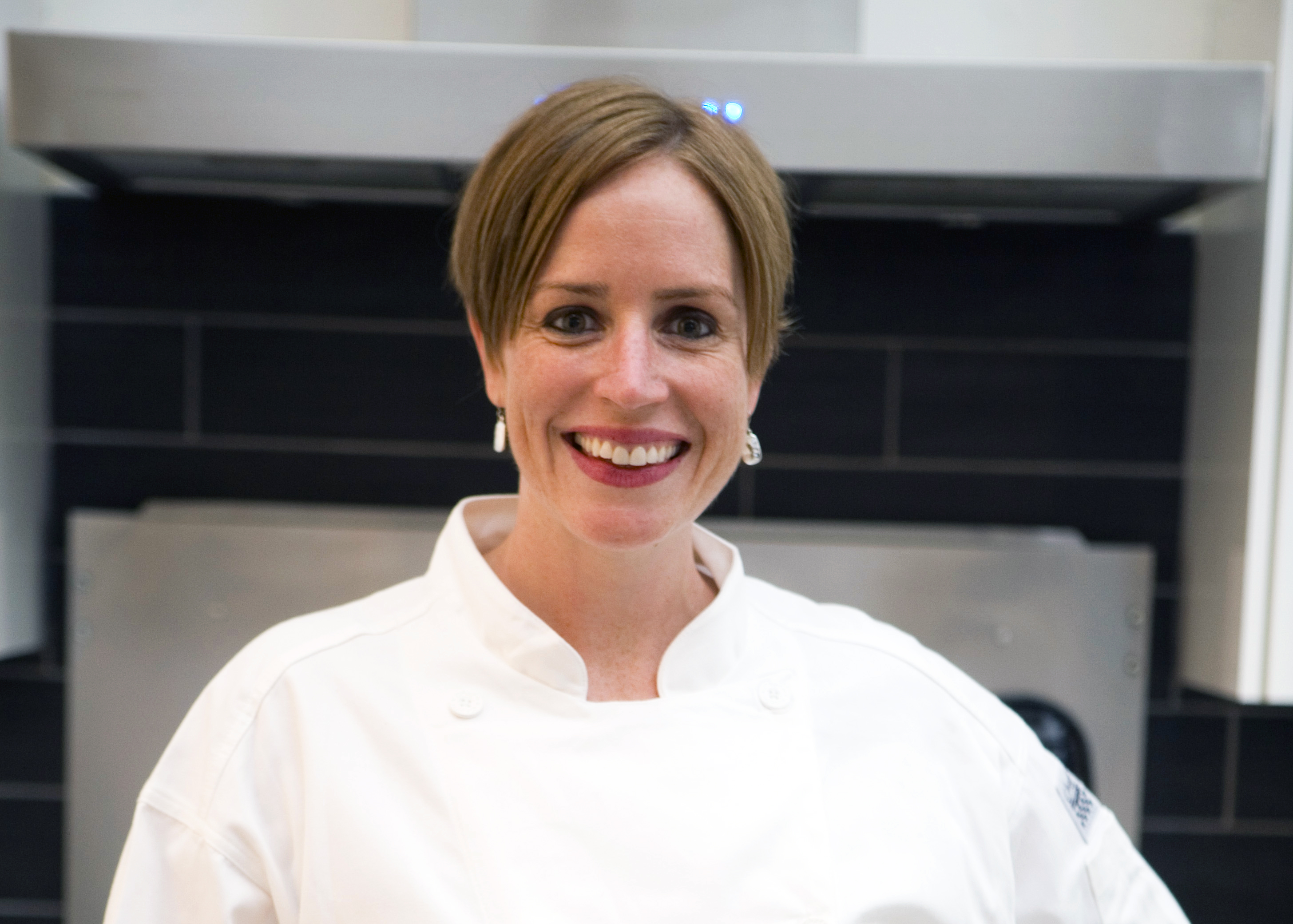 Sarah Simmons started out with a mission to convert non-believers into grits enthusiasts by serving meals featuring her favorite grits recipes. The project quickly evolved into an underground supper club, City Grit, which regularly hosts eating events in NYC. Now, she is in the process of creating a restaurant. We asked her about her culinary career path, why she got into food and about being part of the “blink and you’ll miss it” dining trend.

That’s a funny question. Lately, when people introduce me, nine times out of ten they say, “This is Sarah. She does a lot of different things in the food world, but right now she’s focused on turning her underground supper club into a restaurant.” When people ask me what I do, I usually tell them I make food and teach others how to make food. I would never call myself a chef, but I’ll admit that when others do it makes me stand a little taller and blush. I feel like I have more of a mission than a job and that mission is to create conscious eaters and provide fresh food to people — whether it’s through cooking it for them or teaching them how to cook it for themselves. Eating consciously isn’t just about counting calories, it’s also about knowing where your food comes from.

How did you get this job? What has your career path been like?

For the past seven years, I’ve run City Grit, an underground supper club, in NYC. For the first five years, it was a very casual gathering of close friends every other Sunday. Until a year and a half ago, I was a retail strategist and only cooked recreationally on the weekends, mainly for City Grit dinners. I spent 90% of my time traveling for clients, providing me with the opportunity to eat in amazing restaurants all over the country. When I was home on the weekends, I’d try to recreate the dishes I’d eaten the previous week or create new dishes inspired by my meals on the road. As the food I was preparing became more advanced, more and more people wanted to join the City Grit dinners, leading to a more formal, organized supper club.

At the end of 2009, Food & Wine held a “Home Cook Superstar” contest looking for the nation’s best home cook and I won. I was fortunate to have documented most of my supper club dinners, so I had six years of content to submit with my entry. The grand prize was a trip to the Cayman Cookout where I got to spend the weekend with Gail Simmons, Eric Ripert, Jose Andres, Grant Achatz and some other pretty influential people in the food world who convinced me that I should be working in food instead of retail. I will never be able to thank Dana Cowin and the folks at Food & Wine enough for changing my life. That contest and the trip to the Caymans opened up doors for me that I didn’t even know existed. Now, I’ve written articles for a number of food publications, developed a food TV show, established a program to teach others how to cook, launched a catering business, created a line of food products, and am in the process of opening my own restaurant. It’s been a wild year and a half.

There is no such thing as a typical day for me. Every day I get up early to walk the dog and workout. I eat breakfast while I review the day’s schedule and by around 8:30 am I’m either at the farmer’s market, ordering food from our distributors, answering emails, updating my blog, putting together the staffing schedule, writing contracts, scheduling meetings, negotiating the lease on our space, developing menus and budgets, invoicing clients or researching costs on kitchen equipment. On the days we don’t have an event, I’m usually in the kitchen from 10:30 am to 5:00 pm developing recipes, testing recipes and prepping food for an event later in the week. On the days we have an event, I’m usually in the kitchen from 8:00 am until about midnight. Some days I have a camera crew tagging along with me the whole time, but most days, it’s just me and my prep team in the kitchen, working like little bees.

Do you have a story about a particularly great day?

Last fall, Michelin brought together seven of NYC’s private supper clubs to create dishes for the launch of their 2011 New York City Restaurant Guide with a Dinner en Rouge and City Grit was one of the clubs selected. Each club was asked to create two dishes, one passed appetizer and one plated dish inspired by a region highlighted in one of Michelin’s many guides. I served Michael White, Anita Lo, Jean-Georges, Daniel Boulud, Jonathan Waxman, Missy Robbins and April Bloomfield my version of Low Country Shrimp & Grits, the dish that Joshua David Stein from Eater declared to be the tastiest of the evening. That was a great day! The days leading up to the event, however, weren’t so great because I had a nasty 48-hour row with the flu. You know the TopChef finale where Angelo is so sick he can’t cook and has to direct his sous chef from bed? Well, that was me. I’d give the kitchen team direction during the 12 to 15-minute windows when I was awake and then pass out again. Looking back, it makes me laugh. In the moment, it felt like the equivalent of getting mono right before the prom.

The instant gratification that comes with feeding people is like nothing I experienced in the corporate world. In my former job, it would take years sometimes for my strategies to have an impact. And it was rare that I got so much as a thank you for often transforming people’s businesses. I love nothing more than to watch people eat food I’ve prepared. Not only do I get paid to do the thing I love most in the world, but I’m thanked and complimented for it every day. Sometimes those thank yous are what gets me out of bed after a 22-hour day.

The physicality of the job is unreal. Making food is back-breaking work. I’m a long distance runner and in pretty good shape, but I was unprepared for how exhausting the standing, lifting and hauling would be. You know how your feel after you’ve moved into and unpacked a new apartment? I easily feel that way three times a week.

Be patient and willing to pay your dues. Work smart by finding chefs that are great teachers and beg them to let you trail in their restaurants so you can learn from the best. Also, strengthen your ab muscles — your back and hamstrings will thank you for it.