Sometimes looking for answers in the kitchen leads me to more questions than I started with. 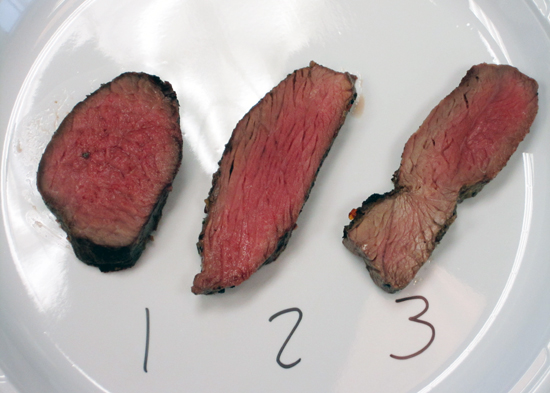 I love it when that happens. Like with my most recent round of sous-vide testing on lamb legs. Specifically yogurt-marinated, grilled lamb legs. Last week, my wife grilled yogurt-marinated lamb for dinner... in our tiny New York apartment. The meal was delicious but when we woke up the next morning and the whole place still smelled like freshly grilled lamb (not so great over coffee!). I started to think, there must be a better way. My first thought was if I could precook the lamb, sous-vide, then it would only need a few minutes on the grill, thus reducing our post lamb grilling air freshener budget exponentially. It seemed simple enough — precook lamb, flash on grill for just moments, perfectly cooked lamb with minimal stink. Everybody wins. 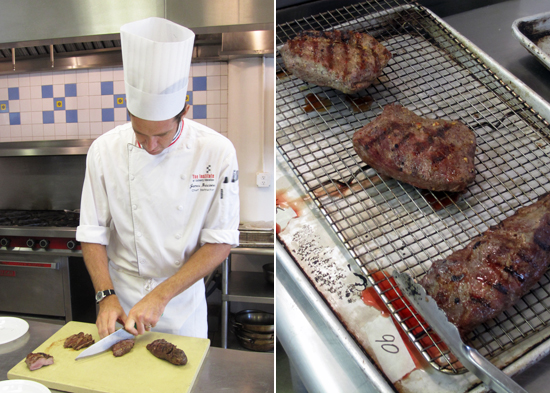 Well, the results were mixed. Opinions on which meat turned out best varied greatly, but after a bit of debate, a general consensus was reached. The most tender and well-cooked piece of meat was the one that was cooked sous-vide for 45 minutes — shorter cooking was better. However, the most flavorful piece of meat was the one that was only grill, no precooking. Which brought me back to the beginning and a possible error in the design of the test — the meat that was only grilled had over 24 hours to marinate before cooking while the sous vide meats were cooked immediately. So, was the grilled meat more flavorful because of its extended marinating time or does cooking completely on the grill produce a more flavorful piece of meat? Back to the drawing, er... cutting board.