I’ve always believed that the relaxed pace of summer presents the perfect time to gather a list of reading material—both to recharge our batteries with fresh ideas and bone up on basic technique. I recently surveyed my own bookshelves, as well as the carefully curated collection at Kitchen Arts and Letters in New York City, to create a list of the volumes I’ll be reading (or re-reading) this summer. It’s a diverse selection that offers something for everyone, from culinary students to working chefs—and even enthusiastic home cooks! 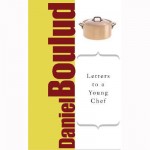 Letters to a Young Chef—Daniel Boulud
Perhaps more than anyone, Daniel Boulud’s career is synonymous with the notion of mentorship. His legacy (the chefs who have worked their way through his kitchens) makes up a significant part of the current generation of culinary leaders in New York and around the world. Letters to a Young Chef recounts stories from Daniel’s own apprenticeships, and his experiences are immediately relatable to anyone with the passion and drive to cook at the highest level. 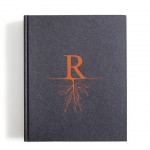 The Wizard's Cookbook—Ronny Emborg
This attractive tome has been one of the most sought-after in professional chef circles over the last year or two. Emborg emerged from the “New Nordic” scene at the Michelin-starred Marchal in Denmark, treating the region’s products with highly refined technique. Lucky for us for New Yorkers, earlier this year he took the helm at Atera. This is one of those books that continually challenges me to rethink how food can be prepared and presented. 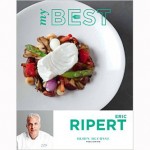 My Best—Alain Ducasse, Daniel Boulud and Eric Ripert
I was so happy to discover English editions of this long-running series that Alain Ducasse has been publishing in France, where he offers chef friends and colleagues an opportunity to present their individual style in smart, compact volumes. This trio of recent releases highlights Daniel Boulud, Eric Ripert and Ducasse himself. In each book, 10 signature dishes are presented in a clean and simple manner, with step-by-step images that offer straightforward insight into each chef’s underlying philosophy and transport the reader right into their respective kitchens. 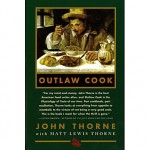 Outlaw Cook—John Thorne
I like to think of John Thorne as one the pioneers of the food-blogging phenomenon, though he began writing his short dispatches and newsletters in the early 1980s (long before the advent of the Internet). This older collection of short essays—most of them accompanied by simple recipes—includes one of my all-time favorite pieces of food writing. The chapter “Learning to Eat” details the emergence of both Thorne’s developed palate and his interest in cooking, serving as a reminder that the simplest of pleasures are often the most rewarding. 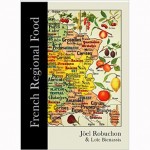 French Regional Food—Joël Robuchon and Loïc Bienassis
Admittedly, I am a bit of a Francophile and this book delivers deep insight into traditional techniques and products from the many diverse regions of France. Co-authored by legendary chef Joël Robuchon, this is perhaps the most thorough academic study of French cuisine I’ve ever read, and it’s truly a joy to cook from. I’m also proud to note that it’s one of the textbooks that ICE culinary students receive during their study of international cuisines. 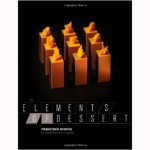 The Elements of Dessert—Francisco Migoya
Above all else, I love being a chef because of the community that serves as a foundation of our profession. I’m indebted to so many friends and colleagues for inspiration and motivation, and Francisco Migoya has long been one of those peers whose work continues to push our craft ever forward. Elements of Dessert—his third book—reflects the expansive role of the restaurant pastry chef and the wide range of skill sets that come to bear in that environment. One reason I admire Francisco’s work is that while he may have one foot planted firmly in progressive sensibilities, the other foot is well grounded in classic ideas and techniques. He’s currently compiling a massive treatise on bread with Nathan Myhrvold and the Modernist Cuisine team, and I look forward to including that book in future reading lists! 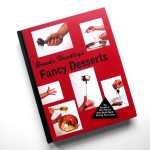 Fancy Desserts—Brooks Headley
Del Posto’s Executive Pastry Chef Brooks Headley’s first cookbook, released last year, is as valuable for the recipes that makeup his unique style as for the personal stories that accompany those recipes. Entertaining tales from touring in a punk band to humble accounts of his early days as a pastry cook weave seamlessly into the perfect balance of refined and rustic desserts that have become his trademark.

How Baking Works: Exploring the Fundamentals of Baking Science—Paula Figoni
This has been my preferred practical reference text for years. Figoni breaks down the basic science of pastry and baking techniques to better understand classic preparations, as well as the composition and function of the ingredients that go into them. Highly recommended for all pastry cooks and students. 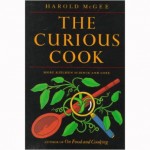 The Curious Cook—Harold McGee
Harold’s classic reference On Food and Cooking has been many a chef’s first introduction to the underlying science of cooking. Of equal interest to me was his follow-up, The Curious Cook, a book of investigations and experiments that sought to prove or disprove a range of culinary “precisions”—from how much oil can be emulsified by a single egg yolk to the truth behind the notion that searing meat “seals in its juices.” This was one of the first books that made me think about the “hows” and “whys” lurking beneath the surface of everyday cooking. 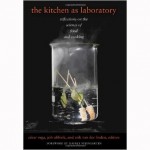 The Kitchen as a Laboratory: Reflections on the Science of Food and Cooking—César Vega, Job Ubbink and Erik Van Der Linden
In recent years there has been a lot of attention given to the intersection of science and cooking, but few reflect on what that means beyond shiny gadgets and flashy techniques employed in “modernist” kitchens. Inquisitive cooks owe a great deal to the real scientists who have contributed to this new dialogue and who have helped translate the analytical language of the laboratory into one we can understand and apply in the kitchen. This book of short essays from both chefs and scientists tackle a range of topics—from grilled cheese sandwiches and “stretchy” ice cream to the physics of heat transfer—including a chapter I contributed on my own personal approach to science and cooking.

Eager to train with Chef Michael in person? Click here for his full list of upcoming advanced pastry classes.