It’s been nearly two years since Super Storm Sandy crashed onto the shores of New York City, particularly ravaging the up-and-coming neighborhood of Red Hook. ICE Culinary Arts alum Sohui Kim was a pioneer in the community’s restaurant scene, and her story emerged as one of the great Red Hook triumphs in the aftermath of Sandy. Today, her restaurant, The Good Fork, has become one of the landmarks of Brooklyn cuisine, bridging the gap between comfort food and fine dining. 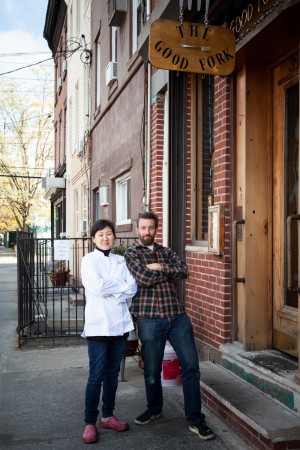 I attended Bowdoin College, a small liberal arts college in Maine, and then I finished my undergraduate studies at Barnard College. From there, I worked for a tiny company called GA International selling high-end art and architecture books to bookstores and art galleries. The job was fine, but not very challenging, so it left me a lot of time to dream about food. I was actually law school-bound when the cooking bug bit me hard! That’s when I tore up my law school applications and went to ICE.

Where was your ICE externship, and how did it impact the rest of your career path?

My externship was at Blue Hill. This was when Blue Hill was run by two chefs; Dan Barber (the current chef/owner) and Michael Anthony (now the executive chef at Gramercy Tavern). Not knowing too much about how restaurants worked, I’ve always had an image of chefs being angry, mean and yelling all the time. But these two guys were “thinking chefs” who thought not just about making food taste really good but also the bigger picture of this crazy industry: responsible sourcing, sustainability of ingredients and managing a team with respect and grace.

Even though I was just an intern, I really felt like I was a part of a great team. They were instrumental in my view of the restaurant industry. I went to ICE thinking I was going to be a caterer, but while at Blue Hill, I really fell in love with the magic of how a great restaurant works!

In addition to my work at Blue Hill, I also learned heaps cooking alongside Anita Lo of Annisa. She really paved the way for me as a female chef-entrepreneur. Anita is not only an amazing chef, but I’ve never met any chef who keeps it so cool. She’s gone through so many ups and downs but her spirit and love of food never wavers. I admire that more now, knowing what a crazy business this is. Equipment is always breaking, line cooks don’t show up and sometimes a big fire or storm takes your restaurant. It’s endless! You gotta keep it cool. 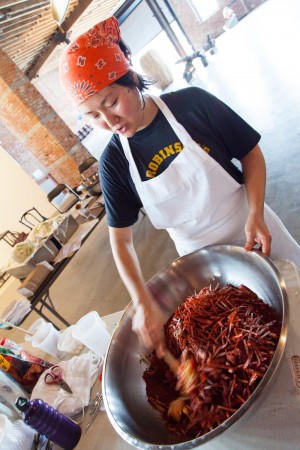 What's your favorite part of your current work?

I bit the bullet and opened my own small restaurant, The Good Fork, in Brooklyn with my husband/partner Ben Schneider in 2006. I’d only worked in the business for five years and some people thought it was too soon, but I trusted my instincts and thought, “if you cook honest-to-goodness good food, people will come.” So on a shoestring budget, my husband built out the space and I starting cooking my food.

My favorite part of my job, after eight years, is knowing that Ben and I have created a family: a community of people who work and eat at the Good Fork. It was most evident when all of our “family members” came out to support us after Super Storm Sandy destroyed our space in October 2012. We were able to rebuild The Good Fork, making it better than ever, and reopened on New Year’s Eve (just about two months later). It was truly amazing!

What are your proudest accomplishments?

Since opening in 2006, The Good Fork has been written up in a multitude of local, national and international publications including the New York Times, the New Yorker, Bon Appétit, Food + Wine, and GQ. We won “Best New Brooklyn Restaurant” and “Best New Neighborhood Joint in 2007” from Time Out New York. We’ve also been named a “Bib Gourmand” by the Michelin Guide for the past five years. And after eight years, we are still on the radar, making the Essential Eater 38 list for three years in a row.

What is your advice for current culinary students?

Enjoy your peaceful classroom, the air conditioning, the nice equipment and your amazing teachers! But when you get out there, work really, really hard. Get to work early, show up for your trails and keep your nose to the cutting board. Soak up the knowledge and energy because that’s a big part of your “pay.” Oh, and it’s okay to scream in the walk-in! (Just make sure you’re alone.) 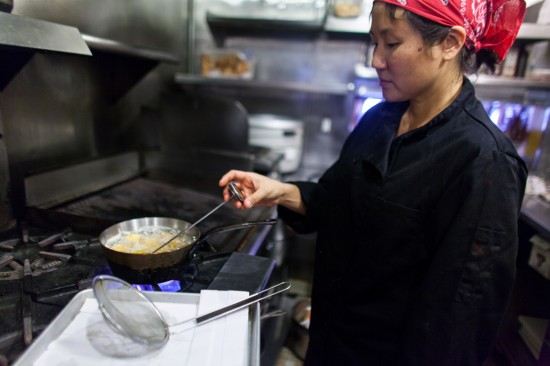 How did ICE help you find your culinary voice?

I met some really great people at ICE—teachers and students alike—and our friendship continues. It was the first community of like-minded people that I met, and it laid a great foundation for relationships in this industry.

What do you like to do outside the kitchen?

I love to spend time with my two little kids. As a working mom, I have the typical guilt that I don’t spend enough time with them; but when I do, I love to cook with them.

A Career Changer on His Way to Opening an Inn