Running two restaurants in downtown Manhattan wasn’t originally Jason Soloway’s dream job. Yet after 10 years of managing a philanthropic organization, he found himself ready for an entirely different kind of service. With training from ICE’s Culinary Management program, Jason has quickly become an industry success, with rave reviews of Wallflower and The Eddy. When we caught up with Jason, we quickly learned his secret to success is focusing on his day-to-day guests. 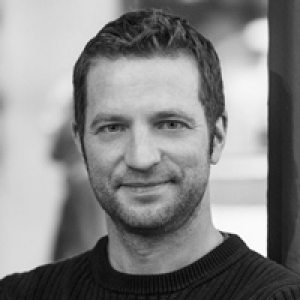 I was Vice President at The Andrea and Charles Bronfman Philanthropies (ACBP), a family of charitable foundations working in Canada, Israel and the United States that focus on investing in a range of programs in the arts, education, medicine, social services and the environment.

What specifically attracted you to the program?

I had been at ACBP for 10 years and was looking for the next challenge in my life. I knew I wanted to be in the food and beverage industry, but didn't know where to start. I saw the ICE Culinary Management program as the perfect bridge between my old life and my new one.

Can you describe your path from graduation to owning two businesses?

Shortly after I began my studies at ICE, a classmate introduced me to the future operators of Mother’s Ruin, a bar in Nolita. I became a minority partner, which provided me with a front-row seat to operating a bar. It allowed me to attach the theory learned in class to the realities of running a business in downtown NYC. 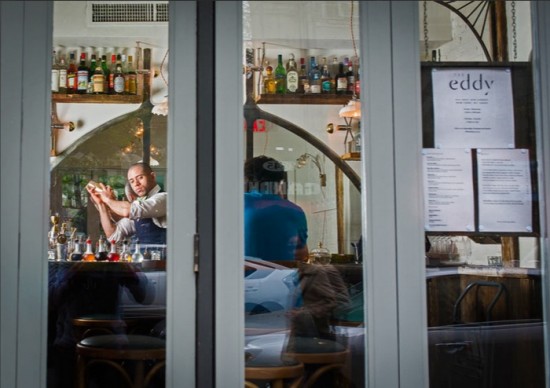 From there I scoured Manhattan for a space to open an ambitious neighborhood spot that would focus on high-quality food, wine, cocktails and service. The saying "you have to kiss a lot of frogs to find a prince" has never been so true. Eventually, I found a postage stamp-sized space that would become my first restaurant, Wallflower. It opened in the West Village in October 2013, and now Xavier Herit, my head bartender and shaker-of-all-things extraordinaire, is my business partner. Six months later, in April 2014, I opened The Eddy with my friend Chef Brendan McHale. Like many things in life, the timing of the two restaurants was not planned. In New York, when you see a workable space, in a decent location and a workable rent (there's no such thing as a "good" rent), you take it. Sleep became an after-thought and stress was my caffeine. 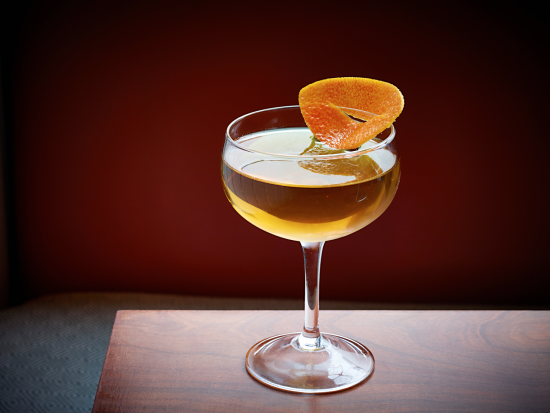 Are there any awards or honors of which you are particularly proud?

We've been blessed with positive reviews from The New York Times, Wall Street Journal, The New Yorker, The Infatuation, the Michelin Guide and a number of industry publications. All of that feels good and helps justify the all-consuming hours. But the reality is that while reviews matter a lot to a restaurant, everything starts again the next day. We have to get it right every time with every guest. One unhappy guest wipes away all of the positive reviews. I want really happy guests. That's what I care about.

My daily routine is what I love most about the restaurant business: there is no “daily routine.” It's an ever-changing mix of the necessary combined with the exciting — and always with a diverse cast of characters. I'm fueled by the fact that I learn something new every day. I start each day with a plan of what I want to accomplish but have learned to feel deeply satisfied (to the point of amazement) if I accomplish 50 percent of that plan. Running a business, especially in NYC, means that inevitably "stuff" happens and then you have to respond in a timely manner. How long that takes dictates how many of the original goals I accomplish in a given day. 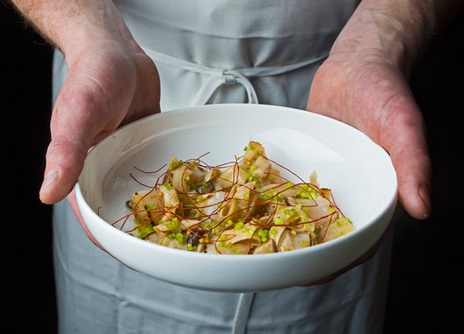 Conventional thinking would suggest that when everything is running smoothly, I would be calm and relaxed. Just the opposite is true. That’s when I’m most restless because I know something is lurking in the shadows, but I just haven’t grasped what it is yet. I want to learn that power. Does ICE teach that class?

Sounds like a challenge for our School of Professional Development! Speaking of continuing education, where would you like to see yourself in the future?

At one of my restaurants, making sure everyone is having a great time.