Chef Jürgen David brings more than 20 years of education experience to the Institute of Culinary Education. He grew up in Austria, studied culinary and pastry after an apprenticeship, and then gained experience around Europe. Here's how his career path led to instructing at ICE.

Jürgen initially aspired to act, sing and dance, but he followed in his sister's footsteps pursuing a career in the kitchen to have a solid job in case those passions didn't pay off. While making cakes for family gatherings, like a giant castle with sugar cubes and royal icing, his passion for pastry developed, and he took on a three-year apprenticeship at a family business near his home.

"After that I had a chance to go to culinary school for a year when, for the second time only, they offered a pastry program so I did that for a year," Chef Jürgen explains. "They also offered psychology because we were supposed to be trained on how you deal with a 15- to 18-year-old apprentice. I always liked learning that kind of stuff." 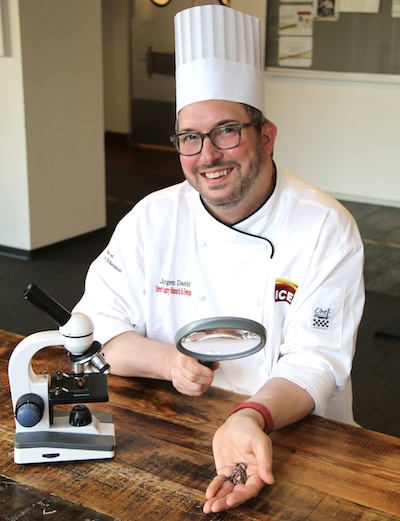 When he completed his education, he took advantage of opportunities to experience cooking and pastry around Europe, from a chocolate shop in Switzerland to catering in Vienna to hotel season in Norway. Guided by seasons and visas, Chef Jürgen learned as much as he could during this time, including what he liked and didn't like in the field.

He was compelled to leave when he visited New York — starting with Times Square. "Everybody’s here for a different reason, but they’re all passionate about being here and it’s a great melting pot," he says of falling for the city. "I still love that about New York."

Chef Jürgen was only 22-years-old when he arrived, and his job search was a challenge despite his experience — until he saw an opportunity at the French Culinary Institute in The New York Times and his psychology training came full circle for teaching. The rest is history: He's trained future pastry professionals for two decades in one of America's culinary capitals.

"Because I like sharing what I know, I love getting a new group and having a chance to mold them and help them get good habits and good posture," he explains of his approach. He encourages students to read and check social media to see what other people are doing in the world of pastry, remembering monthly issues of Martha Stewart Magazine indicating big trends before the age of Instagram. 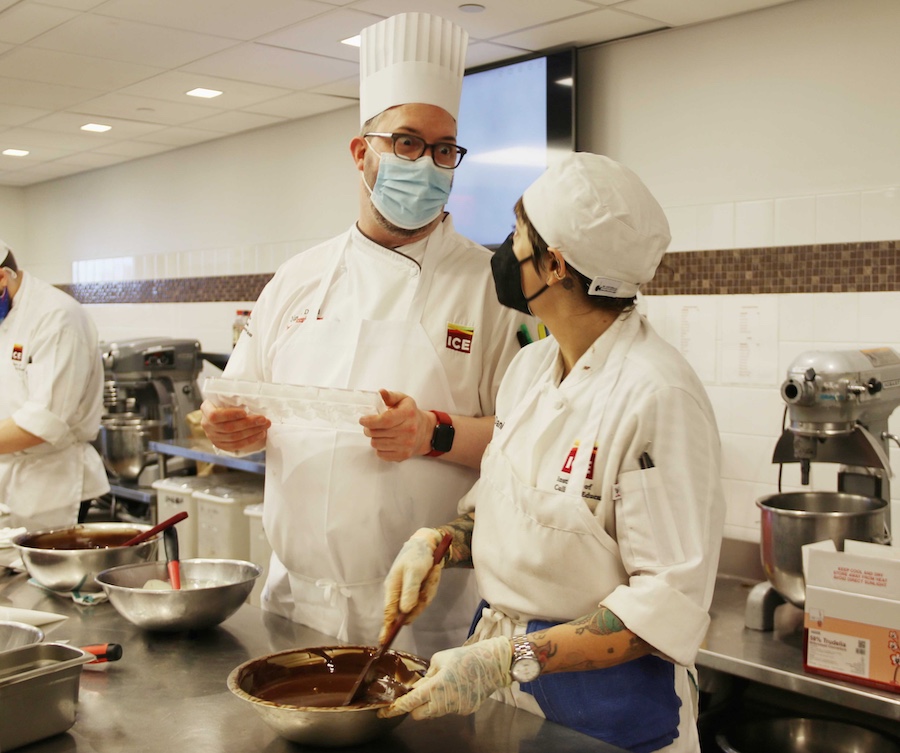 In 2020, when the International Culinary Center (ICC, formerly French Culinary Institute) closed, ICE licensed the curriculum and hired many of the chef-instructors. Chef Jürgen came aboard as the director of pastry research and development.

"I’m supposed to bring the best of ICC and ICE together in the curriculum and that will be awesome," he says. "I get to work in the chocolate lab. I love the prospect of that. One of the goals I have is to incorporate chocolate making from scratch into the curriculum. I've dabbled in that, but we did not have the machinery to go from bean to bar [at ICC]."

While he says food is food and making proper puff pastry or scones is the same anywhere, Chef Jürgen is enjoying our New York campus for its facilities and our career programs particularly because pastry chefs teach culinary students as well, which is a different audience and a good challenge. "They might not love pastry, and we get to get them excited about scones and gelatin because they’ll need it," he says. 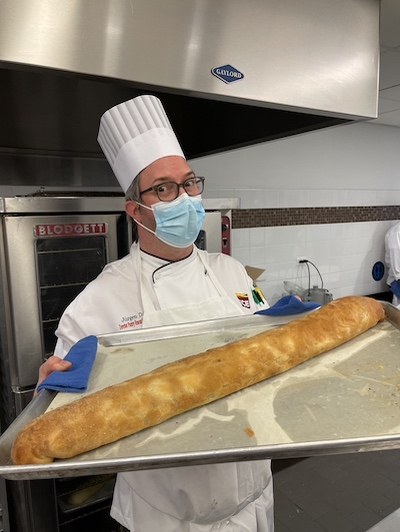 As for Pastry & Baking Arts classes, he raves about the chocolate and candy-making lessons and equipment. "I absolutely love that I get to use the deck ovens and spiral mixers that are in every pastry kitchen," he says. "That’s the proper equipment to make bread."

Chef Jürgen's philosophy is to try anything while in school because that is the time to do so. "I’m very nerdy when it comes to science," he admits. "Yesterday we had the dairy tasting and we tasted 23 milks and cheeses, and I love that. I tell the students, 'You might not like it but at least you get to taste it. When will you ever get the chance again to taste 23 different things with someone who knows about them?' It also stresses the importance of reading labels, knowing the food you have and having an open mind."

Chef Jürgen's own experience — when a chef wouldn't let him leave the kitchen until he tried a mango tart — formed his open mind policy. Though he was scared of then-unfamiliar tropical fruits, Chef Jürgen tried the mango, loved it and was thankful the chef had challenged him.

"I try to tell my students to have an open mind (unless you have an allergy or a dietary restriction)," he explains. "You don’t ever have to eat it again, but you never know what you’re going to like or not like."

He enjoys pushing more advanced groups even further. You have the tools, now go. "My favorite question is 'why not?'" he explains. "It’s all about making sure you know the basics really well. Build your knowledge and take it from there. You can never stop learning, and you have to keep growing and changing. It’s so possible in our industry."

In his many years at ICC, Chef Jürgen was fulfilled by graduates returning to introduce their cookbooks or attend professional development events. He watched pastry career paths broaden over time as we have seen. "In Europe, your jobs are very specific: You’re a pastry chef for a restaurant or in a pastry shop," he says. "Here, you’re a pastry chef, you can do anything. You can be anywhere."

Study Pastry & Baking Arts with Chef Jürgen to pursue the career path for you.

"It means a lot to me to inspire people to be the best chef they can be, and if they don't ever stop trying and building on the things they’ve learned, I’ve done my job and that makes me happy."