What Are Michelin Stars?

Restaurants around the world strive to earn the coveted Michelin star status — but what exactly are Michelin stars, and why are they so important?

While the Michelin brand is well-known for its tires, the Paris-based company is also famous for its annual Michelin Guide. Michelin began publishing the travel guide in Europe in 1900 to encourage new drivers to take road trips to local attractions. Among other things, the guide included anonymous European restaurant reviews that focused on the quality and flavor of food served, as well as mastery of culinary technique and personality of the dishes. In 2005, U.S. restaurants become eligible to earn Michelin stars for the first time.

Michelin stars are now considered a hallmark of fine dining by many of the world’s top chefs — not to mention restaurant patrons. The stars are not easy to obtain and are awarded to the best restaurants in each particular city in the guide. Star recipients gain immense prestige and exposure along with the honor, and many restaurant owners also see an increase in business after receiving Michelin stars (while some who lost stars have experienced the opposite). 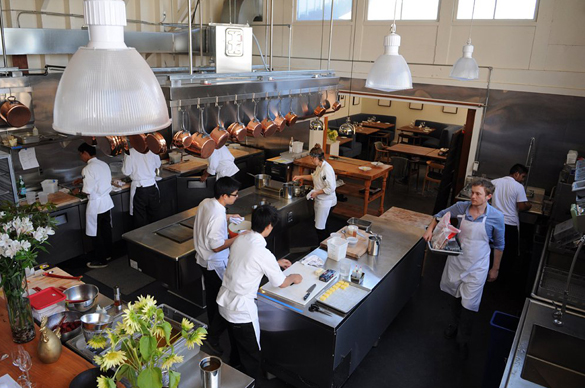 Today, Michelin publishes annual guides for 23 countries and a variety of large cities around the world. In the United States, Michelin Guides are available for New York City, Chicago and California.

Here's what it's like to launch your career at a Michelin-starred restaurant.

HOW ARE MICHELIN STARS AWARDED?

Restaurants can receive one to three Michelin stars, and it’s important to remember that even one Michelin star is considered an honor. A one-star review is not meant to criticize a restaurant’s dishes, but rather to praise them.

The star ratings are defined as follows:

Michelin’s reviewers (called “inspectors”) are completely anonymous and must share a passion for food and an eye for detail. Inspectors are prohibited from speaking to journalists, and are encouraged to keep their line of work secret even from family members.

When an inspector visits a restaurant, he or she writes a comprehensive report about the dining experience, including factors such as the quality of the food, the presentation of the dishes and the mastery of culinary techniques (while ignoring elements such as décor, table setting and quality of service). The inspectors then come together to discuss the reviews and decide which restaurants should receive stars.

With the addition of the 2016 Michelin star recipients, International Culinary Center alumni and faculty have won a total of 137 Michelin stars.