ICE Returns to Bid Against Hunger

The superstars of the culinary industry were out in full force at the Metropolitan Pavilion last night. 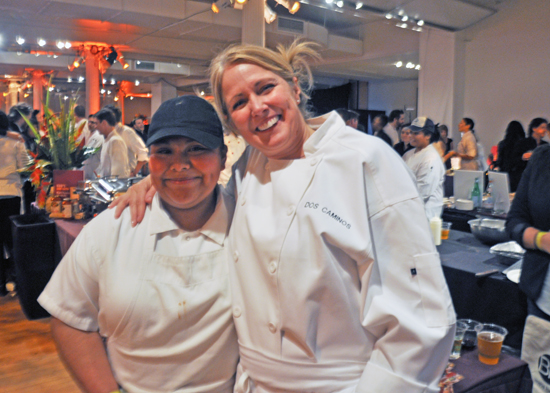 Sixty chefs from around New York came together for a memorable evening of food and fun, as well as an exciting auction. 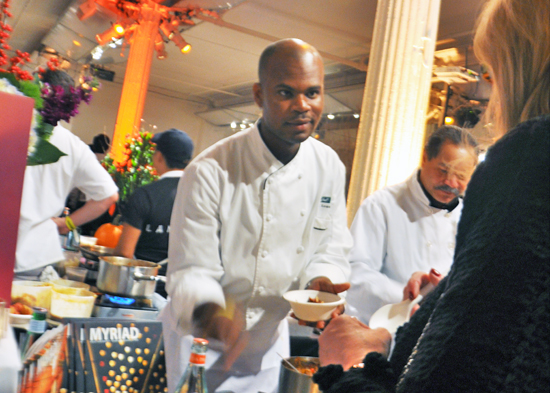 The evening’s festivities supported City Harvest, a food rescue organization that provides meals to hundreds of thousands of hungry New Yorkers every year by distributing leftover food donated by restaurants and other food industry organizations. ICE President Rick Smilow sits on the Board of Directors and ICE is one of the organization’s proudest supporters, even appearing on their Honor Roll Truck earlier this year. ICE gives an average of 750 pounds of food to City Harvest weekly and has made daily donations of food for at least a decade. In addition, we also host several events a year at our facility, helping the City Harvest team with fundraising and donor development.

Among the notable chefs in attendance, last night were Michael Anthony of Gramercy Tavern, ICE alum Marc Murphy of Landmarc, Eric Ripert of Le Bernardin, Scott Conant of Scarpetta, Kerry Heffernan of South Gate, Alex Guarnaschelli of Butter and ICE alums Sandra Palmer and Kiyomi Toda-Burke of Three Tarts. The chefs each contributed a tasting dish for guests to sample and many were assisted by ICE student volunteers, seizing the opportunity to learn from the best chefs while volunteering for a wonderful cause.

Throughout the evening attendees were able to bid on a plethora of silent auction items including a set of seats from Yankee stadium, a trip to Quebec City and dinner with Adam Platt of New York magazine. The event culminated in a thrilling live auction with lots such as dinner and a wine class with Eric Ripert, a party with ICE alum Missy Robbins and a first-class vacation in Turkey. It was fascinating to watch auctioneer Nicholas Lowry in action — some items sold for over $40,000.  [/caption] All-in-all, the event was a huge success guaranteeing City Harvest will be able to continue their efforts to feed New York’s hungry.