Where do celebrities come when they need help from culinary visionaries? The Institute of Culinary Education of course!

This month, you may have noticed ICE on part one of the season finale of NBC’s Celebrity Apprentice. The season’s winner, Trace Atkins, was among those who came to our professional kitchens to whip up a winning ice cream recipe. Helping the finalists develop their winning recipes were Gary Busey, Joan Rivers, Marilu Henner, Latoya Jackson, Dennis Rodman and many more. We were thrilled to host the cast and help them mix together something sweet. 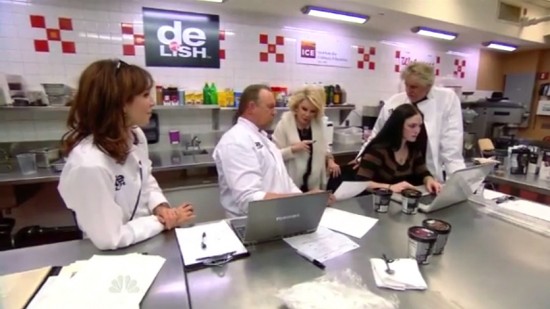 As if that wasn’t enough star power for one month, we were also featured prominently on the season finale of E!’s Married to Jonas. Kevin Jonas’s wife, Danielle, needed to test some family recipes for a feature in Cosmo, but wanted some expert opinions and help. That’s where ICE stepped in. Our own Director of Culinary Development, James Briscione, served as the family’s host at ICE. Brothers Kevin and Nick Jonas were among several members of the family who got their hands dirty testing recipes in ICE’s kitchens. 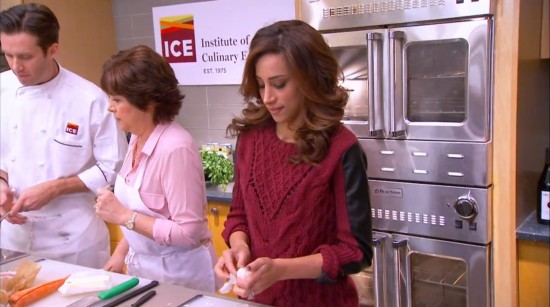 Chef James used his vast culinary knowledge—including his experience writing a cookbook—to help guide the family through the recipe testing process. “I talked with Kevin and Danielle a lot about the importance of presentation. When you present a recipe in magazine or book, it has to be something that people look at and immediately say 'Oh, I have to try that!' I helped them dress up their plates and gave them some guidelines on color, texture and of course, taste!” Kevin, in particular, took James' valuable tips to heart. In the episode, he pauses to remind the family, “Guys, remember presentation is important!” 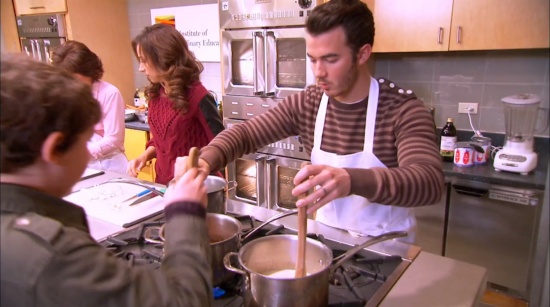 Several other ICE staff members were recruited as taste testers. We got to sample about a dozen dishes, and were very impressed with the quality of the dishes, not to mention the Jonas' family's hospitality.   The segment first aired Sunday, May 26th and has since been re-broadcast several times. We're excited to see the Jonas' and our chefs' hard work pay off on the small screen and can’t wait to see the recipes in print.