Whether they have worked at some of America’s finest restaurants, written James Beard Award-winning cookbooks or opened and operated their own culinary enterprise, ICE’s Chef Instructors bring their invaluable knowledge and real-world experience into the classroom. 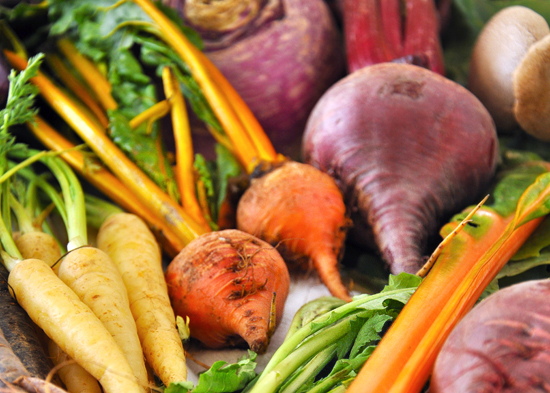 One of our newest Culinary Arts Chef Instructors, Sam Kadko operates a small 400-square foot organic market garden in New Jersey where he grows a plethora of different vegetables for two area chefs. Chef Sam says, “The chefs treat it as their own private resource. I contact them in February to see what they are interested in and focus on that for the season.” It’s local, seasonal dining in action. Close to Chatham Township in north central Jersey, the garden’s bounty includes heirloom tomatoes, specialty eggplant, heirloom squash, sweet peppers, red mustard greens, bush beans, heirloom wax beans, romaine lettuce and buttercup lettuce, among other varieties of produce. To make the most of his limited space, Chef Sam uses succession planting. After one crop is harvested, another is planted in the same place. For example, after the lettuce is harvested early in the season, he plants late-season plants such as tomatoes and squash.

Though he is not certified organic, Chef Sam uses no synthetic inputs and plants everything from seed. He only uses organic pesticides as a last resort, instead preferring to use methods like plant rotation and trap crops to help control pests. For example, he uses floating row covers as a physical barrier against flying pests. He says, “It’s about keeping everything in equilibrium.” Being a chef has helped Chef Sam as a grower. He notes that “it has made me very cognizant of how everything has to be perfect. And if it’s not perfect, it better have some absolutely fantastic quality to make up for it.”

Last year he had grown a Russian variety of tomato, and despite being very hearty in cooler weather, it couldn’t withstand the extreme heat wave of last summer and the tomatoes cracked under heat stress. But the saving grace was that the flavor was fantastic. Chef Sam was able to see the potential for applications where appearance doesn’t matter, such as tomato water, and still sell them to the chefs he works with. Chef Sam visits the garden at least once everyday and constantly frets about the weather (He had to rush to the garden on Tuesday to prepare for the hail that was forecasted for Wednesday), but says that the process of creating a beautiful, flavorful head of lettuce from a tiny seed makes it all worth it — “It’s a similar process to cooking. You start with a hunk of meat and a couple of potatoes and turn them into a full-flavored, juicy stew that is more than the sum of its parts.”