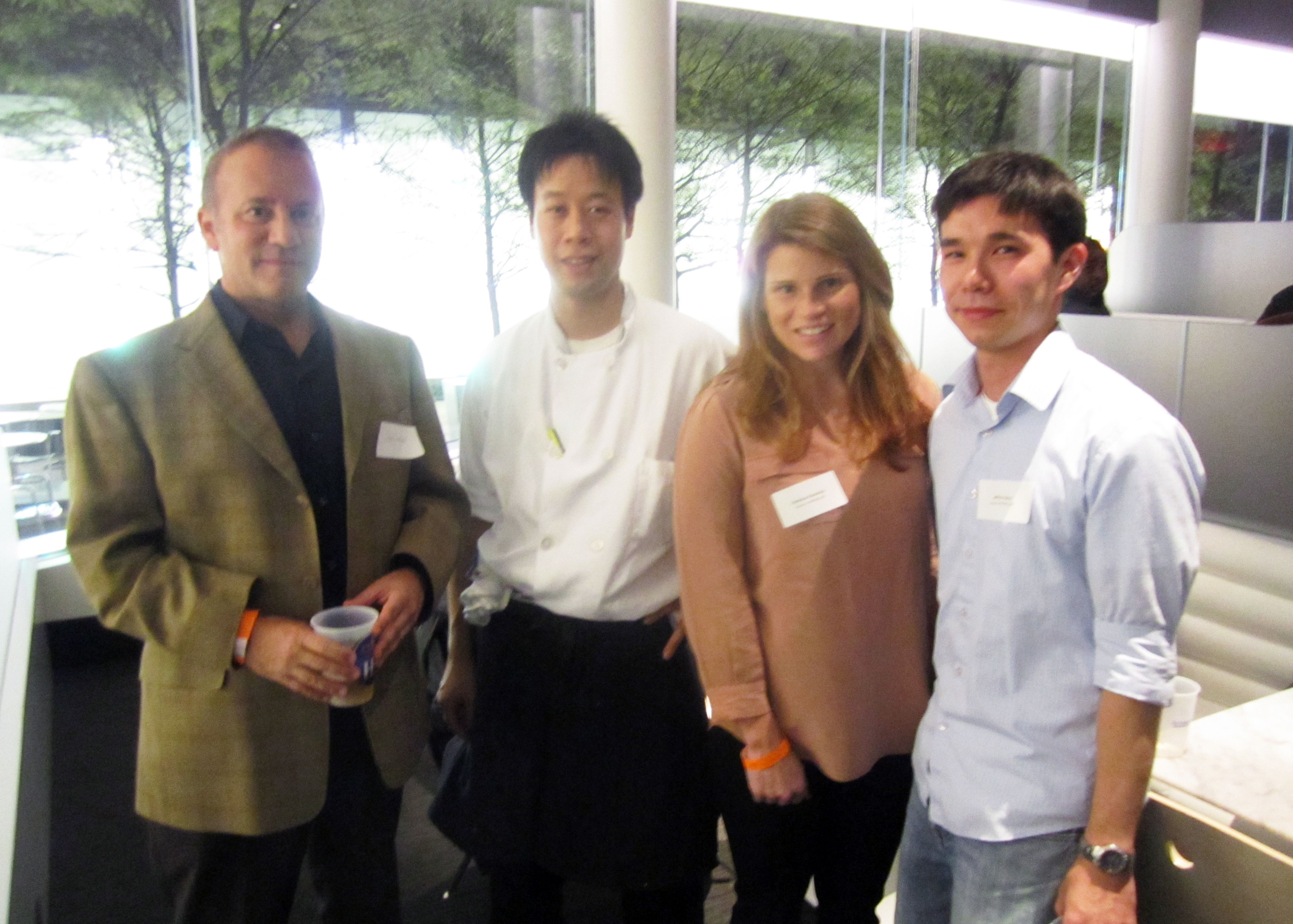 The venue was Beerparc, part of Foodparc in the new Eventi Hotel at 6th Avenue and 29 Street. The Sous-Chef at Beerparc/Foodparc is Brion Wong, an ICE Culinary Arts and Culinary Management alum from 2007. He provided an Oktoberfest spread for the group that included sausages, schnitzel, and charcuterie as well as a selection of beers. I enjoyed reconnecting or meeting many of ICE’s former students.

The list includes Jeffery Palma (Culinary Arts/Culinary Management ’08), who is the junior sous-chef at Mario Batali’s restaurant Lupa. Jeffery is now the key cook at Lupa who trains new hires. Jewel John (Culinary Arts ’09) is also a trainer, in this case for Shake Shack. She recently returned from training at Shake shack openings in Dubai and Kuwait.

One particular pastry entrepreneur I spoke with was Lauren Bohl (Pastry & Baking Arts ’10). She is now a partner in A Simple Cake. They make upscale wedding and specialty cakes, but the business and marketing model is very online based.

ICE Alumni in the mood media were represented by Kelly Senyei (Culinary Arts ’10), Ashley Mihos (Culinary Arts ’10) and Melissa Denchak (Culinary ’08). Kelly is an Associate Editor for Gourmet Live, the new online and app-based form of the classic magazine Gourmet. Ashley joined StarChefs.com in August as Marketing Associate. And Melissa is the Assistant Editor at Fine Cooking magazine based in Newtown, CT.

Two of the alumni in attendance had interesting anecdotes to talk about relating to the food that they cook. Lenin Tello (Culinary Arts ’09) is line cook at Lyon, a French bistro concept in the West Village. He told me that he is now their resident expert on terrines and pâtes, which is quite far removed from the food he grew up with.

With a much different menu, Yoshiko Sakuma (Culinary Arts ’02) is a poissoner at Romera, a very new restaurant on West 16th Street. The Chef, Miguel Sanchez Romera, is a former physician with a degree in neuropsychology. The modernist, high-concept and fixed-price menu includes “ingredient driven waters” with each course. All in all, the evening reinforced what I have known for many years; ICE alumni are all over the culinary landscape, cooking, making and doing interesting things with their skill and knowledge