ICE at the 2011 James Beard Awards 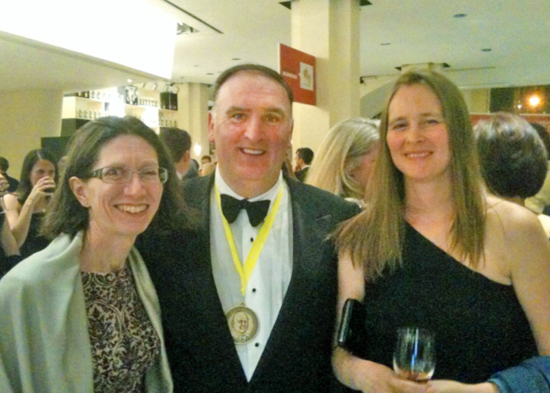 Celebrated close to the anniversary of James Beard’s birthday in May, the awards are given to the best chefs, restaurants and media in the country. ICE founder Peter Kump helped launch the James Beard Foundation and ICE is proud to maintain close ties to the organization and their hard work to promote and celebrate food in America. The Awards are regarded as the most prestigious awards in the culinary industry, often referred to as the “Oscars” of food.

This year, the awards ceremonies and festivities were spread over the entire weekend as the food world gathered in NYC for a celebration of all things culinary. On Friday night, the foundation held their Book, Broadcast & Journalism Awards, hosted by Ted Allen of Food Network’s Chopped and ICE alum Gail Simmons of Bravo’s Top Chef. In fact, Top Chef, took home the award for best Television Show, In Studio or Fixed Location. ICE alums Dominique Andrews and Marie Ostrosky were also nominated for the second year in a row in the Television Special category. 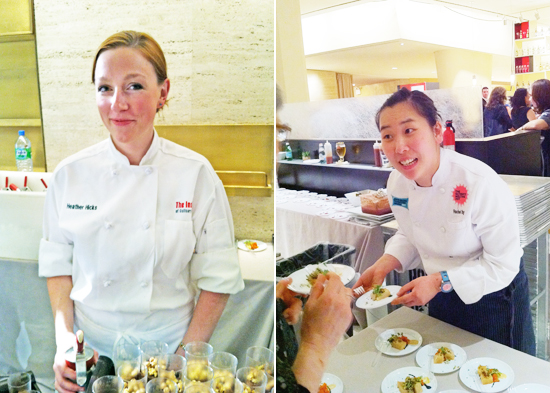 On Sunday, all of the chefs in town gathered at Chelsea Market for Chef’s Night Out — a true industry party where the country’s greatest chefs can connect and catch up with each other. Many well-known chefs and nominees were there, including Michael White, Floyd Cardoz, Chuck Hughes, Marco Canora, Anne Burrell and many more names than we can possibly list here. 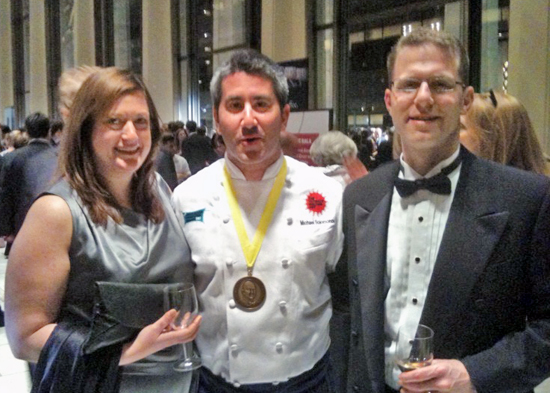 This year's the ceremony was hosted by past-winners Tom Colicchio, Traci Des Jardins, and Ming Tsai. They handed out awards to the best chefs and most outstanding restaurants in the country. In addition to the chef awards, the Beard Awards also awarded their Humanitarian of the Year Award to FareStart, a culinary-training program that services homeless and disadvantaged men, women and families in Seattle, helping them to achieve self-sufficiency through life skills, job training and employment in the foodservice industry.

The award was just one of many highlights from the ceremony. The theme of the night was “The Ultimate Melting Pot” and in that vein that chefs born in other countries or American-born chefs who focus on foreign cuisines were selected to cook for the gala reception after the medals had been handed out. ICE Alumni Rachel Yang of Seattle’s Joule prepared Korean Bean Paste-Cured and Cold-Smoked Walu with Fennel Kimchi, inspired by her Korean heritage. Student volunteers from ICE worked alongside the chefs to prepare the outstanding tasting dishes. Other treats included Lobster Carpaccio with Sea Urchin and Ostera Caviar Dressing from Luciano Pellegrini of Las Vegas’s Valentino at the Venetian, White Curry Tripe with Galangal and Crunchy Garlic from Ken Oringer of Boston’s Clio and Tonka Bean–Infused Dark Chocolate Cremeux with Organic Mulberry Compote, Floral Red Fruit Tea and Chocolate Puffs from Yigit Pura of San Francisco’s Taste Catering & Event Planning (though you may recognize him as the winner of Top Chef: Just Desserts). 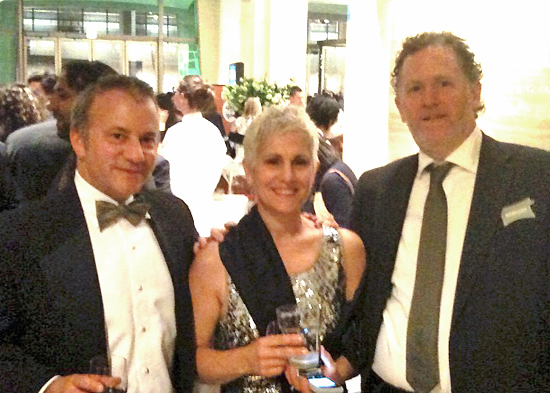 After the gala the partying continued at after-parties spread throughout the city. Food personalities could be spotted dancing the night away at Daniel Boulud’s brand-new west-side restaurant, Boulud Sud, Eleven Madison Park (this year’s Outstanding Restaurant) and a joint-celebration at The Jane hotel from the teams behind Torrisi Italian Specialties and Momofuku. It was a wonderful evening for the culinary industry — definitely one for the books!