A Guide to Growth: From Culinary Student to Professional Chef

My trajectory from culinary school graduate to my current roles as an ICE Chef Instructor, author and entrepreneur didn’t follow the most conventional route. But luckily in the food industry, that’s okay. The more one gets to know other chefs and food professionals, the more you realize that there are many different paths to success in our field. 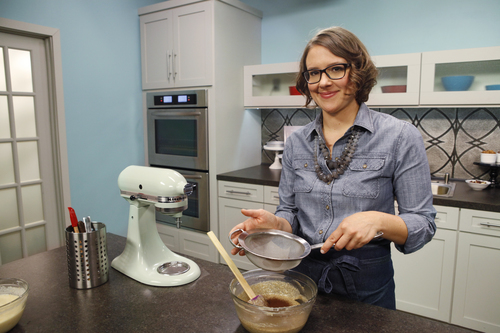 Let me start by telling you a bit about my background: Just after graduating high school, and with no set plans to attend college, I decided (on a complete whim) to apply to culinary school. I did not grow up tugging at my grandmother’s apron strings or licking a spoon of icing while my mom whipped up glorious cakes. Sure, there were some folks in my family that liked to cook, but we were more of a dining out kind of family.

Growing up in Chicago, tacos or falafel at local hole-in-the-wall restaurants were far superior to my mother’s meatloaf. The highlight of an occasional white tablecloth affair was sipping a Shirley Temple alongside my mom’s Old-Fashioned. In hindsight, it doesn’t surprise me that I found myself so very at home in restaurant kitchens.

Early on in my culinary school program, I decided to specialize in pastry, mostly because I liked the idea of baking gorgeous cakes. What I realized later (many, many years later) is that baking ended up being a better fit for me because the nature of the work is a bit more structured. Yes, the pastry arts are highly creative, but if I don’t use the correct ratios of ingredients, my cake won’t rise in the oven. I needed work that would allow me to be creative but with some rules and guidelines. The rules of savory cooking, on the other hand, can be a bit easier to bend—with a little of this and a dash of that. With that in mind, here are few tips that I have for those just starting out in the industry—to help you decide what roles might best fit your strengths:

Choose a Path That Suits Your Learning and Working Style

Not sure what your “style” is yet? Try taking a Kolb’s Learning Style Inventory or a Myers Briggs Personality Test. I took a hiatus from cooking in my twenties to pursue my bachelor’s degree. In doing so, I spent a lot of time studying leadership and was introduced to these tests. They really helped me understand myself as a student and as an employee. Give them a whirl! If nothing else, it’s always fun to self-reflect. 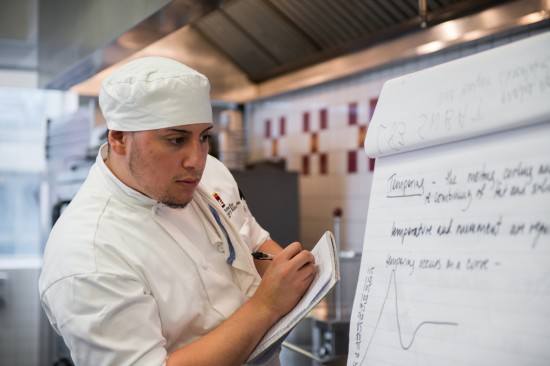 Don’t be afraid to dabble in a wide range of professions in the culinary industry. Arrange to bake in your favorite bakery for a week or work as a prep cook in a few kitchens on your days off from school. Volunteer as a chef assistant at local charitable events. Ask your culinary school instructors if they need any help with special projects.

As a student, whenever I had days off from school or a holiday break, I would line up a stage in a new restaurant (pronounced “st-ah-j”—a French word for “internship”). Not only did I collect valuable recipes and cooking techniques at every stage, but I also began to understand the culture of kitchens. I started to notice trends and commonalities from kitchen to kitchen, and I started to feel less nervous when entering a new kitchen. But best of all, I expanded my Rolodex.

Immerse Yourself in the Industry

From day one, subscribe to food magazines, buy cookbooks, read the weekly food section in your local paper and those in major cities. Get to know the “who’s who” of the food industry—and not just the chefs on television. Eat out at respected restaurants as often as you can. (A little tip: the cheapest way to eat at an uber expensive restaurant is to stage for a day. You won’t sit down to a 20-course meal, but you’ll see a lot of food being prepared and if you’re lucky, you’ll get to taste some of it too.)

The more you know about what is happening on a national level in the industry, the better equipped you’ll be when interviewing for positions. If you can reference current trends, interesting places you’ve recently dined or articles you’ve just read while talking to a potential employer, I guarantee you’ll set yourself apart from other candidates.

Complete an Externship (or Internship)

At ICE, externships are a mandatory facet of our students’ education. Yes, you learn a ton in class at ICE and many students are eager to jump right into a paid position upon graduation. But even for those students who are anxious to start paying off their culinary school loans, I promise that your externship is one of the most valuable components to your education and future career. It is the only time you will be able to walk into a professional kitchen and make tons of mistakes without being shown out the back door. Of course, you will be held responsible for your work and your chef will have high expectations, but the pressure is completely different when you aren’t being paid. It’s just the nature of the relationship.

Go With Your Gut

When choosing a site for an externship, be sure you find a kitchen that feels right. I tell my students to simply go with their gut, but the key is to make sure the chef and your coworkers encourage learning above all. What’s more, I give the same advice when it comes to choosing paid positions later in your career. One of my shortest stints was at Charlie Trotter’s in Chicago. I worked there for only six months.

After an 18-hour trail (a trail is essentially an unpaid working audition for a cooks’ position), I met with Chef Trotter. It was about 2:00am. I was exhausted and utterly confused about what I had accomplished that day, let alone what he was asking me during my interview. When he offered me a pastry cook position, I accepted. (Duh! What cook in the world wouldn’t want to work for Charlie Trotter?!)

But as soon as I got home, I knew I had made a mistake. I couldn’t quite pinpoint why, but half a year later I realized the culture of the kitchen wasn’t a good fit for me. I was used to high end kitchens that were led by much more nurturing chefs, with more camaraderie among the cooks. Charlie Trotter certainly offered an incredible fine-dining service, but he wasn’t nurturing, and there was a level of cutthroat competition among my coworkers that I didn’t care for.

I don’t regret my time there—I am now a bit neurotic and have excellent attention to detail, which I exclusively credit to my time at Trotter’s—but it isn’t a kitchen I reflect back upon with many fond memories. 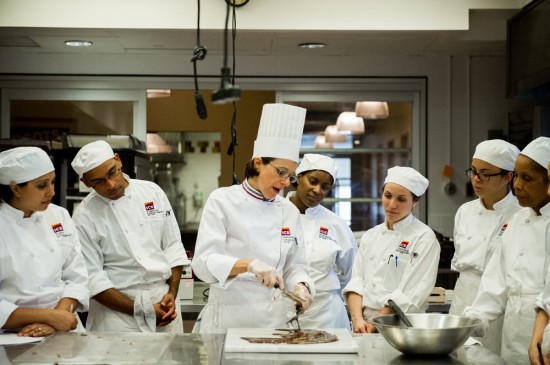 Take Your Time Climbing the Ladder

Have you noticed that most of America’s most celebrated chefs are not in their 20’s? This isn’t Hollywood or the music industry. It takes time to hone your skills. And that time means years, sometimes even decades. So don’t be impatient and try to chase a higher paycheck or a big title right out of school. You will not be ready for the responsibilities, and you’ll likely suffer for it.

Remember: when you graduate from culinary school, you are not a chef. You have graduated from a culinary student to a cook. I started working in kitchens when I was 18 years old. I didn’t become the pastry chef until seven kitchens later, at age 25. You do the math. Which leads me to my last bit of advice….

Escoffier (if you don’t know who I’m talking about, please refer to Step 3 and look him up) created this amazing thing called the Kitchen Brigade in the late 19th century. He used this hierarchy of a kitchen in hotels to streamline the work and create a more efficient system. It is still widely used today. In large kitchens—like hotels or very high-end restaurants, it exists in nearly the exact way Escoffier designed.

But in smaller kitchens, where there aren’t as many staff members, it is used more loosely. If you follow the hierarchy and slowly move up the ranks in the kitchen (without too much leaping over entire positions), you’ll find yourself to be an incredibly well rounded chef. A chef that can lead a team, troubleshoot when things go awry, create new dishes and, most importantly, inspire the next generation of cooks.

Whenever I give this advice to students, they always ask, “So how long will it be until I am the chef, then?” If you have that question yourself, here’s my best answer: Every cook develops differently. Some advance rather quickly, while others take a slower approach to their career development. Expect to spend at least a couple of years at each “level” of the kitchen hierarchy.

For example, be a line cook for three to five years, in one to three kitchens (please do not leave a job in less than a year—it will ruin your resume). Then work towards being a sous chef for three to five years in one or two different locations (and do not leave a management role in less than two years). From there, consider being the chef and running your own kitchen. (By the way, this holds true for both culinary and pastry chefs.)

There will always be exceptions. Some people who enroll in culinary school already have years of kitchen experience or incredible knife skills, while others are completely new to the profession. Other people are just in the right place at the right time. But keep in mind, slow and steady usually wins the race—in any industry. It’s like braising meat, your learning path will take a loooooooong time: sure, you can speed up braised meat with a pressure cooker, but if you do that with your career, you are more likely to explode.

Give yourself lots of time to learn new methods and techniques, to make mistakes on someone else’s dime, to explore different cuisines and to mature as a leader. Kitchens aren’t going anywhere anytime soon—and running your own business is a financial decision you don’t want to take on if you don’t have the proper experience—so don’t rush it.

How to Make a Mold