Standing on an unassuming, quiet corner of New York’s Lower East Side, you would never imagine you were mere steps from one of the city’s premier food media production companies. Yet ICE alum and James Beard Award winner Jamie Tiampo’s company, SeeFood Media, is just that — an outlier in more ways than its low-key location. 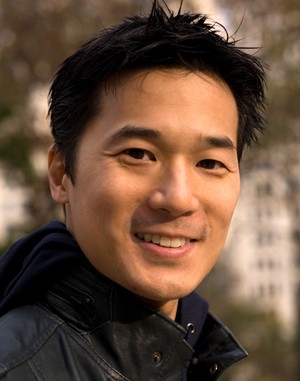 SeeFood fills a niche in which it has no real competitor: a “one-stop shop” featuring seven kitchen sets, a rooftop for outdoor cooking segments, separate prep kitchens for food stylists, an in-house prop shop and a team of seasoned professionals who have produced several hundred food-centric video and photo shoots. “I started with the fundamental question of how to make food look better,” said Jamie. “From there, it was a matter of engineering the systems and facilities from the ground up to support that mission.” As with many successful entrepreneurs, SeeFood Media wasn’t Jamie’s first business venture. His pre-food background includes stints working for multiple start-ups, including helping start a company that was eventually acquired by IBM. After cutting his teeth in the early 2000s dot-com boom, Jamie found himself in the unique situation of being able to pursue his lifelong passion for food. He quit his job and enrolled in New York University’s master’s program in Food Studies and ICE’s Culinary Management program. “Some of my most valuable early experiences came from the Culinary Management program. My instructor, Steve Zagor, blended real-world exposure with case studies and analysis, which helped me understand the business of food.”

Jamie started his career in food by photographing cookbooks. “I was incredibly lucky to have some of my early food photographs exhibited at the James Beard House. That helped me land my first cookbook deal.” Yet after a few years as a successful photographer, Jamie saw the writing on the wall: publishers were downsizing and DSLR technology was lowering the barriers to entry in the field. Taking this threat as an opportunity, Jamie reinvented himself as a master of the moving image, assisting on sets until he had refined his video production skills. “At one point, I had pestered pretty much every culinary producer and food stylist in New York City, asking them what their biggest challenges were…and then I started thinking about solutions.” [vimeo 60037131 w=600;h=340] It was his time on those sets that gave Jamie the idea for SeeFood Media. Today, the kitchen studios he personally designed serve clients such as Unilever, the Food Network and Condé Nast. Yet the needs of those clients are rapidly changing. “If there was one thing I learned from living through the first dot-com bubble, it was that nothing is sacred. SeeFood Media started in an era of big TV cooking shows with custom sets in gigantic studios. Yet we’ve witnessed — and benefitted from — an evolution where food brands have realized they can also leverage digital video, and hire us to script, produce and edit extremely high quality videos which speak directly to their consumers,” Jamie explains. “What drives our business is bandwidth. Today, people can watch a video on their phone while they walk down the sidewalk. For brands, that means video content can reach an audience anytime, anywhere.” Bandwidth also defines much of SeeFood Media’s future. On the city street outside, Jamie proudly points out a patched section of pavement, which leads directly into the building. “That’s where we installed fiber optic cables. Once they’re connected to the downtown grid, we’ll not only have a more powerful Internet connection for obscenely large file transfers, but we’ll also be able to broadcast live to television stations around the country.”

This forward-thinking mentality has helped Jamie stay one step ahead of the curve, successfully guiding his investments in SeeFood Media and his other ventures. Of particular note, he backed the wildly popular NYC restaurants L’Apicio, L’Artusi and dell’anima, and, most recently, became a partner in a new quick-service restaurant in California, Top Round Roast Beef. “I’m really excited about Top Round. We’ve put a chef’s spin on the roast beef sandwich, slow roasting whole subprimals, slicing them thinly and serving it on a buttered brioche bun. That goes with curly fries — fried in beef fat — and an awesome frozen custard program. It’s amazingly crave-able.” Yet despite his multi-faceted career, Jamie believes that the key to success is focusing on one area of expertise: “While it’s great to have diverse experiences, it’s easy to become a ‘jack of all trades’ and a master of none. Whether at SeeFood Media or Top Round, everything I’ve been able to do is because I have an experienced team around me who are each a master of their own trades. And no matter what we’re working on, our end product is food. We don’t fake anything here. If it doesn’t taste good and it’s not beautiful, then it’s not worth doing.”

Click here to learn more about creative culinary careers paths outside the kitchen.