Finding Culinary Success in the Woods of the Midwest

Like many ICE grads, Amy Thielen spent time in New York City’s top restaurant kitchens after graduating from our Culinary Arts program. But after seven years working for such chefs as David Bouley, Daniel Boulud and Jean-Georges Vongerichten, Amy’s Midwestern roots came calling. Today, she is a rising star on the Food Network and a James Beard award-winning cookbook author, exploring her all-American heritage and helping to redefine the field of modern Midwestern cooking. 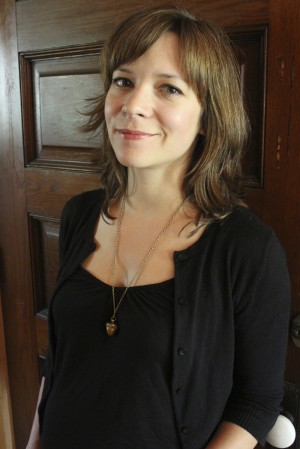 I was living in Minnesota—in a cabin in the woods—growing a garden, canning and working part-time as a breakfast cook at a diner on the main street of my hometown. ICE seemed like the right fit for a number of reasons. First, it was less expensive than other schools, and I was still paying off my college loans. Second, it was in New York City. Plus, I just liked the feeling of the school.

Where was your externship?

I did my externship at Danube, which was David Bouley’s Austrian restaurant at the time (in the space that is now Brushstroke). I arrived just before they received three stars from the New York Times and, after the externship, was hired to work garde manger. The kitchen was staffed with great chefs and a bunch of cooks from Michelin-starred European restaurants. I learned an incredible amount. It blew my mind, and from then on, I was hooked on fine dining—I worked in the area for seven years after that.

So what was your path from Danube to The New Midwestern Table?

At the end of my year at Danube, I spent time testing recipes for Bouley’s cookbook, East of Paris, in New York Times writer Melissa Clark’s test kitchen. From there, I worked at Bouley and then on the line at db Bistro Moderne. I was promoted to sous chef at Jean Georges Vongerichten’s Chinese restaurant, 66, and then I worked on the opening team for Cru with Chef Shea Gallante, who I’d known from my Bouley days. When I got pregnant with my son, I continued to work at Cru on research and development, while also working on a potential cookbook. After my son was born, I stepped away from the restaurant kitchens to freelance in magazine test kitchens, which is something I’d done previously between cooking jobs. In particular, I developed a lot of recipes for Country Living. 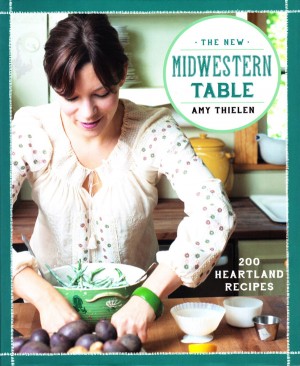 When my son was a year old, we moved back to our cabin in the woods of northern Minnesota. That’s where I wrote my cookbook proposal for The New Midwestern Table, which was published in 2013. As it was being published, I was approached about producing a TV show, based loosely on my book, with Lidia Bastianich’s production company, Tavola. We shot the sizzle reel, and shortly after, Food Network picked up the show. Two seasons of Heartland Table have since aired on Food Network. At the moment, I’m working on a second book for Clarkson Potter—a food memoir.

My book, The New Midwestern Table, won the 2014 James Beard award for best book on American cooking! I’d won a previous Beard award in 2011 for some journalistic pieces I wrote for the Minneapolis Star Tribune, but taking home the award for my own book really takes the cake. I’m glad that my hard work paid off and that people in the industry are starting to look at the food of the Midwest—past, and present—with renewed interest.

Can you describe a typical workday?

Oh! It varies. I take my son to school and then about half of the time, I go to the gym (essential for professional eaters!). Then, lately, I write all day. If I were working on recipes, I would probably cook all day. If it’s summer, I weed the garden and pick vegetables too. It’s funny, but my best writing comes when I’m working in my kitchen, making something. Somehow, it’s like my arms are my brain’s motor; when they turn, it works better.

What might people be surprised to learn about your career?

It looks from the outside like a lot of fun and games—eating and writing all day—but the deadlines are tough! I stay up very late writing a lot of nights, drinking cold coffee.

I love where I’m at right now. I’d like everything to stay exactly the same—but maybe be 20% less busy. I’d like to have more time to do fun things with our son.