Cupcake Class: Studying with the Robicellis

Since the coining of the first celebrity chef, there have been many professionals in the culinary and pastry fields that new students can look up to as role models. There are, of course, a number of brilliant female pastry chefs here in New York City—and around the world—whose work inspires the artist in me.

While the question of who I look up to changes and expands as I learn, one person who has held my attention as an incredible role model is Alison Robicelli. I look to her and her husband Matt as successful examples of people who are real, people who work with their spouses every day, people who have started their own business several times, and people who have created delicious, luxurious, unusual recipes (shared with us through Alison’s naturally humorous voice in their new cookbook, Robicelli’s: A Love Story with Cupcakes). 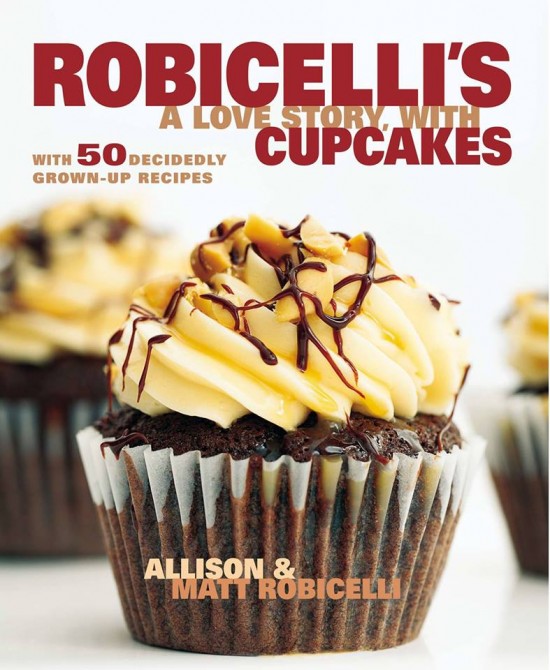 Before my exposure to the Robicellis, I would have been quick to tell you that most cupcakes are just not worth it. Give me a slice of real cake, a piece of pie, or, hell, a really great cookie any day. I don’t eat food just because it’s cute, okay? This is where the Robicellis come in. They understand that a cupcake is really just a piece of cake, already pre-portioned for yo, so that you don’t have to cut it. They understand that it shouldn’t taste like a piece of cardboard and be loaded with all kinds of artificial colorings and flavors.

Reading their book is like talking to them – you come out of both experiences wanting a relationship just like theirs, to test out their cakes, and to be their best friend. I have never encountered a cookbook that reads like a memoir or a novel before, but Alison’s hilarious, expletive-filled prose is as charming as their cakes are addictive.

Needless to say, taking a class with the Robicellis at ICE was as exciting as I had hoped. In person, the Robicellis are cool, funny people who love to make and eat cake. Their teaching focuses on technique—for example, we learned how to make their French and American buttercreams delightfully illustrated in hilarious and helpful comic strips in the book.

We also learned how to candy bacon, how to make apple cake for "The Noah" using fresh apples, how to pipe the frosting in different ways and how to craft all sorts of other components of their various cupcakes. The three cupcakes we made – "The Noah" (apple cake, goat cheese buttercream, candied bacon, and brown bourbon butter sauce – my favorite of the bunch), "The Ebinger" (chocolate cake, chocolate custard buttercream, chocolate fudge glaze and cake crumbs), and "The Estelle Getty" (amaretto cake, cheesecake buttercream, and homemade amaretti cookies) were just fantastic.

As Alison noted, “Yeah. These recipes are HARD. If they were easy, they just wouldn’t be as delicious.” I love that they fully respect those of us out there who admire them and want to make their recipes, but that they can also say, “Hey, we’re professionals. We live in a world in which we pay professionals for great steak dinners and we can also pay them for great cakes. If you don’t want to do the work, don’t worry, we’re already doing it. Enjoy!”

Before taking their class, I had to check out their Bay Ridge storefront, which is so warm and friendly. But upon visiting, I was faced with one of the greatest dilemmas: what to get? I’m not ashamed to tell you that I bought 4 cupcakes and ate them all for lunch. I enjoyed the "Chai Latte" (chai spice cake, vanilla buttercream and toasted spices), "The Hinsch" (chocolate malted cake, vanilla buttercream, chocolate malted sauce and homemade malted milk ball), "The Maltz" (chocolate bourbon cake, chocolate bourbon buttercream and brown sugar candied bacon), and "The Elvis" (banana cake, peanut butter buttercream and brown sugar candied bacon). They were all so delicious. I actually didn’t even have a favorite (although if I had to choose, I’d give it to the Maltz).

I also recently made one of their cupcakes for a wine and cheese event I was dessert-catering. Some people believe that desserts don’t go with wine. I am happy to report that the Robicellis are not like that (believe me, if desserts didn’t go with wine, I’d be at least thirty pounds lighter). But they also include at least two cupcakes in their book that, while they don’t include wine as an ingredient, pair just right. I chose to make "The Laurenzano", a moist fig cake topped with a goat cheese buttercream, fig balsamic reduction, and crispy prosciutto. You have no idea the compliments I got on these bad boys and I cannot wait to make my next Robicelli’s creation.

While it was certainly a detail-oriented recipe with many components, having finished my pastry degree, I am happy to report that they are not too hard for me to make. In fact, they are just right for someone like myself who is hoping to enjoy great cake, but also really nurture my creative side. Now that I have waxed rhapsodic about these people and their recipes, I just want to leave you with one crazy inspiring tidbit. My absolute favorite thing about the Robicellis is their flavors.

Beyond the recipes listed in the book, on their website they list ALL of their flavors and their components. Pro-tip: copy and paste, then save that one to a Word Document because it is sheer genius. Even without the recipes, an experienced baker with a knowledge of their style can certainly improvise and create their own version of a Robicelli’s delight (and believe you, I will. Not having a recipe for their Apricot Chardonnay cake will NOT stop me from figuring out my own!). So, to sum-up: The Robicellis are hilarious, inspiring food geniuses, and I am definitely improvising on "The Salty Dog" (grapefruit tequila cake and buttercream, grapefruit zest, and sea salt) for Cinco de Mayo. Check out their book!