When alum Brooke Siem started in the Culinary Arts program at ICE, she never imagined her future would be in cupcakes. It took a debilitating back injury, a last-minute trip to Israel and one very cool technique she learned at wd~50, but eventually, Brooke discovered her calling: Prohibition Bakery, a liquor-fueled sweet shop. We caught up with the Zagat “30 Under 30” winner to learn how she transformed an unfortunate series of circumstances into a delicious mix of booze and frosting. 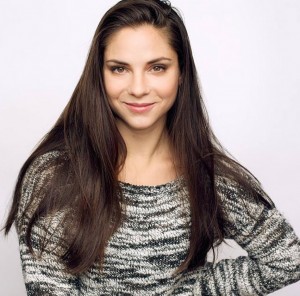 Did you have another career before studying at ICE?

I enrolled at ICE just after graduating from Middlebury College with a major in history, so I didn’t have any prior professional experience. Ultimately, what attracted me to the program was that it was based in the real world. I didn’t need another undergraduate degree, and I was looking for a part-time program, so ICE was perfect for that. I actually started working in the kitchen at Bar Boulud when I was still in school, which allowed me to get an education from all angles.

Did your externship help you make meaningful connections in the industry? Around the time I graduated from ICE, I had left Bar Boulud to work at wd~50. Unfortunately, I was only there for a few weeks before I injured my back and was forced to stop working in kitchens, so I finished my externship quite a while after I’d graduated. While it wasn’t originally what I had in mind, I ended up doing my externship at a company called ChefMod which handles purchasing for restaurants. Ironically, that position helped pave the way for the creation of Prohibition Bakery. I learned everything I needed to know about how to run a kitchen—where to buy equipment and ingredients, how to tell honest vendors from dishonest ones and how to negotiate prices. When I opened Prohibition Bakery, one of the first things I did was call ChefMod to become one of their clients, and we still use them!

What were the other significant stops on your journey to Prohibition Bakery?

My professional path was frustratingly clear. I say “frustrating” because it felt like such a mess when I was going through it, but every moment contributed to something great. After my back injury, I spent a year at ChefMod. I still wasn’t sure what I wanted to do professionally, so I went out to Long Island for the winemaking season. Soon after I returned, I got a last-minute call to go on a Birthright trip to Israel—literally 48 hours before the plane took off. If I hadn’t been unemployed, there’s no way I would have been able to go…and that trip is where I met my current business partner, Leslie Feinberg. Even after meeting Leslie, it wasn’t immediately clear what I should do with my career, so I started baking to pass the time. That’s when I had my “aha” moment. In short, I realized I could use a technique I learned in the few weeks I worked at wd~50 to make boozy cupcakes. Four months later, Leslie and I opened Prohibition Bakery. 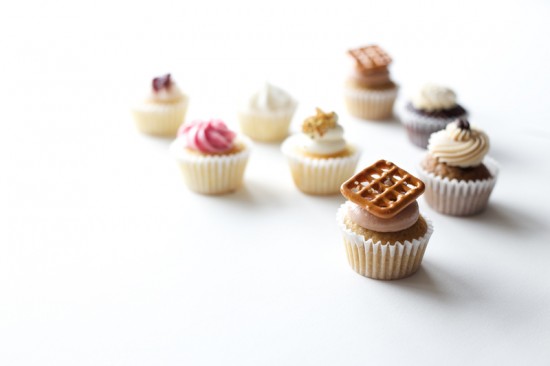 Are there any awards or honors of which you are particularly proud?

Last year, we were named to Zagat’s “30 Under 30” list, an accomplishment of which I’m incredibly proud. We also have a cookbook in the works with Sterling Publishing that will come out on October 6. I’m thrilled that I’ll be able to call myself a published author in general and to do it before turning 30 is amazing.

I usually get to the bakery between 9-11, depending on how busy the day is and who is helping out. Luckily, most people don’t want boozy cupcakes before noon, so I don’t keep early morning “baker’s hours.” Our kitchen is small, so one or two people can handle all of the baking, customer interaction, dishes, cleaning, etc. We also bake based on demand, so sometimes I’m done baking by noon and other days I’m still putting things in the oven at 7 pm. While I sometimes have one other person there with me, I’m usually on my own, which means I spend a lot of my baking time listening to podcasts or streaming old television sitcoms.

What might students be surprised to learn about your job?

For me, running a business has been about 30% baking and 70% management. We also don’t have air conditioning, so it gets ridiculously hot in the summertime.

I’ve established that I like starting businesses and have started a few other non-food businesses since opening the bakery. I’ll probably just keep creating new concepts until one (hopefully) blows up!