ICE alumni released a variety of cookbooks this fall, which are topping gift guides and inspiring hands-on recreational classes.

This fall and early next year, several ICE alumni are coming out with interesting and unique cookbooks. In honor of the holidays, we're highlighting five recent releases for cooking, baking and gifting inspiration. 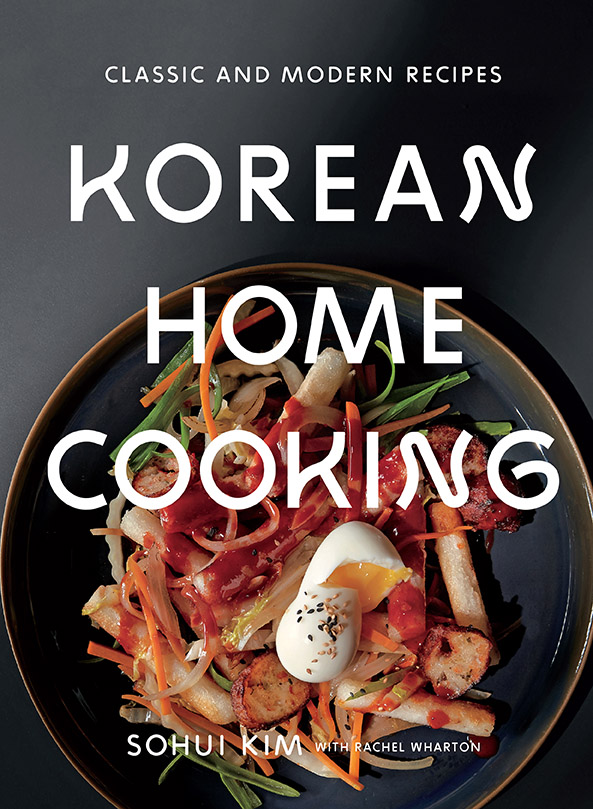 The first book, “Korean Home Cooking: Classic & Modern Recipes” is from Chef Sohui Kim (Culinary/Management, ‘02) who owns The Good Fork and Insa with her husband, Ben, in Brooklyn. Sohui told me that the idea for “Korean Home Cooking” was born out of Insa. After years of cooking at fine-dining restaurants and The Good Fork (decidedly not a Korean restaurant), she wanted to dive wholeheartedly into authentic Korean cuisine. “Insa is a Korean barbecue restaurant, but there are many more elements of Korean cuisine that I wanted to showcase,” Sohui said. “In the book, I do that by highlighting banchan (small side dishes), which I think is the heart of Korean cooking, as well as homey soups and stews. The recipes get more complex and technical with dishes such as blood sausage, Korean fried chicken and even homemade Spam (which is very popular in Korea)!” 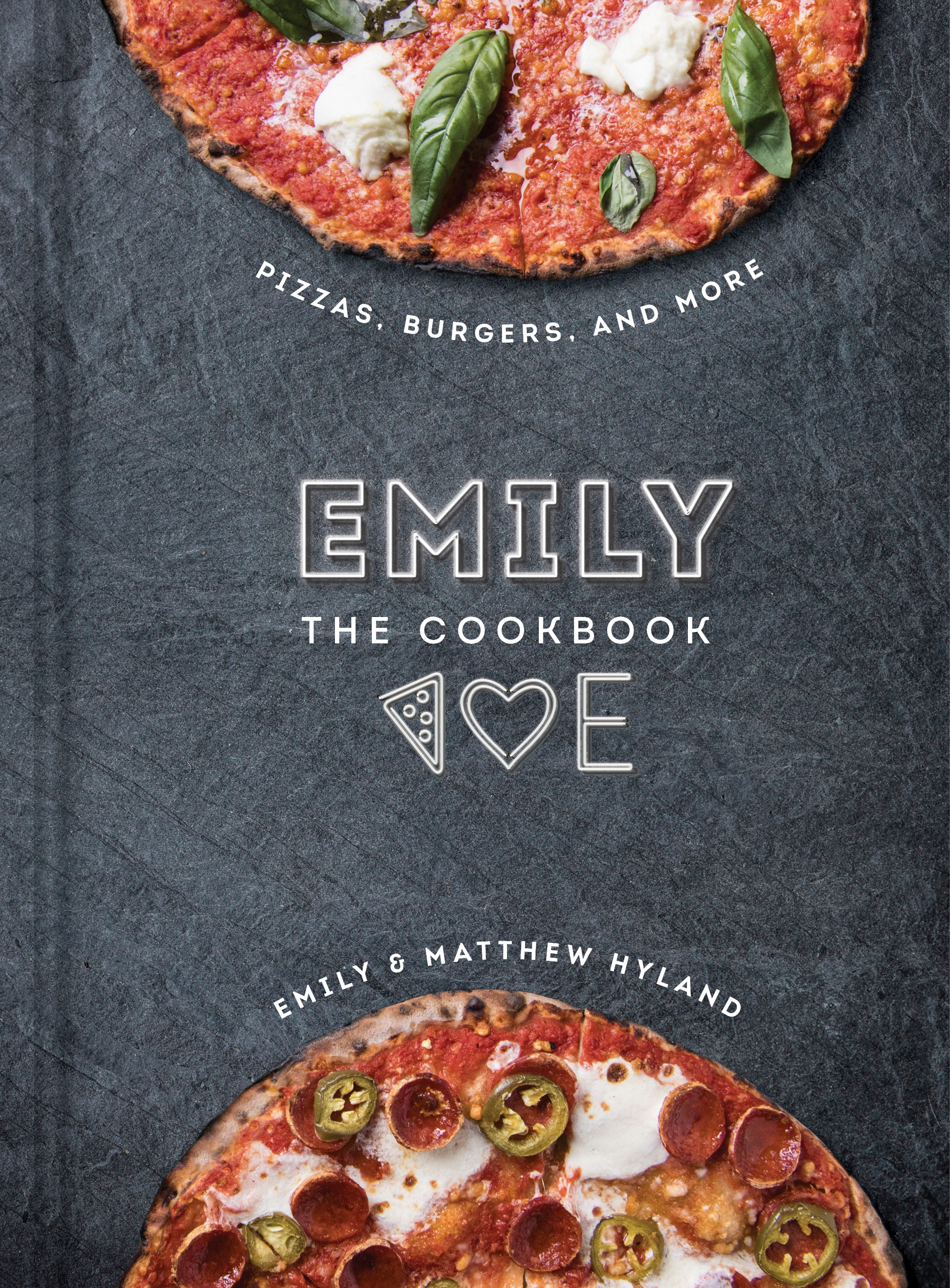 Next, there is “Emily: The Cookbook,” by Chef Matt Hyland (Culinary, ‘04) and his wife and business partner, Emily. They own the Emily and Emmy Squared restaurants in Manhattan, Brooklyn and Nashville. Their success is based on stellar, flavorful updates or re-creations of classics, from Detroit-style pizza to modern comfort food, like fried chicken and a duck confit sandwich with a pretzel bun. When asked what are some of the things he learned writing the book, Matt said, “I realized that most of my cooking comes from great childhood memories of food: mostly takeout and food at the beach. The process of creating a book was hard, but very personally rewarding. I think back when we first opened the original Emily in Clinton Hill, a cookbook was such a far reach for a tiny, 40-seat restaurant. Now almost five years later, we have a book!” 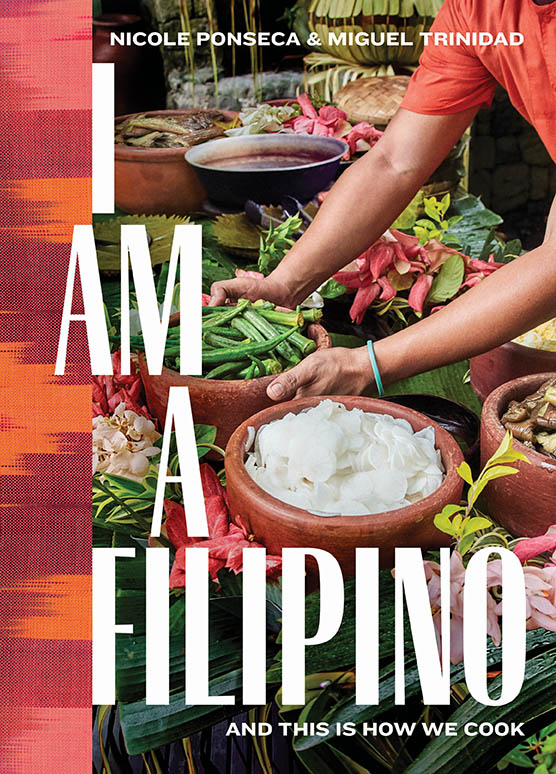 Third, “I Am a Filipino: And This Is How We Cook” is by Chef Miguel Trinidad (Culinary, ‘07) and Nicole Ponseca who are the owners of Maharlika and Jeepney in New York City. Their book reflects the menus in their restaurants and then goes much further. “During my travels and R&D, we discovered a whole different type of Filipino cuisine that was not well-known and in some cases almost undiscovered,” Chef Miguel said. “The food from the region of Mindanao is highly influenced by Muslim culture. What does this mean? A big part is the spicing, where in the north you would use soy sauce for a classic adobo, in Mindanao, you have an adobo dilaw that uses turmeric and sometimes spices like cinnamon, cloves and star anise. This was a surprise to us, so we dove deeper, and you’ll see recipes from the region of Mindanao in the cookbook.” 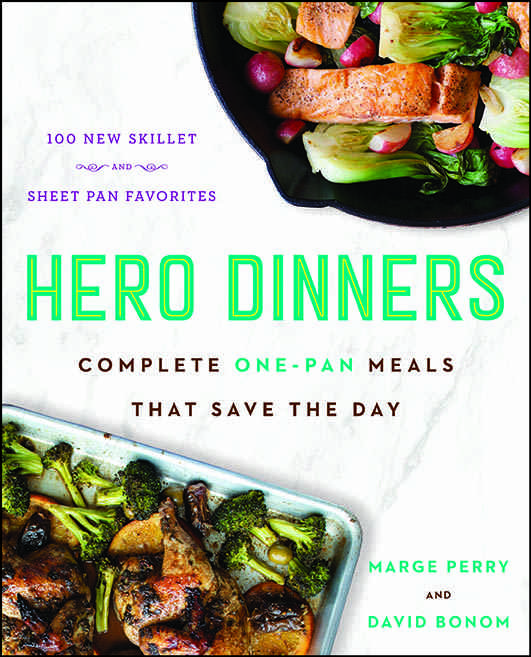 The fourth book is extra special because it’s by two members of the ICE community: husband and wife, Marge Perry (a recreational instructor) and David Bonom (Culinary, ‘93). Their book, “Hero Dinners: Complete One-Pan Meals That Save the Day,” comes out in late March (available for pre-order now) and presents more than 100 delicious and complete meals, which can be made in a simple skillet of sheet pan. Recipes include sheet pan harissa chicken with quinoa and cauliflower, and Spanish chuck eye with sweet onion, olive, roasted pepper, green beans and almond-parsley rice. Chef Marge is best-known as a food columnist for Newsday and teaches recreational classes on food media at ICE.

“Our book is inspired by our students at ICE, who have willingly shared their questions, concerns and stress points in the kitchen,” Chef Marge said. “Students have shown us and told us what they want and need to cook, what helps and/or confuses them about recipes, and what makes them able to prepare really great food with confidence.” 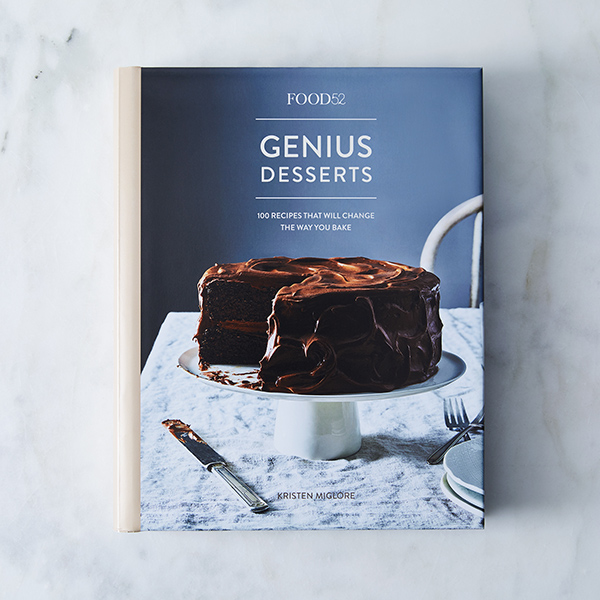 One thing is for sure: These books reflect ICE alumni who have “found their culinary voice.”

Meet some of these chefs in our Cook-the-Book series of recreational classes in which participants make a recipe from a cookbook with the author then take a copy home. You can share the interactive experience with a gift card this holiday season, and see more gift ideas among fall 2018 cookbook releases.