When ICE alum Inez Ribustello left her small hometown in North Carolina to move to New York City, she never imagined that she would return. Yet when her illustrious career as a sommelier and beverage director at New York’s famed Windows on the World came to a halt in the aftermath of 9/11, Inez found new opportunities back home. 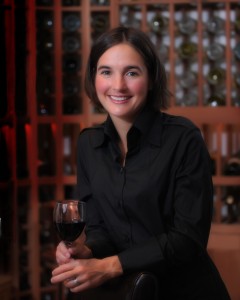 Today, as the co-owner of wine-driven restaurant On the Square, Inez is among an influential contingent of culinary entrepreneurs—including fellow ICE alum and host of A Chef’s Life, Vivian Howard—who are revitalizing local communities in small, economically challenged towns outside of Raleigh. Admittedly, becoming a community activist wasn’t Inez’s original career plan.

After earning her journalism degree from UNC-Chapel Hill, she set her sights on studying culinary arts in New York City with the hope of becoming a food writer. It was en route to class at ICE that opportunity first came calling for Inez, in the form of a wine shop called Best Sellers. “It was right outside the subway stop for ICE (then called Peter Kump’s New York Cooking School), and I would always stop in to look at the bottles. After a while, the shop clerk told me, ‘You’d save a lot of money if you got a job here.’ She had just graduated from culinary school herself, so she thought I would be a great candidate.” For the next four months, Inez attended full-time culinary classes during the day and worked at the wine shop in the evenings. Eventually, her love of discovering new wines overcame her desire to cook. So after completing her ICE externship in a professional kitchen, Inez immediately started looking for wine jobs. “Around that time, I read an article in the New York Times dining section about Andrea Immer, then the beverage director at Windows on the World on the top floor of the World Trade Center. I simply called her, told her I was an ICE graduate and that I was passionate about wine, and asked if she had any entry-level positions. She asked me to fax in my resume, and she must have kept it on file because six months later, she called telling me she needed a new hostess for a restaurant called Wild Blue.” Though Inez’s boldness had gotten Immer’s attention, she wasn’t entirely sure she wanted to take a job as a hostess. “You think to yourself, I’ve got a four-year college degree and a culinary degree—but it turns out that sometimes, the best choice is to just get your foot in the door, even if it’s not the job you had in mind.” 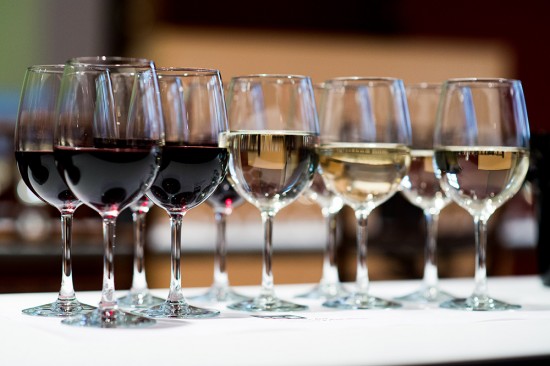 As fate would have it, the day that Inez showed up for her interview, the assistant cellar master had quit. Instead of interviewing for a hostess position, she ended up working in the cellar for the entire Windows on the World restaurant group. “It wasn’t glamorous, but in those first eight months moving boxes—reading, touching wine bottles, etc.—I learned more than I probably have during the rest of my career.” From that point on, Inez’s wine knowledge was on the rise, eventually earning the title of beverage director for Windows on the World—the highest-grossing restaurant in North America at the time. That’s also where she met her future husband and business partner, Stephen, who was working as a sommelier for the WOTW group. Then came 9/11—overturning the young couple’s personal and professional lives. They both felt passionate about trying to stay and support the Manhattan restaurant community, but after fighting through another year in the city, the pair decided to take time and reflect on their future while working the wine harvest in Burgundy.

After that harvest, Inez and Stephen returned—temporarily—to her hometown of Tarboro, North Carolina. Soon after their arrival, they were approached by a local business owner with an offer to sell them her restaurant. Both Inez and Stephen considered small-town Tarboro to be too great of a risk for a fine dining concept, but Inez’s father was able to persuade them with his offer to invest in the project. The two hesitantly made an 18-month commitment to open the new restaurant, called On the Square. Almost 13 years later, they’re still in Tarboro.

“We’ve had very little staff turnover, and the support of this town has been incredible,” Inez notes. “We’re in one of the poorest counties in North Carolina with a high unemployment rate, so we make an effort to balance our fine dining efforts with supporting the interests of our community. That means that lunch is very casual counter service, while on Thursday, Friday and Saturday evenings, we do white tablecloth-style dining with sommelier service and more than 500 bottles on our wine list.” It goes without saying that the success of a high-end restaurant in an impoverished community is nothing short of miraculous. Yet Inez and Stephen have found incredible success through their passion for wine. “When we work with vintners to put on a wine dinner, they’re always impressed that we can really create a menu that highlights their bottles. It sets us apart and means that we have very special relationships with producers.” Inez and Stephen have also expanded their cellar into a small wine shop so that visitors to the restaurant can purchase a bottle to take home. What’s more, they’re opening up a third business—a brewery—to further boost tourism and jobs in the town. “At this point, our success is no longer just about us,” says Inez. “It’s about the people who grew up here who would love to move back. It’s about encouraging other small business owners to open a bakery or other essential shops. It’s really about the entire town.”