When ICE President Rick Smilow and Anne E. McBride wrote Culinary Careers: How to Get Your Dream Job in Food they discovered a plethora of food jobs they had never heard of before. Since the book's release, they have been discovering even more interesting career paths in the food world. DICED shares some of them with you in a reoccurring feature, “Unique Culinary Careers.” 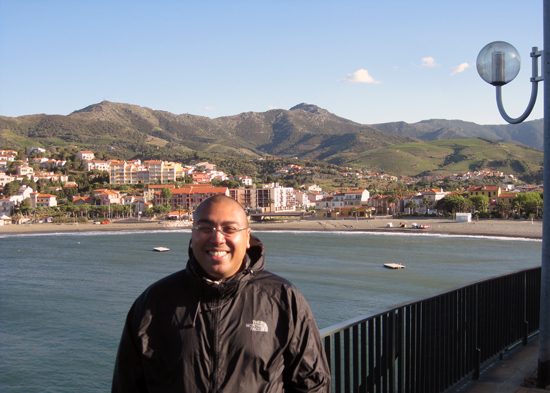 Working in the culinary industry affords many unique and interesting opportunities. Paras Shah graduated from ICE’s Culinary Arts program in 2007. A born and raised New Yorker, Shah plans to open a small restaurant in Queens one day, but for now his culinary journey has taken him to Europe and one of the top restaurants in the world. After completing his externship at Per Se, he went on to work at Momofuku Noodle Bar. While working there, he was one of two American culinary school graduates to be awarded an ICEX Spanish Trade Commission Scholarship, allowing him to spend a year cooking in Spain. While there, he worked at Echaurren in La Rioja, then Santo Mauro in Madrid and is now at Ferran Adrià’s world-famous El Bullì in Roses. We asked him about working in Spain, cooking in another language and how travel is shaping his culinary growth.

I am a stage at El Bullì, one of the best restaurants in the world. I am part of an international team of about 50 cooks. We do everything from doing about 90% of the mise en place to plating dishes during service. It involves long hours and we strive to be perfect in everything that we do in the kitchen. At El Bullì, we are constantly striving to reinvent the concept of fine dining by utilizing the newest techniques and pushing the envelope.

How did you get this job?

I had applied for the ICEX Young Foreign Chef Scholarship that allowed us to cook in Spain for a year at Michelin-starred restaurants. I had selected El Bullì as one of the restaurants at which I would like to work. Having the chance to work with Ferran Adrià has been a dream come true.

How has traveling helped your professional growth?

Traveling has been an important part of my life in general. I have a wanderlust that is never satiated. With regards to my life as a cook, it is important to understand and know where certain techniques come from. It's easy to read a cookbook or follow a recipe meticulously, but it’s another thing to understand the soul of the dish. Traveling allows me to do that. It also gave me perspective and humility because I’ve met a lot of cooks that know more than me. A true professional sets aside pride to soak up all that information like a sponge.

How are kitchens in Spain different than America?

A kitchen is the same anywhere you go. Working in Spain is difficult at times because I need to take a second and translate in my head what I need to get out and when. Also, in the first two kitchens where I worked, we had siestas that lasted for at least two hours. The camaraderie is the same and you build relationships with your fellow cooks as if they were your family. The Spanish cooks are wonderfully proud of the towns where they grew up and that’s a sentiment that I would love to share with the cooks in the U.S. We can be and should be proud to be American cooks since we have the ability to draw on the entirety of the world's food and cultures and make them our own. Pride, plain and simple, the cooks here have it in spades.

How did ICE help prepare you for the kitchens at El Bullì?

ICE gave me a wonderful foundation on the fundamentals and it gave me the confidence to know that I can step in anywhere and make something like a mother sauce with ease. But more than anything else, Chef Instructor Chris Gesualdi showed me that cooking is love and if you just pay attention to what you're doing, you can do amazing things. Everything he did in class seemed effortless and I strive everyday to perfect my craft. ICE taught me that food is my life and to go for it full blast.