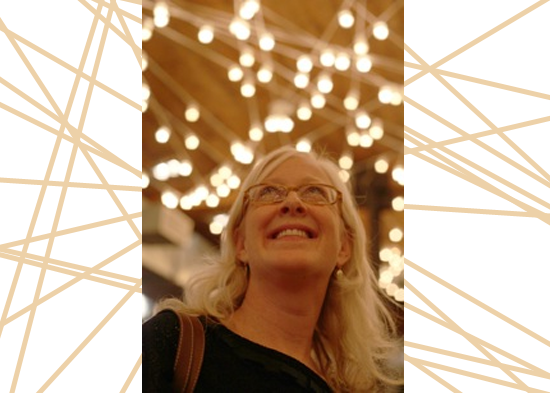 Jane Lerner is freelance food writer, editor and marketer. In addition to working for publications such as amNY, Metromix and Manhattan, she keeps her own food blog, Butter and Salt, and is part of the team behind Brooklyn Flea. She began wanting to pursue a career in the music industry but found her way to food and hasn’t looked back since. We asked her about her eclectic career, how she gravitated toward food media and why it is she decided to stay in food.

The phrase I usually use is “freelance food writer and editor,” but in the last six months, the kinds of jobs I've taken on have changed. For the past several years, I have worked as a writer and editor with an emphasis on food, nightlife, and culture. I have contributed to various NYC-based publications, websites and organizations such as amNY, NYC & Company, Manhattan magazine, Print, Metromix, Chocolatier and Garden Design. But then the change, and a good one: As of February of this year, I have been working for the Brooklyn Flea and its all-food market Smorgasburg, acting as the in-house blogger and assisting with various aspects of the food market. I continue to freelance with other companies, and recently I was given a copywriting and marketing assignment from a major food magazine, which for me marks a shift away from service journalism.

This might be my fourth, fifth career path! Or rather one long highway with a lot of side roads along the way. When I moved to New York in 2002, I came to pursue a career in the music industry. I quickly scored a short-term position in the publicity department at Warner Bros. Records. It was a bizarre and very fun six months and I parlayed that experience into a job doing PR for a small independent record label. I wasn't very good at it (I have a deep appreciation for publicists because I know how hard it is) and I soon moved to the other side of the publicist/writer equation. I was hired as a writer and copy editor for the Flavorpill newsletters, which eventually led to work as a fact checker and copy editor at a long string of magazines: Rolling Stone, Us, House & Garden, Playboy, Budget Travel, Blender, V, High Times, W and Interview among others. I've only just this year phased out most — but not all — of these kinds of gigs, but for many writers, they are the kind of consistently paying jobs that make being a freelance writer possible. I've found that my “inside” editorial experience has been helpful — I witnessed how staff editors are as desperate for a really good story as freelance writers are to get published!

I have always been food and restaurant obsessed, and around 2006 I knew I wanted to focus on that as my primary topic. A food-writer friend invited me to contribute restaurant and bar listings to New York magazine's website, and in the “opportunities are everywhere” category, I met a guy while waiting in line at il Laboratorio del Gelato on a hot day in summer 2006 and he gave me an assignment to write for his food trade magazine. At the same time, I took a few writing classes, where I met an editor who gave me a break by accepting two of my pitches for Time Out New York. All of this led to a collection of clips and ongoing assignments.

What projects are you working on now?

Smorgasburg launched in late May, and I am excited to be involved with it. I have known the Flea's founder, Eric Demby, for many years, and in the beginning of this year, Eric hired me to start blogging under the auspices of the Flea. Along with that daily writing work, I help coordinate some of Smorgasburg's initiatives, like the Greenmarket Special, a weekly collaboration between the Greenmarket farmers and food vendors; and the Social Circle, a booth for food-related nonprofits to promote their programs. I'm also scheduling the tastings with prospective Smorgasburg vendors (and eating! Today's lunch was a potential vendor's bulgogi buns). Another project I am involved in (an unpaid labor of love) is BK Swappers. When one of the swap's founders moved away from NYC and asked me to help run the events, I was thrilled. I now organize the bi-monthly(ish) food swaps with Meg Paska, and it has introduced me to an extraordinary community of home cooks and food enthusiasts. The New York Times even wrote an article about us.

Regardless of whether I am in an office or working from home, I still spend the vast majority of my day in front of my laptop, toggling between writing blog posts for Brooklyn Flea, emails (they come fast lately), Twitter and Facebook upkeep (both personal and on behalf of the markets), transcribing interviews, doing research and staying on top of deadlines for my freelance writing assignments.

What are the advantages of working as freelancer? Disadvantages?

The freedom and changeability in my schedule is a huge advantage for me, not having to make a midtown commute five days a week. But as a freelancer, the future is far more unpredictable. Work life can change instantly when a huge assignment comes (or goes) in a flash; it's all very mercurial.

The people, without a doubt. I am honored to have met so many fascinating, involved, smart and interesting people in the worlds of food and media in New York.

Talk to anyone and everyone you know even remotely connected to the field you are interested in. Launch your own projects/events/blog and show people that you are motivated and full of ideas. Be genuine and professional — people will always respond to smart ideas coming from a real person.