The Villanelle executive chef leveraged his network of fellow ICE alumni for positions at Le Turtle and Ferris before the Greenwich Village restaurant where he's sourcing locally and developing seasonal dishes infused with a variety of influences.

Growing up in central Connecticut, Tyler Heckman (Culinary, ‘15) displayed artistic talent from an early age. He attended a magnet high school for visual arts, then studied illustration at the University of Connecticut. It was not until his sophomore year of college, though, that he started channeling his creativity into food.

“I moved into a house with my brother and then I had access to a kitchen, so I started cooking. It kind of took over my life,” Chef Tyler recalls. Though he had worked as a dishwasher, prep cook, and line cook at a breakfast joint as a teenager, the freedom to experiment in his own space enlightened him on creative opportunities in the culinary world.

Upon graduation, Tyler decided to commit to this new medium and enroll in Culinary Arts at the Institute of Culinary Education. In his very first class, Chef Ted Siegel made a lasting impression. “He’s like an encyclopedia and he’s very intense, so that’s what I enjoyed the most,” Chef Tyler remembers. “The start of the program was really great.” 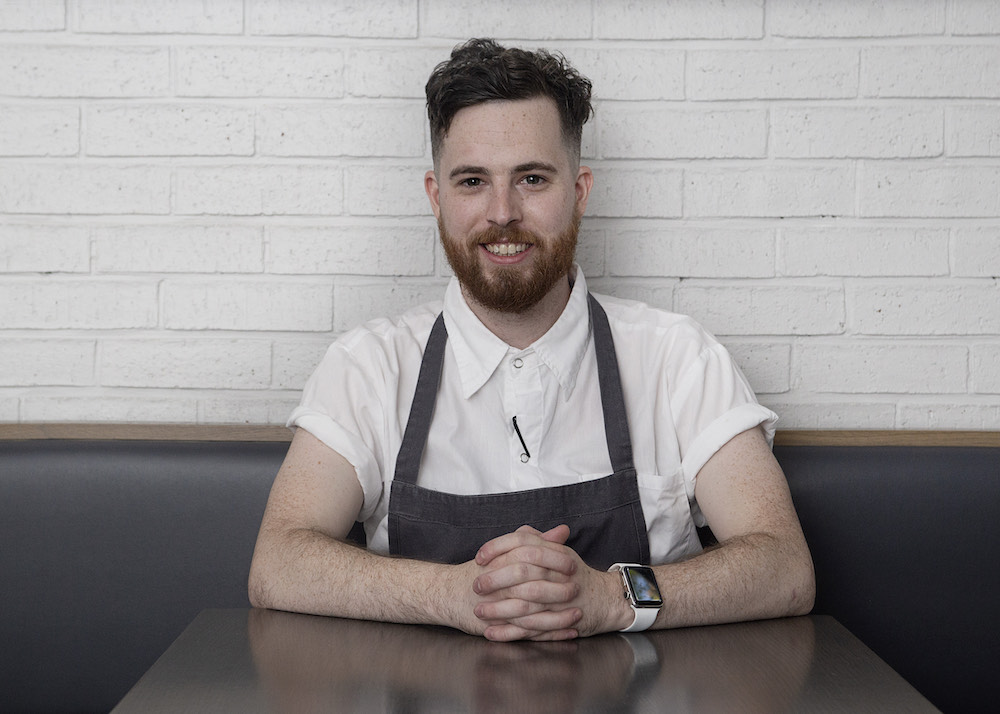 Soon after he began his courses, Chef Tyler landed a full-time line cook job at Toro. He was drawn to the Chelsea tapas restaurant for its nose-to-tail philosophy and Chef Jamie Bissonnette’s similar Connecticut upbringing, so he ate at the counter, asked about open positions and emailed the sous chef until he was hired. “It took persistence,” Chef Tyler admits. “I kept showing up and annoying them and it worked out in my favor.”

Though it was time-consuming, the combination of classes at ICE and work at Toro provided Chef Tyler with a robust culinary education and meaningful relationships. He moved up from the fry station to paella to the open kitchen in the dining room, and after completing his externship hours, became lead line cook. Chef Tyler accompanied Jamie and Chef Ken Oringer to off-site events, as well. “Toro was a really big part of my career,” Chef Tyler reflects. “I gained a mentor there in one of the sous chefs who became the chef de cuisine. It was a really important place to me.”

After two years of turning out Spanish shared plates, Tyler had learned everything he could and was ready to move on. He joined Le Turtle Executive Chef Greg Proechel (Culinary, ’09), a friend from ICE, at the French hot spot on the Lower East Side that had just 55 seats compared to Toro’s 125. “I wanted to scale down a bit and work in an environment that was smaller and more controlled,” Tyler explains.

Within a month, Tyler was upgraded to sous chef. The year-long stint was a useful introduction to management in which he learned about leadership, operations and teamwork. When Chef Greg was enlisted to open the food and beverage spaces in the Made Hotel, he brought Chef Tyler with him as executive sous chef. Together, they debuted New American restaurant Ferris, a lobby bar, rooftop lounge and in-room dining concept. “It was a big, big change,” Chef Tyler says of the transition from strictly dinner service to multiple all-day menus.

Once he had mastered all the moving parts, Chef Tyler was promoted to executive chef. In this top position, he benefited from the expertise of the hotel’s food and beverage partner Charles Seich. “He brought my management style to another level,” Tyler muses.

On the culinary side, Tyler continued to develop his own recipes and was recognized for dishes like cured scallop crudo with honeydew melon and fennel, dry-aged steelhead trout with New England clam chowder, and a half spatchcock chicken with jus, pickled kumquat and celery root puree.

When the pandemic hit, Chef Tyler had already been planning to leave the Made Hotel, so the New York City shutdown came at a convenient time for him. For once, he was able to relax and take a break from the fast pace of restaurants.

After four months at home, Chef Tyler already wanted to get back in the kitchen. Though job opportunities were slim, his former ICE career services advisor Tessa Thompson presented him with just the right one. She facilitated his new role as executive chef of Villanelle, a Greenwich Village farm-to-table spot owned by fellow ICE alum Catherine Manning (Management, ’15).

The restaurant is in close proximity to the city’s freshest produce at the Union Square Greenmarket. “I go to the farmers market three times per week,” Tyler says. “We’re doing a simple, vegetable-forward, seasonal menu. It’s a no-brainer with the market right there.”

Tyler uses just three or four ingredients per artfully plated dish and makes each one count. Right now, he’s focused on autumnal flavors with a delicata squash salad with smoked country ham, poached quince and fennel pollen and a roasted pork tenderloin with burnt onion jus and puree of toasted salsify and koji. Chef Tyler’s most recent version of New England clam chowder, a soup that’s deeply nostalgic to him, includes squid ink oyster crackers. “I think it’s the most mature food I’ve ever made,” he reveals. 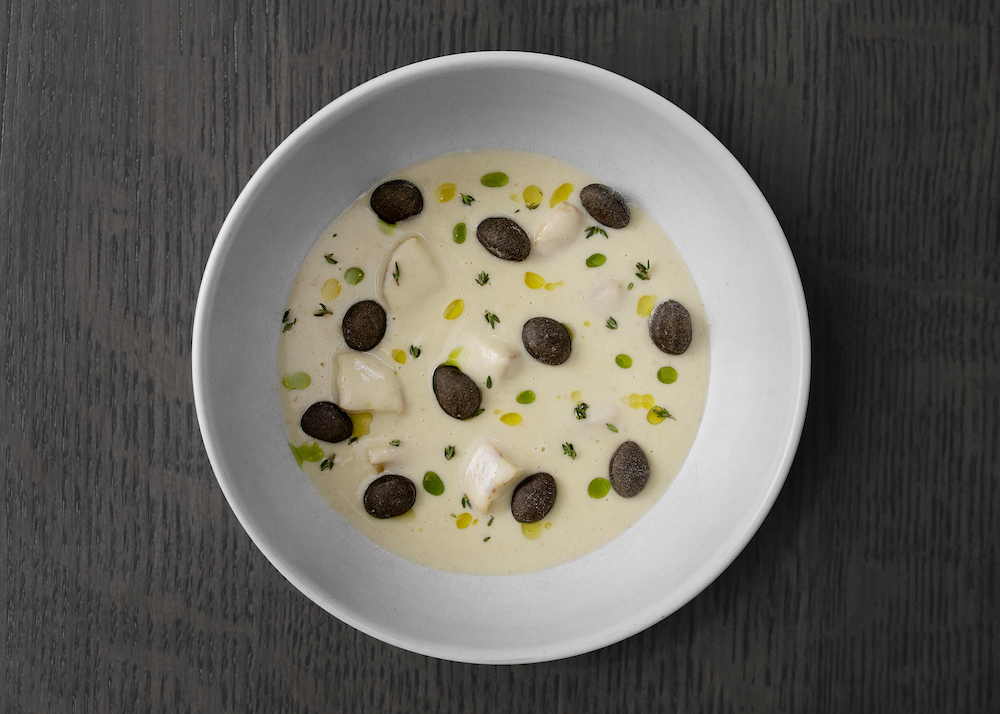 In order to conjure new recipes and improve his cooking, Chef Tyler looks to the world around him. “I’m very big on inspiration,” he says. “New York City is the food mecca, and I love eating out at restaurants because so many chefs are doing really cool stuff.” He’s particularly excited about The Four Horsemen in Williamsburg, Atomix in Murray Hill and Mister Jiu’s in San Francisco.

Cookbooks also inform Tyler’s craft. Over the years, he has collected hundreds, and he is constantly discovering rare copies of limited releases at The Strand, a historic bookstore near Union Square. “I read them all the time to keep the creativity flowing,” Tyler describes. At the moment, “In My Blood” by Copenhagen chef Bo Bech is his favorite.

While Tyler is focused on evolving at Villanelle, which has reopened with indoor dining, he sees himself opening his own restaurant one day. He’d like to settle in a smaller market like Portland, Maine, or coastal Rhode Island, where he can enjoy quality seafood and natural beauty, more sources of inspiration for his culinary endeavors.

Find your culinary voice among peers pursuing a future in food at ICE.