Toasting to ICE's Nutty Professors: In a Nutshell Cookbook Launch

A lot can happen in the time between pitching and publishing a cookbook—especially when that process takes seven years. Aside from the endless edits, re-writes, negotiations and time in the kitchen, life happens: trends are fickle, science can change facts, and various moving parts may drift away. It’s enough to make anyone go nuts.

Nuts are exactly what Assistant Dean of Students, Cara Tannenbaum, and Director of Education, Andrea Tutunjian, have had on the brain for the past seven years, all leading up to the recent release of their first book, In a Nutshell: Cooking and Baking with Nuts and Seeds (W. W. Norton & Co.). Yet for Andrea and Cara, those seven years never rattled their working relationship and friendship, which sparked two decades ago in the kitchen. Long before joining the school as instructors, Cara was working towards a Ph.D. in Anthropology, and Andrea was studying to earn her degree in Mathematics Management. The pair likely never imagined that they would one-day author one of 2014’s most eagerly anticipated cookbooks. 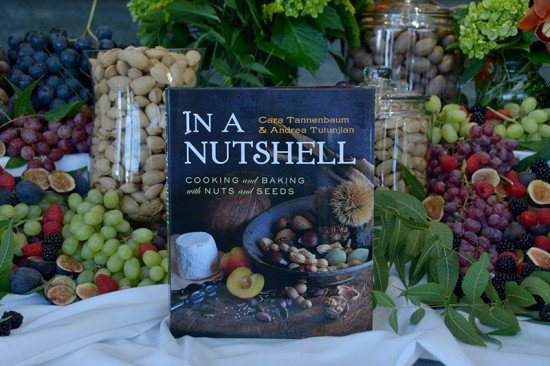 Thankfully, fate stepped in to bring their one-of-a-kind work to today’s bookshelves. Disenchanted with the lengthy path to becoming tenured faculty at a prestigious university, Cara found satisfaction in baking, taking a job at the famed Judies European Bakery in Connecticut and quickly climbing the kitchen ranks to become lead baker. Realizing both her natural talent and work ethic, she then attended the New York Restaurant School to gain professional training, which is where she was taught by chef and acclaimed cookbook author Nick Malgeri. Andrea, too, abandoned a former career, hers in finance, to become a student of Malgieri (who was then the founder of ICE’s Pastry & Baking Arts program).

After watching Andrea successfully navigate New York’s most prestigious kitchens—from Le Cirque to the Rainbow Room, Nick asked her if she’d like to teach at ICE. She accepted, first leading students as a Pastry & Baking Chef Instructor, then moving on to curriculum development and administration. The two met in 1996 when Nick recruited Cara and Andrea to work on his cookbook projects, immersing themselves in recipe testing, editing, food styling and manuscript work. Cara joined the ICE faculty in 1997, and soon the pair found that they were creating more together than published works—with their combined passions for cooking, baking, education and culture, the recipe for a successful culinary team had been formed. After helping Nick earn multiple James Beard Awards for his cookbooks, it was only natural that he encouraged the pair to write a cookbook of their own.

But getting, In a Nutshell, published proved to be a tough nut to crack. While these superfoods may be one of 2014’s top trends, their 2007 book proposal went through 12 revisions before it was picked up by a publisher. From there, 500 recipes were pared down to 236. They questioned copy, photographs, layouts and more, constantly asking each other, “What were we thinking?”

Edited by the legendary Maria Guarnaschelli at W. W. Norton, with photographs by the coveted team of Gentl and Hyers, the book has backing from the best in the business. It’s no surprise, then, that the media is embracing In a Nutshell as one of the year’s best cookbooks—and an essential resource for every kind of nut and seed in the kitchen. The book touches upon the uses of these nutritious kernels throughout history, and covers the culinary spectrum from savory to sweet, inciting a new enthusiasm for these versatile ingredients that are so often overlooked. It’s already racking up superlatives, including a mention on SAVEUR’s August list of “Books Worth Buying.” And the subject couldn’t have been more timely: this year, a study released by the Harvard School of Public Health revealed that including more nuts in one’s diet can have a significant positive impact on a person’s health, increasing longevity and decreasing disease.

The launch party at ICE on September 4th was thus a celebration seven years in the making—and a night to remember. Cara and Andrea welcomed more than 250 guests, including Ms. Guarnaschelli and celebrated author Tracey Zabar, along with overjoyed family members, friends, and colleagues. The authors set the bar high for any ICE cookbook launch to follow, with a menu that featured more than 20 different recipes from the book, among them Ancho Chili Orange Roasted Peanuts, Walnut Parmesan Shortbread, Tomato Almond Tapenade, Pistachio Lemon Squares and assorted Chocolate-Covered Almonds, which were poured into bowls shaped from candied seed brittle. 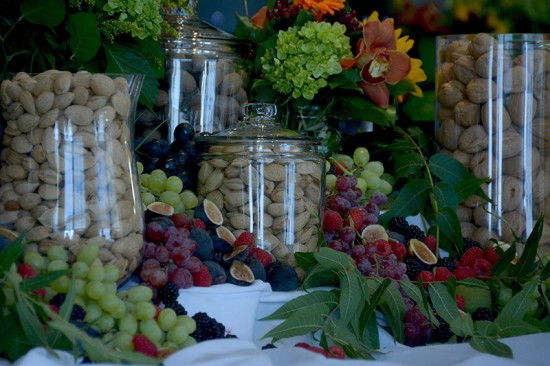 As they took their place at the book-signing table, seeing guests eagerly line up before them, Cara and Andrea looked amazed, excited… and relieved—with smiles never leaving their faces. “We spent so many hours laughing, laughing to the point of crying...and then laughing again. It makes the whole thing worth it.” 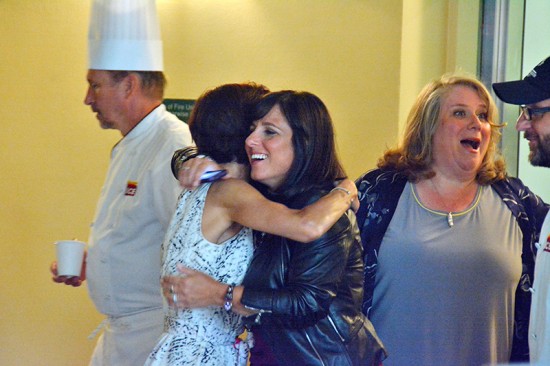 Do you dream of writing your own must-have cookbook? Don’t miss ICE Chef Instructor Jenny McCoy’s ongoing blog series: So You Want to Write a Cookbook.