Originally, I was drawn to this recreational class was the promise of cheese, guacamole and tequila, but I took away from it so much more:

A history of Tex-Mex food, a lesson in the art of wrapping tamales and an appreciation for how different fruits can give signature flair to your margaritas. While some of the lessons learned in class pertain specifically to Tex-Mex food, much of the advice Chef Instructor Dan Stone bestowed upon us applies to whatever you’re cooking! Here are some of my favorite facts: 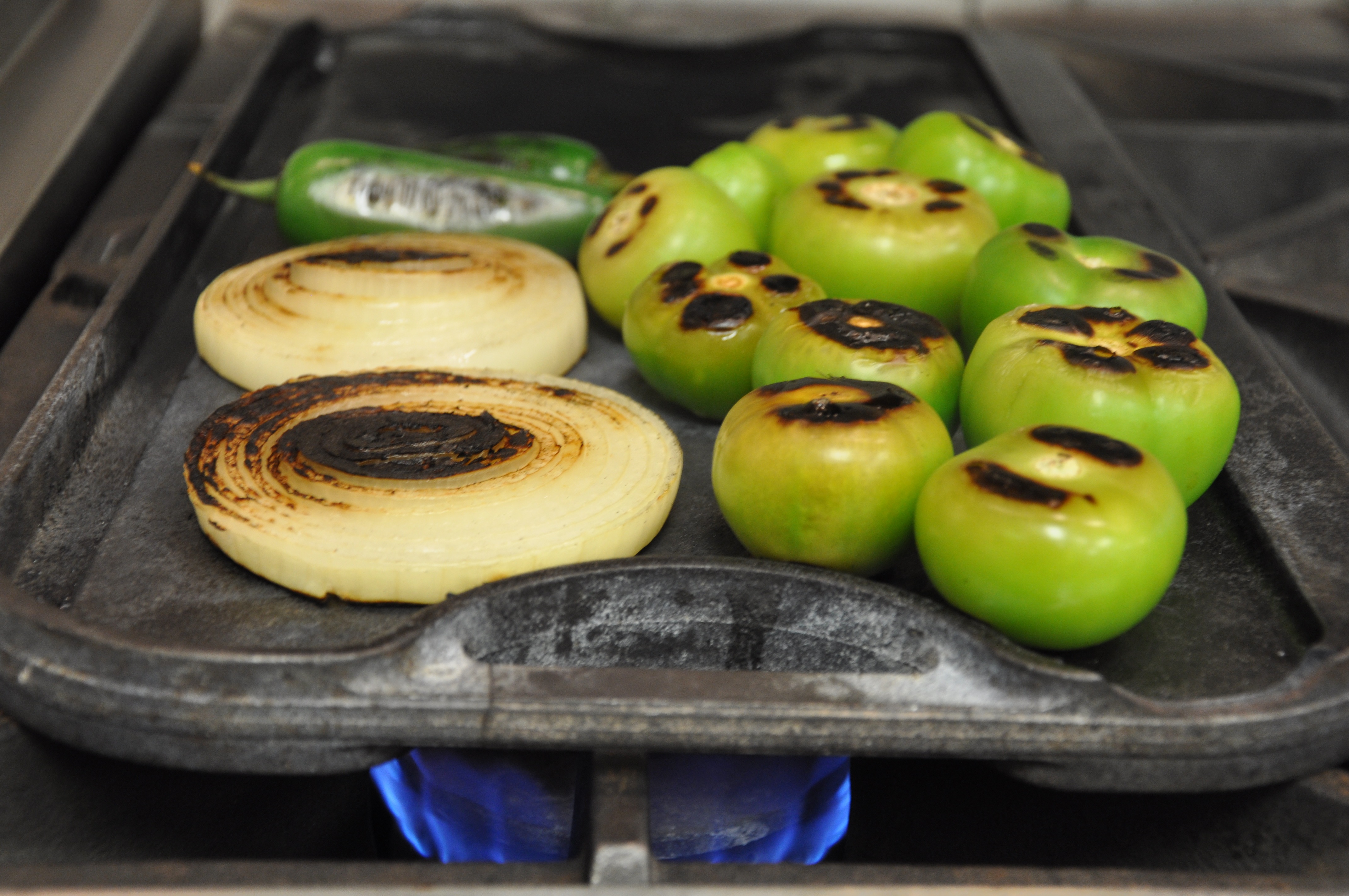 The Spice of Life: The key to great flavor is to season-as-you-go. Just adding a bunch of spice at the end masks flavors and prevents the complexity of flavors that makes good food great. According to Chef Stone, “Everything should taste great at every step of the preparation process.”

What put the PEP in Pepper: It’s the seeds and ribs of a pepper that hold the heat, so if you want it flavorful but not spicy, cut all these out. If you like a little kick, add more!

Head, Shoulders… : There is folklore that the smaller the pepper the greater the heat, but really it’s all in the shoulders! In general, the broader the “shoulders” of a pepper (the area at the base of the stem), the less hot the pepper is. The only real exception to that is the habanera pepper

More like Fried Green Gooseberries: Tomatillos, often thought of as green tomatoes, are actually much more closely related to gooseberries. As such, when choosing a tomatillo you should look for ones that are firm and dry.

North of the Border: The Majority of Tex-Mex food has little to no relationship with actual Mexican cuisine; the name originated from the shortening of the “Texan-Mexican Railroad” in newspapers and eventually made its way into the vernacular as a culinary style. Rest assured that all cheesy-guacamole-tequila promises were kept, and come next Cinco de Mayo I’ll be the one making delicious Tex-Mex promises to all my friends!

Want to plan a fiesta of your own? Check out the recreational classes coming up at ICE!