In Search of Chocolate in Old NYC: A Quest for Clues

In my last blog post, I described my search for historical traces of chocolate in lower Manhattan. In a relatively short time, chocolate traveled from its South and Central American origins to Europe and later into North American settlements. Though the early Dutch colony of New Amsterdam rose and fell well before chocolate became a permanent fixture, by the early 1700s, New York’s port was an important link in cocoa trade.

Among those merchant families importing beans, the first glimpse of cocoa processing can be found on the island. By the end of the American Revolution and the turn of the 19th century, the city grew northward and chocolate had gained popularity, with several chocolate makers setting up shop.

One might think that researching this topic is as easy as entering “New York,” “chocolate,” and “history” into a search engine. Surprisingly, those yield scant results and even less clues to work with. A few books pointed me in the right direction—some names and places—but I soon realized I was drifting into relatively uncharted territory.

I eventually found that the best way to crack the cases of these mysterious chocoate-makers was to begin with surviving city directories whose listings often provide a name, an address and most importantly, an occupation. The first of these directories in New York was published in 1786, with increasing regularity in years to follow. From there, genealogy records, newspapers, civil documents and maps added more life to the stories. 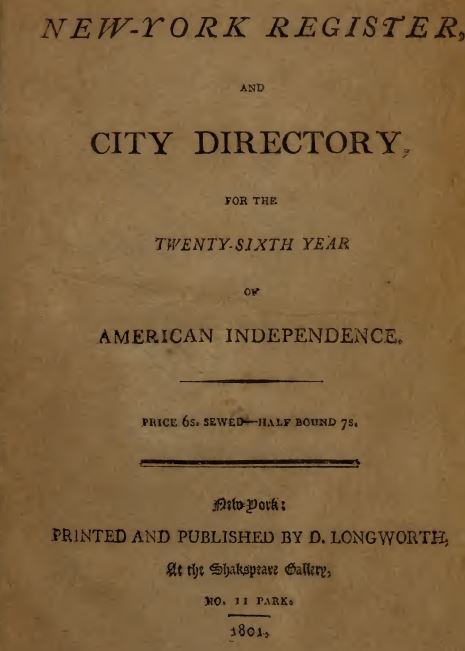 Most often, the labyrinth comes to an abrupt halt; I may come across a name and an address, but all other details remain a casualty of history. It is worth noting that chocolate was still consumed as a beverage in these early days, though with the chocolate-makers of the 1800s, we witness a slow and steady shift toward the refined bars of eating chocolate we would recognize today.

Unclear is the extent to which chocolate may have been processed by these craft producers of their day, but certainly roasting, winnowing and grinding of cocoa beans was essential, no matter the final product.

Chocolate was often manufactured alongside other milled products. In 1815, Samuel Holcombe was listed at 47 Gold Street, as a manufacturer of both chocolate and mustard. Over at 227 William Street, Charles Cogswell was also multi-tasking in mustard and chocolate as late as 1825, though it appears his son Jonathan stuck to mustard as he moved the business uptown to Spring Street a decade later.

Many grocers and retailers most likely processed small quantities too, like Abraham Wagg or Frederic Shonnard at 220 Bowery. According to the 1791 directory, Peter Montayne at 182 Queen Street coupled chocolate making with the seemingly disparate occupation of blacksmith.

As the number of independent chocolate-makers grew, one would imagine that, with competition and branding, the quality, quantity and variety of products would increase as well. From the period after the American Revolution (during which cocoa trade into New York was limited) through the first half of the 19th century, I discovered dozens of names and places associated with chocolate in Manhattan. Many of these chocolate-makers appear and then disappear from records within a few years, but we clearly see chocolate activity spread throughout the growing city.

Among those uncovered, but with little of their story to tell, include:

The lives of these chocolate-makers offer a bit more color, context and background for further research:

The early 1800s saw much change for the new country and its fastest growing city. At the same time, chocolate production was changing as well. The capabilities of the Industrial Revolution would transform coarse blocks of chocolate into “digestible” cocoa powder and refined bars for eating and, eventually, a staple in confections of all kinds.

Large factories and nationally-known brands would emerge out of Manhattan, flourishing into a golden age of chocolate manufacturing. Some of these chocolate-makers would survive into the 20th century before being absorbed by ever-growing companies and ultimately moved out of the congested city. My next post will look at this period, in search of any traces of chocolate manufacturers that may still remain.