Turning a Family Recipe Into a Successful Empanada Business

In 2012, just after ICE Alum Jason Alicea (Culinary Management ’15) landed his dream job as executive chef at a busy restaurant in West Patterson, NJ, a car accident rendered him out of commission for months.

Looking back, it was a blessing in disguise, because it was during this immobile period that he came up with the idea to start his own company, That’s Good Food, the New York-based artisanal empanada company with a steadily growing following. Jason combined his family’s tradition of making empanadas from scratch (“pockets of love,” as he calls them) with culinary management training from ICE and turned it into a profitable, dynamic business. With savory fillings like confit duck and crab guisado and sweet fillings like banana bread pudding and arroz con leche, it’s no wonder his empanadas are a hit. 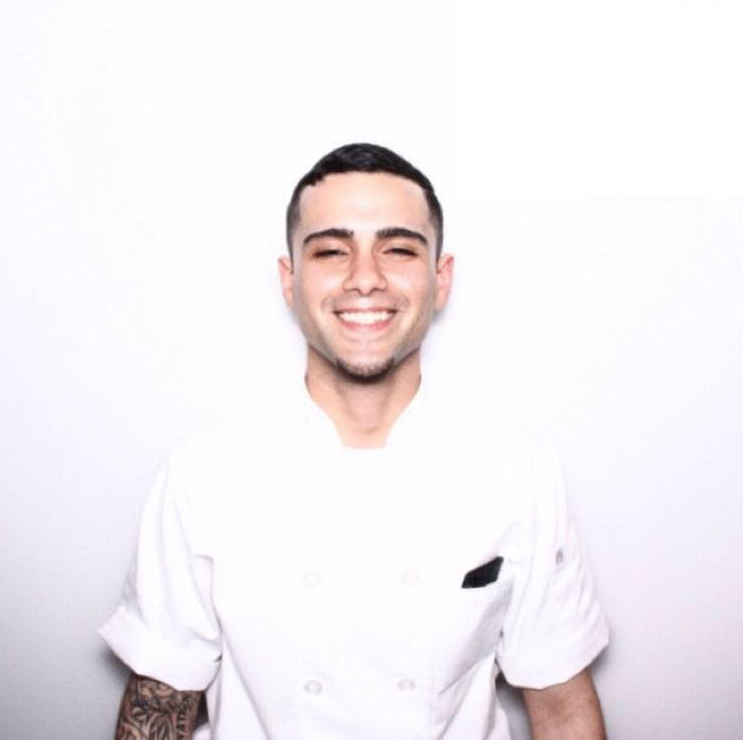 Between regular pop-up events and farmers’ market appearances, Jason took a break to chat with us for an ICE blog interview.

What year did you graduate from ICE?

I began the Culinary Management program in September 2014, and I graduated in July 2015. My class was the first to graduate at the Brookfield Place location. I won the “Most Likely to Succeed Award” at graduation. It was the first time I had ever won an award in school — it was pretty overwhelming for me.

When you began at ICE, did you already have the idea for That’s Good Food?

Yes — it all began when I was working as executive chef at a restaurant in West Patterson, NJ. After about four months there, my dream job, I got into a car accident and needed knee surgery. While I was out, I decided to start my own catering company and incorporated without a business plan. I let my friends and family know that I could cook for their events. Fast-forward a year later: I started doing a lot of craft services and pop-up events, selling empanadas. Then I realized I would benefit from a formal business education, so in 2014, I enrolled at ICE.

Through the course of the program, we were developing our business concepts. I created an empanada concept for a brick and mortar space, and it was well received by my professors and classmates. After graduation, with a hot business plan in my pocket, I started looking for locations and pitching to investors. I’m still looking for a space, but the pop-up business is going strong. In December of last year, I got to be part of a pop-up bake sale in the holiday market in Union Square, and I’ll be doing a demo at the greenmarket on November 23, the day before Thanksgiving. I’d love to launch a retail line for empanadas one day.

If you had a business running before ICE, what pushed you to go to culinary school to study culinary management?

I didn’t have a business plan or any startup funds in place. After going at it for a year and a half and living gig to gig, I decided it would be a good idea to get a business education, along with a better grasp of food culture. 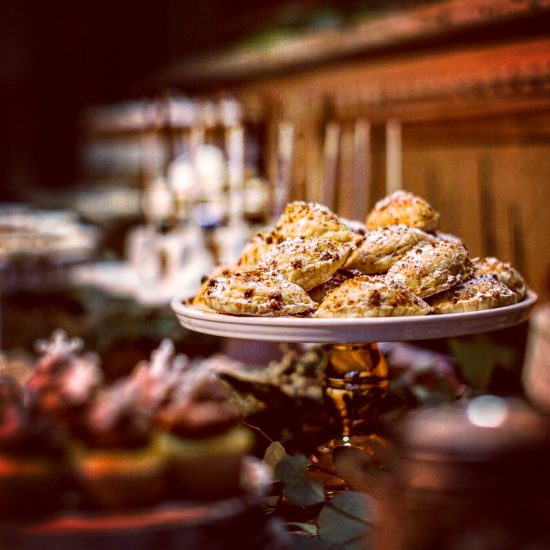 What are the things you learned at ICE that were most useful for running your own business?

At ICE, I became more financially savvy, and that has had the largest impact on my development as a business owner. Now I focus more on the funds I need to operate a business successfully. Also, one of my professors worked for Union Square Hospitality Group, so we got a lot of behind-the-scenes tours at their restaurants. That was eye-opening — to see how the systems work in both front of house and back of house.

Finally, the program forced me to focus on a concept and find my niche in the culinary world and in New York City. Before coming to ICE, I just cooked good food, but I had no real specialty. By the time I graduated, I realized that I had a unique product and a big market that I could tap into. So I fine-tuned my culinary voice.

Why empanadas? Is that a family recipe or tradition?

Yes. In Puerto Rican culture they’re very big. I’m fourth generation, but we’re still in tune with the culture. Growing up, we used to travel back to PR every year. My grandmother taught my mom how to make the dough, and my mom taught me how to make it. I would always help out when she made them. Once I got more comfortable in the kitchen, and my mom allowed me to cook a bit, I started coming up with my own ideas for fillings. When I went to PR in 2012, I went to a small town called Piñones — basically a road with a bunch of shacks. There’s the beach on one side and a bunch of little food stands with little old ladies cooking inside. In one shack, El Boriqua, they make empanadas from scratch — when you order empanadas, they roll the dough out, fill them and fry them right there. I was inspired to bring that idea back to New York.

How are Puerto Rican empanadas unique as compared to Argentine or other empanadas?

I would say ours are flakier because we use more butter in the dough. I find a lot of the South American empanadas have firmer dough. Mine are unique because of the quality of the ingredients I use. Also, I don’t think a lot of people put the right amount of love in their food. I take the time when I’m cooking a product high in fat to make them as healthy as possible, by doing things like using less oil in the frying.

What’s the craziest empanada you’ve ever made?

I think the chocolate chip cookie one is unique. I put raw cookie dough inside the empanada dough, and it comes out perfectly, topped with powdered sugar. I did a truffle Cubano, too. Lots of people do Cubanos, which are made with roasted pork, cheese, ham and pickles. My roast pork is something I take a lot of pride in. I get locally sourced cheese, smoked ham and I use Urbani truffles and mustard. Then I add pickled onions — that combination is probably my favorite. The one that got me going with empanadas and the one that I started making for the first time with my mom is the chopped cheese, and everyone is raving about chopped cheese now.

Yes, it’s sort of a New York take on a Philly cheese steak sandwich. You can get them in local delis in the more “urban” neighborhoods. I use ground turkey and local cheese. It’s like a Sloppy Joe cheeseburger, for lack of better description. It’s a deconstructed, cheesy turkey cheeseburger.

For anyone considering culinary school to study culinary management, what advice can you offer?

Dive right in. I wish I would have started seven years earlier because then I would have gotten the dual diploma in culinary arts as well. Get involved with as many events as you can, put yourself out there and network, network, network. A lot of the opportunities I’m getting now come from contacts I made by networking in culinary school. If you’re looking to start your own business, try to find something unique, not just “I want to cook all different types of food.” Find something you’re really good at and focus on developing that product.