Working in the restaurant industry has always been in Andrew Rigie’s blood. Today he may be among New York City’s most knowledgeable experts on restaurant regulations, compliance, and trends, but his beginnings in the industry were more humble: baking and mopping the floors at his family’s local cafe. 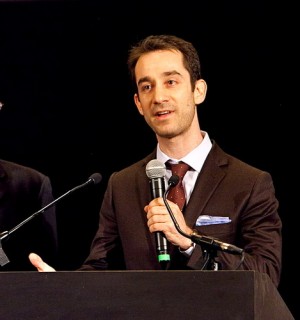 It was once Andrew left the family business—and back of house operations—that he started to discern his future in food. Attending ICE’s Culinary Management program by day and working as a waiter by night, he realized that his interests lay less in day-to-day restaurant management, but rather in the big picture issues that affected the industry as a whole. Cue a fortuitous opportunity at the New York State Restaurant Association (NYSRA), where Andrew worked selling memberships. Whether facing the grueling heat of summer or the rough winter winds, Andrew pounded the pavement, going door-to-door to convince local restaurant owners why it was important to band politically together for the betterment of the industry as a whole.

After graduating from ICE in 2004, Andrew rose from the rank of NYSRA membership representative to the executive vice president of the NYC chapter of the organization. There, he spearheaded efforts to organize restaurateurs and small business owners, encouraging food professionals to take a proactive stance in the regulatory process and gain additional education to further their success. Andrew also began publishing informational newsletters on important industry issues like sustainability or the city’s evolving letter grading system. Then, in 2012, some prominent NYC entrepreneurs felt that the city needed to establish its own advocacy group, independent of any state-run measures. Andrew left the NYSRA to become the executive director of this new organization, the NYC Hospitality Alliance. Other founding members included such major industry players as Keith McNally (Balthazar), Jimmy Haber (BLT Restaurants/Esquared Hospitality), André Balazs (Standard Hotels) and Steve Hanson (BR Guest), as well as leading restaurant supply companies. Today, the organization counts more than 1,600 members, from mom and pop shops to three-starred Michelin temples of gastronomy. 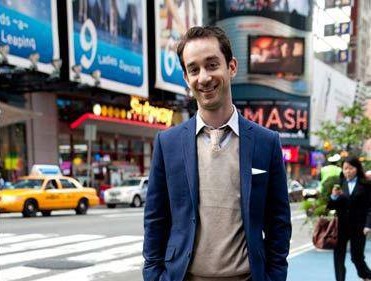 From his perch atop this dynamic network of industry insiders, Andrew is uniquely poised to notice subtle shifts and emerging trends in the industry. “I see an incredible professionalization of the hospitality industry, especially in NYC. It’s not good enough to be just a great cook or a hospitable host—you have to be a great businessperson. That’s part of why we’ve seen the phenomenon of the restaurant group. Operating multiple concepts under one umbrella allows you to centralize operations and hire experienced professionals that specialize in sanitation, labor laws or other key compliance issues.” Of course, education plays a key role in the “professionalization” of the industry.

Reflecting on his time at ICE, Andrew notes, “I ended up in a very specific place in the hospitality industry, but the education I received at ICE provided me with life lessons that I would be able to transfer to various industries. For example, if I were to graduate today, I might consider opportunities around the emerging intersection of technology and hospitality.” As for navigating the industry as a newcomer, Andrew’s advice to students is grounded both by his humble beginnings and his view from the top. “Don’t be too proud to mop a floor. Anyone who is successful in this industry needs to know all the different job functions—front of house, back of house, it’s all going to help you. Having a diversity of experience will ultimately help you figure out what you want to do.”