Even before the big announcement last October detailing my intentions to leave Le Bernardin at the end of the year, I had already begun to consider a number of directions my post-restaurant career might take. 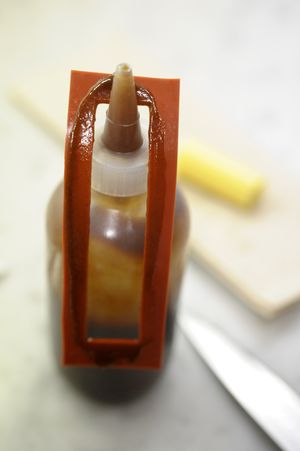 For some time, I’d been entertaining the idea of a path toward education. I was inspired by the one-on-one interaction with cooks I’d come to enjoy in the kitchen, but also by a new generation of chefs that seemed to be pushing the possibilities within a traditional culinary school environment.

And as Eric Ripert and I reflected on what I had achieved and where I might go next, we both realized that moving in that direction made perfect sense. Within days of the announcement, I’d have my very first meeting with ICE President Rick Smilow and his team, knocking around ideas on how I might be able to apply nearly two decades of industry experience — sweet and savory — in an educational setting.

After years of working with ICE as an Advisory Board member and occasional guest instructor — not to mention the numerous student externs that have been through Le Bernardin’s pastry kitchen — I was certain it would be a good fit. I knew that I didn’t necessarily want to limit myself to the classroom alone, and Rick agreed.

Over many discussions in the months since we built from scratch a position that would encompass the many skills I bring to the table. As ICE’s first ever Creative Director, I will work behind the scenes to further enhance the already comprehensive curricula for the career training programs in Culinary Arts, Pastry & Baking Arts and Culinary Management, in hopes that we can better prepare students for the real-world rigors of the industry.

I will also spend a fair amount of hands-on time in the classroom, not only with the career-minded students but also expanding my reach into continuing education and recreational courses as well. As much as there may be to teach and share others, I also recognize my own desire to learn, even more, to explore new ideas as well as to dig deeper into what we already think we know.

While the restaurant kitchen provided resources to play and experiment, in addition to a stage on which to apply them, there never seemed enough time to pursue all of the ideas I’d scribbled down over time. At ICE, I hope to harness the inspirational atmosphere of a test kitchen and catalog an ever-growing battery of new culinary techniques.

In what promises to be a collaborative effort with both students and faculty, I also look forward to occasionally sharing the results of such research with the greater culinary community outside the four walls of the school. I’ve already spent the last couple of weeks sitting in on some classes and working up a lengthy list of projects to jump into. Acting as that bridge between ICE and the industry at large, I will certainly continue to find myself out and about, giving demonstrations elsewhere and cooking at various events here in New York City and far beyond.

Just a few of the projects lined up for the coming weeks and months include the Charleston Wine and Food Festival and a pop-up in Atlanta next month, a charity event in Chicago, and in-depth classes with PreGel in Miami and at their state-of-the-art facility in North Carolina in May. Further down the road, I’ll play a part in both the Pastry Live conference in the summer and the StarChef’s International Chefs Congress in the fall.

Where once I represented Le Bernardin, I’ll now be an ambassador of ICE at these prestigious industry events. And there will be more writing, too. Much of my recent time away from the kitchen has gone into the book project and I’ll continue a new ongoing series for The Atlantic that began last week, fittingly, with the story of my last day at Le Bernardin. All of these aspects of learning and sharing take me back to the excitement I felt as a young cook, when a world of possibility suddenly opened in front of me. Each step I took in the years since have only opened new doors of discovery. I can’t wait to see how this next phase evolves!