From an early age, Michelle Palazzo (Pastry/Management, ‘09) knew she wanted to pursue a career in food. Now, she combines her dual diploma from ICE with a bachelor’s degree in studio art and art history to create expert French pastries with modern twists at Frenchette and Frenchette Bakery in New York City.

“I started pretty young,” Michelle admits. “I begged my mom to send me to cooking camp when I was a kid.” Throughout middle school and high school, her goal was to attend culinary school.

At 18 years old, Michelle enrolled at ICE, where she garnered the fundamental skills that prepared her to succeed in a professional kitchen. This crucial knowledge instantly proved valuable, making her feel comfortable in any culinary setting.

Looking back, however, Michelle would have done things a bit differently. “I wish that I had waited a little because my maturity level wasn’t quite there,” she reflects. “I didn’t take it as seriously, even though I loved it. I did well in my classes, but I was commuting, so I wasn’t always super present. I wish I took advantage of the school’s resources more, too.”

The timing, however, did not hinder Michelle’s future. She traveled to Italy with ICE pastry instructor Gerri Sarnataro, where she was exposed to new ingredients and techniques and completed an externship at a cake shop, which illuminated her preference for an atmosphere where she could bake a variety of treats. 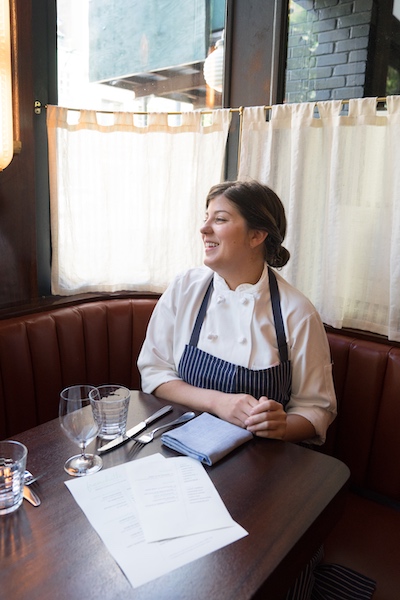 Though Michelle was determined to become a pastry chef, pressure from family members led her to spend the next four years at Marymount Manhattan College. She studied studio art, art history and sculpture, all the while holding part-time restaurant gigs. “It was actually a great opportunity because I was able to gain kitchen experience yet not have the pressure of a full-time position,” she explains.

Michelle worked as a line cook at a Japanese fine-dining establishment called Nikko, where she deep-fried karaage (chicken) and crafted mochi (rice cakes). The small, intimate environment offered a fun, eye-opening view of restaurant service and savory cooking. Then, she moved on to the pastry team at Lure Fishbar, which affirmed her desire to focus on baking.

Upon graduation in 2012, Michelle was tempted to find a job in the art industry, but she decided to utilize her expertise in a more unique way. “I was applying what I learned in college to my pastry work,” she describes. “I was delicate and able to wield a paintbrush, which propelled me to challenging projects like wedding cakes. Being able to merge those two worlds came naturally.”

When Michelle was searching for her first full-time pastry cook role, she wanted to find an accessible, like-minded mentor who would invest time in training her. She discovered such a guide in Erin Kanagy-Loux at Reynard, the former American cuisine spot at the Wythe Hotel. “She took me under her wing and allowed me to do so much,” Michelle remembers. “She was a teacher at one point, so she was really patient.”

After just three months, Michelle was promoted to pastry sous chef, which she didn’t feel completely equipped for at the time. “There was a lot of learning on the fly and a lot of mistakes were definitely made, but it taught me how to run a department,” she says.

Four-and-a-half years later, Michelle had mastered problem-solving and was primed for her next chapter. She did a quick stint at Mah-Ze-Dahr Bakery before a friend introduced her to Frenchette owners Riad Nasr and Lee Hanson, who had realized they desperately needed a pastry chef about a month after opening. 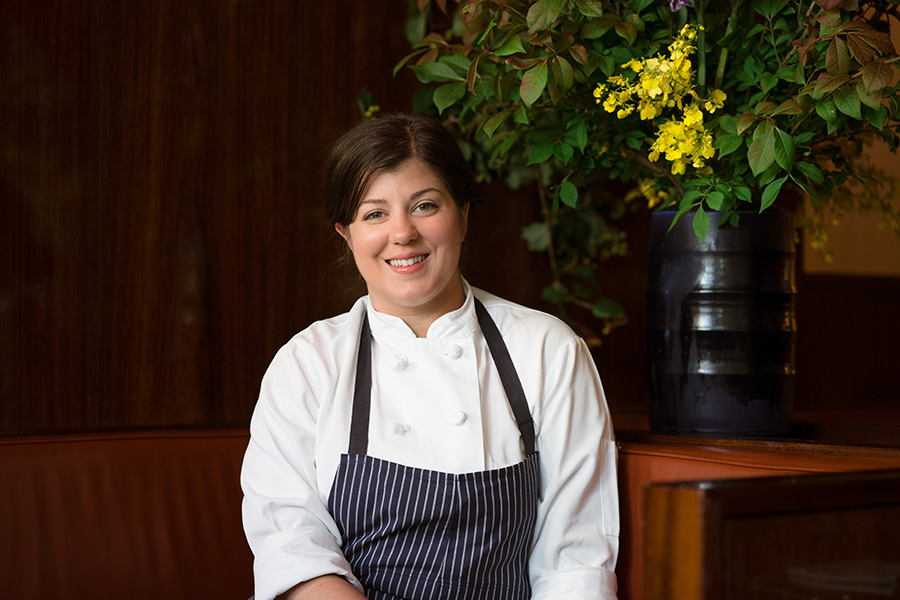 In the spring of 2018, Michelle was hired to helm the buzzy Tribeca bistro’s pastry program. “It was immediately a perfect fit and it’s been a wonderful working relationship ever since,” she muses. Michelle appreciates Riad and Lee’s involved, collaborative approach in the kitchen, where they push the staff to exercise creativity while sticking to French roots. “There’s always a discussion about what we all can do together,” she explains. “It’s really rewarding for me to be part of the team.”

By December, Eater named Frenchette New York's Restaurant of the Year, and the following May, Frenchette won the James Beard Award for Best New Restaurant. The New York Times gave the restaurant a three-star review and the 2020 Michelin Guide gave it a plate designation.

The restaurant’s signature dessert is the Paris-Brest à la pistache, a tried-and-true favorite that Michelle developed in the very beginning, while the rest of the menu changes with the seasons. In addition to sweets, Michelle provides baked goods like brioche and crackers for dinner dishes.

Amid the pandemic, Michelle has not only adapted to protective measures, outdoor dining and takeout, but has also debuted an entirely new concept. Just a few weeks ago, Frenchette Bakery began to infuse the former Arcade Bakery space with aromas of fresh carbohydrates once again. While the midcentury office building lobby may look the same, the offerings are decisively divergent. Michelle tapped Peter Edris to bake bread, like a malted corn and bolle wheat baguette, as she turns out stunning viennoiserie like a twice-baked Sicilian pistachio, which is reminiscent of Frenchette’s Paris-Brest.

“Frenchette Bakery and Frenchette are very much tied together,” Michelle says. “It’s the same ethos, the same seasonality and the same type of rotating menu that maintains some classics. There will always be a croissant.”

Right now, an inventive stuffed croissant called the “egg savory” is also available. Depending on the day, the durum and olive oil-based dough may be filled with kimchi, market greens, or mortadella and truffles. No matter what, it includes comté cheese and a runny egg cracked on top.

Such delicious innovations are supported by Riad and Lee, who let Michelle follow her whims and test all types of recipes. Soon, Michelle will experiment with canelé, which she will undoubtedly refine. Who knows what the next menu addition will be. “I get really bored easily, so having people be encouraging of that has been really great.”

I love reading these…

I love reading these articles. Thank you so much