As chefs, cake decorators, specialty food purveyors or caterers, ICE alumni are finding success in a plethora of avenues in the food world. Check out just some of the alumni finding success and making recent headlines. 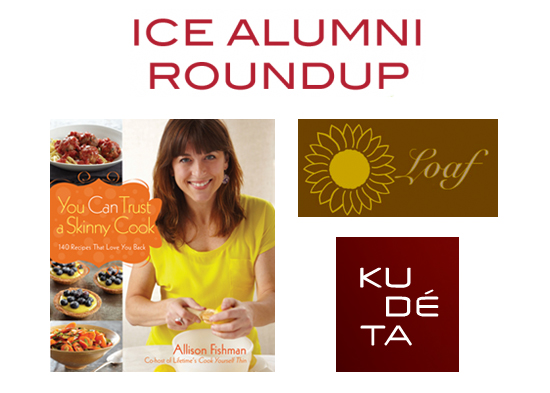 Alumni Hall of Achievement inductee Dan Segall (Culinary, ’02) will be featured in a new Food Network Asia series, "A Culinary Coup: The Launching of Ku De Ta," which follows the daunting task of developing this high-profile Singaporean restaurant’s menu and kitchen team, completely from scratch, within eight weeks.

Allison Fishman (Culinary, ’01) has published her first cookbook, "You Can Trust A Skinny Cook." She was featured on the Today Show on Monday, April 18, and will be featured on The Early Show on Saturday, April 23. Allison is also a chef-instructor in ICE's recreational division.