A great bottle of wine—it often seems like such a simple pleasure. But the vision, planning, labor and skill required to infuse joy into every bottle is not always so apparent to the drinker.

On a recent Thursday, ICE students, guests and staff learned about this process as part of ICE's ongoing Meet the Culinary Entrepreneurs series, where guest speakers from all walks of the food and beverage industry share their experience and advice.

"Treat" is really the right word for this talk, as winemaker and vineyard owner Daniel J. Daou not only inspired the audience with his story but also offered a tasting of some of his premium wines as well. As the Director of Wine Studies at ICE, I was particularly interested in the Daou's insights as a winemaker about what really goes into every bottle.

Born in Lebanon and raised in France, Daou recounted his professional journey, culminating in the recent completion of his lifelong goal: becoming the proprietor and winemaker at a family winery. Although winemaking is a rather recent career for him, the roots of his passion date back to his early childhood in Lebanon, where the natural beauty of an olive grove sparked his interest in products of the earth.

Growing up in France, Mr. Daou became enamored with wine, especially those of the Bordeaux region. This led to his dream of owning a vineyard that could produce distinctive Cabernet Sauvignon. 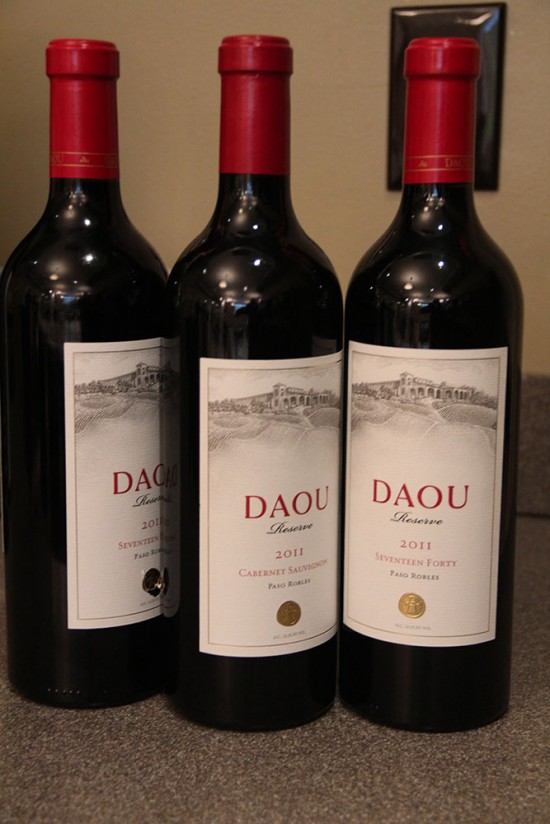 But the wine would have to wait. Daou first came to the U.S. while working for a successful technology and computer business, which helped set the stage for opening his own winery.

After being mentored by highly experienced Bordeaux winemakers from Château l’Evangile and Château Lascombes, Daou started his search for the perfect Cabernet site. He initially looked at areas in Napa, but quickly realized that the spot for his dream wine was elsewhere. Drawing on his science and technology background, Daniel recounted to the class how he framed his search by looking for particular soil types – calcareous terroir, similar to the Bordeaux – as well as ideal climate conditions. In 2007, he decided to purchase an area of land in Paso Robles, California, defined as an American Viticultural Area (AVA). Soon thereafter, the area was defined as a sub-region called the Adelaida District. 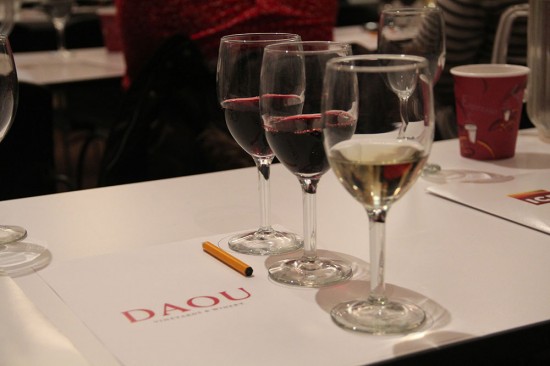 Over the course of the talk, Daou touched on the time, money and wherewithal required to start a winery. Since his newly planted vines would not yield quality fruit for a few years (and thus no cash flow), he started off producing his standard Daou Cabernet Sauvignon from purchased grapes from other areas of Paso Robles. When Daou's vines matured, he began crating wines from his own estate-grown grapes, including the Daou Reserve Cabernet Sauvignon and the flagship Daou Estate Soul of a Lion.

Although the pursuit of great Cabernet Sauvignon was the inspiration for Daou Vineyards & Winery, the portfolio now includes other limited production wines. Daou makes some delicious whites, including a Chardonnay, a Viognier, and a lovely Grenache Blanc, which Daniel told me was inspired by his need for "something to go with sushi”.

For our tasting that evening, we enjoyed the Daou Reserve Chardonnay, the Reserve Cabernet Sauvignon and the Reserve Seventeen Forty – a Cabernet Franc-based wine. All the wines exhibited great balance, structure, and finesse, evidence of Daou's dedication in every sip. In closing, Mr. Daou offered some advice on entrepreneurial success to the audience: “Follow your passion, keep your focus and always strive for quality.” The wine in front of us was proof enough that this business formula yields spectacular results.