Chef James Briscione is more likely to be found wearing a scruffy green baseball cap than a chef’s toque. Yet these are only two of the many hats he’s worn over the past decade, striving with unique ambition to improve his culinary skill. 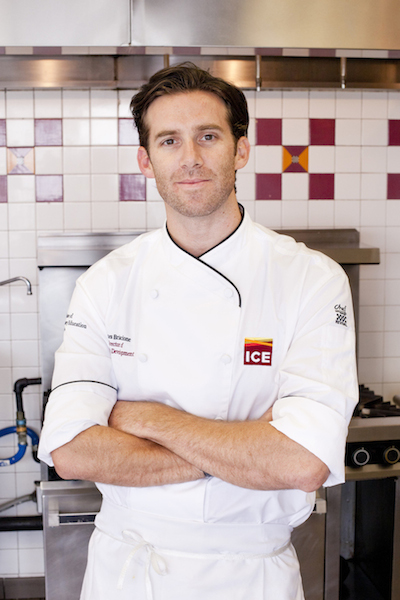 James, leading a cooking demonstration for current and past NFL players at a one-day culinary and hospitality management seminar. In the beginning, James was just a high school football player from Pensacola, Florida, washing dishes at a restaurant. At first, he bristled at the idea of working in a kitchen, opting instead to study Sports Medicine at Samford University in Birmingham, Alabama. But after returning to the same restaurant during his summer off from school, James began to discover another side of cooking. At the beginning of his junior year, James switched his major to nutrition, and pursued full-time employment at the top restaurant in Birmingham, Highlands Bar and Grill. There, under Chef Frank Stitt, James quickly moved up the ranks. After proving his worth as the most reliable person on staff and taking on unexpected tasks such as butchery (when another chef broke his leg), James achieved the rank of Chef de Cuisine at the incredible age of 23. During his tenure at Highlands, the restaurant reigned as Gourmet magazine’s #5 restaurant in the nation.

Soon, James sought a new challenge, which he found in the kitchens of Daniel Boulud in New York City. As the Sous Chef for Daniel’s private dining room, James says he felt like he was in the kitchen for the first time, continuously discovering new techniques, skills and ingredients. James joined the ICE staff as a Chef-Instructor for the Culinary Arts program in 2006, instilling his endless curiosity for cooking in his students from day one. While he did not attend culinary school himself, James acknowledges that, today, it's increasingly hard to achieve his level of success without formal education. "I started in kitchens when I was 16, which gave me a few years to burn peeling shrimp, chopping onions, etc. Today—nearly 20 years later—kitchens have become much more competitive. It's hard to survive if you don't already know what you're doing. When you learn the basics in school, you can better use your time in professional kitchens to polish and perfect your technique." 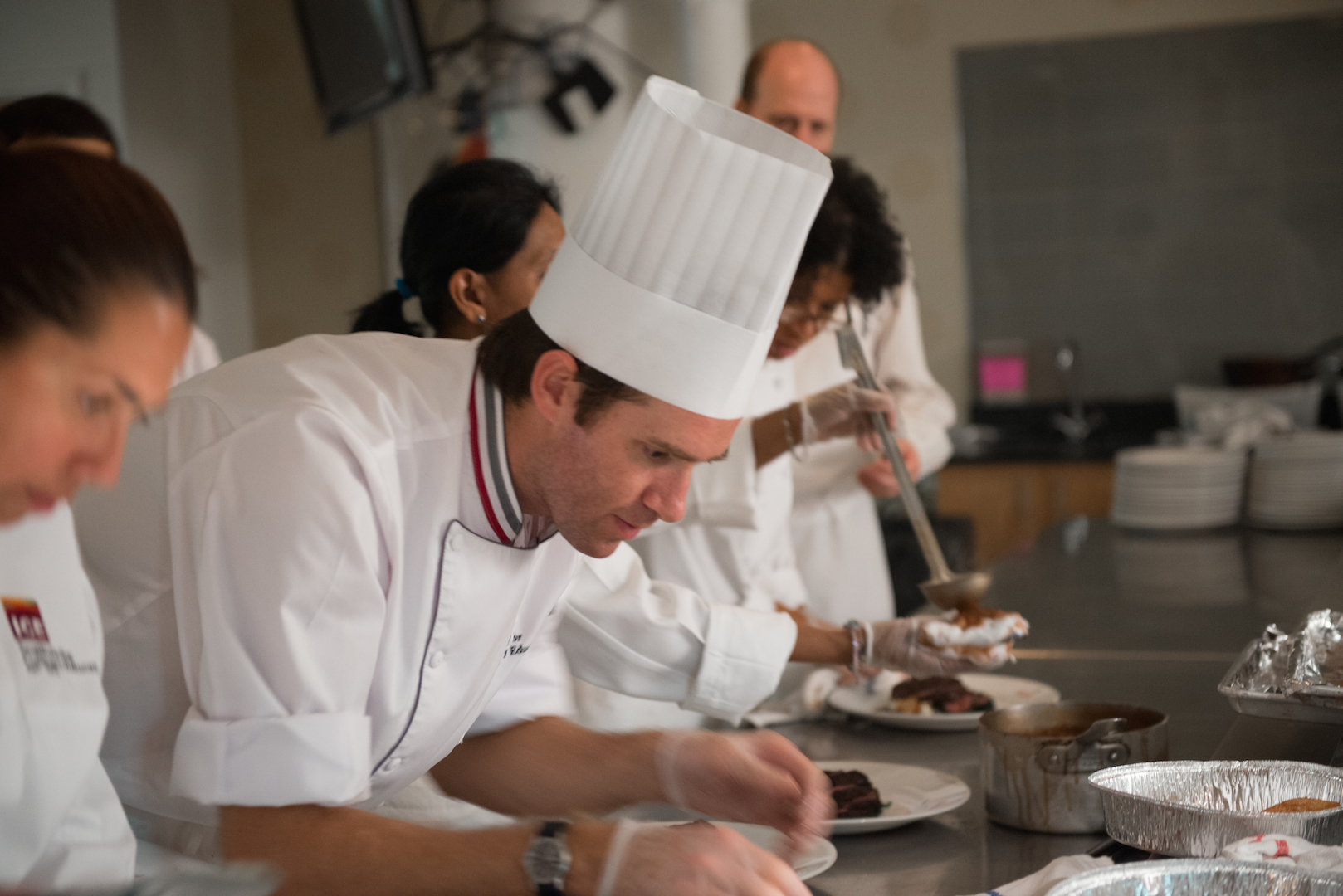 Despite leaving the exciting pace of the restaurant world behind, James has never been one to slow down or stop learning. "Teaching at ICE has not only allowed me to share my passion and experience with the next generation of culinary talent, but it also affords me the opportunity to continue to grow as a chef. For me, the most important part of the culinary journey is to never stop learning, and the varied projects and programs at ICE allow me to learn something new everyday." Among the highlights in James' own continuing education was the chance study sous vide cooking in Venice with European masters of this technique. He has also maintained his competitive edge, as a contestant on the first season of Chopped and Chopped Champions—walking away as the series' first two-time champion. Today, James is ICE’s Director of Culinary Development, taking on new challenges and conceptual projects—such as ICE’s collaboration with IBM, which explores the influence of computational creativity on cooking. He has also published a cookbook with his wife, Brooke Parkhurst, called Just Married and Cooking, and maintains a website of the same name.

Outside of cooking, James remains a passionate football fan, but his primary interest is in spending time with his wife and daughter, Parker. He claims that if he wasn’t a chef, he’d work at an advertising agency, but we doubt they’d be as forgiving of his shabby green cap.

Ready to launch an exciting career in the culinary arts? Click here for more information on ICE’s career programs.