The role of a chef goes far beyond preparing food. Be it in a restaurant, culinary school, test kitchen or anywhere else, great chefs find a way to educate, inspire and create connections. They may seem secondary to the job of cooking, but these duties of a chef can often be more important than the meals themselves.

As Director of Culinary Research here at ICE, I find myself spending more time in these roles than I do behind the stove. Not that I’m complaining — it’s this part of the job that has taken me around the world, and recently brought me back home. 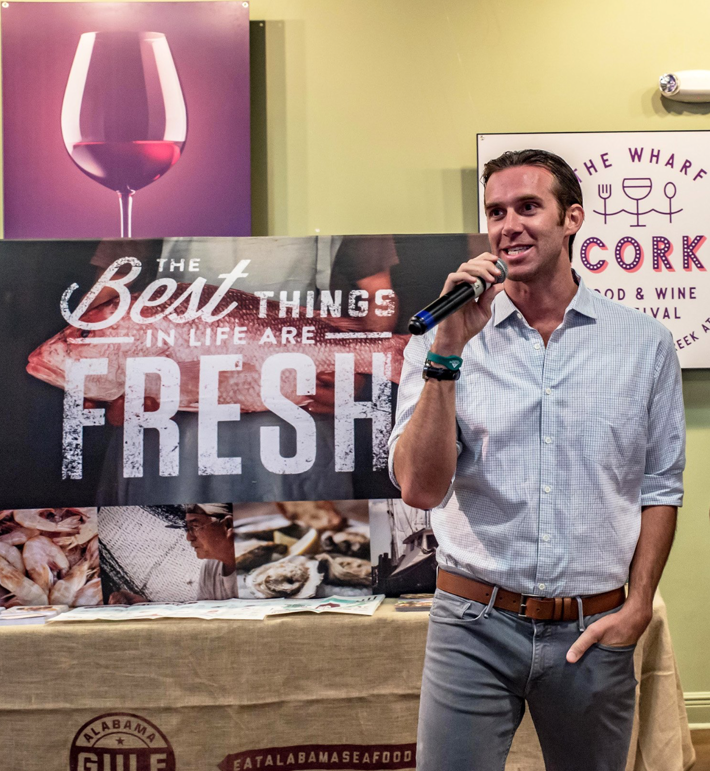 Since its inception four years ago, my wife Brooke and I have hosted The Wharf Uncorked, an end-of-summer food and wine festival on the Alabama Gulf Coast, right next door to our hometown of Pensacola, Florida.

It has become a very important weekend to us for multiple reasons. First and foremost, it’s an amazing event that raises money for local charities. Secondly, it’s a fun day at the beach with a talented group of chefs. Finally, it’s a celebration of Gulf seafood — the food that both my wife and I grew up eating.

Ever since an oil spill devastated the fisherman of this area, it has become increasingly important to let the world know that the Gulf of Mexico is open for business. Gulf seafood — shrimp, oysters and fish of all varieties — is both clean and delicious. In fact, the seafood from this region is some of the best I’ve ever tasted.

But nothing is more tasty and unique than royal red shrimp, a lesser-known species that’s very popular with local chefs.

Royal red shrimp hit their peak, in terms of flavor, from the end of summer through fall. Unlike brown and pink species of shrimp, royal reds prefer the cool deeper water far from shore. They can be found up to 60 miles off the coast and their flavor is reminiscent of a fellow cold-water crustacean: the lobster.

At this year’s festival, royal red shrimp were not only a secret ingredient in the Chef Showdown — a live one-hour cook off between four of the area’s top chefs (luckily, I have retired my competition apron and get to play host, judge and taste-tester for the evening), they were also a feature ingredient for my main stage cooking demo.

Below is the recipe that I prepared so you can taste for yourself (sadly, you won’t get to experience all the terrible dad jokes that accompany my live cooking). Don’t worry if you don’t have royal red shrimp at your local seafood market — this dish is delicious with any variety of shrimp.

I hope you are inspired to try this Gulf Coast favorite, and if you do, tell us in the comments how it turned out! 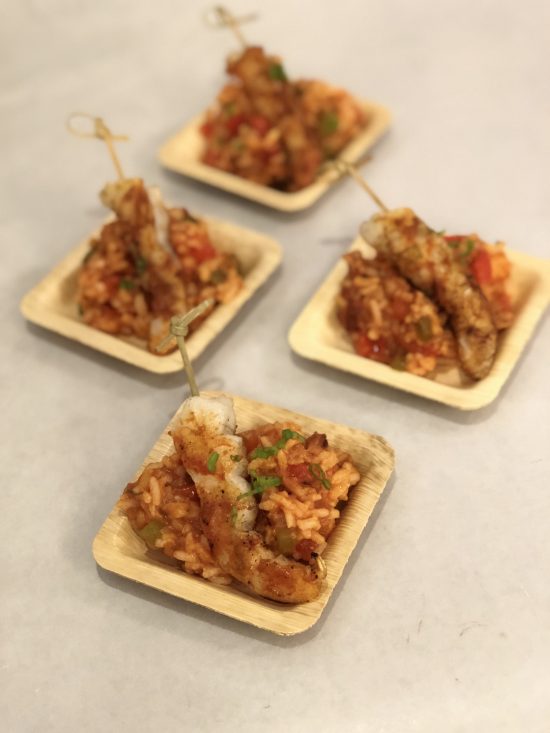 Ready to study the Culinary Arts with Chef James? Get more information on ICE's career programs.