Whether you’re looking for a moving, personal tale about one of the country’s most celebrated restaurants or a deep dive into the history of the world’s most expensive spice, the newest crop of books written by ICE graduates is bound to satisfy. 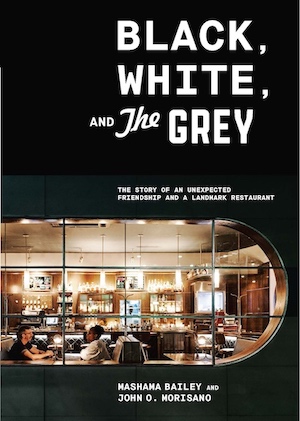 Black, White, and The Grey: The Story of an Unexpected Friendship and a Beloved Restaurant

In 2014, a Black chef from Queens and a white media entrepreneur from Staten Island partnered up to open a restaurant in a 1938 Art Deco Greyhound bus depot in downtown Savannah, Georgia. The story of this unlikely project between Mashama Bailey and Johno Morisano, which has resulted in countless accolades for the restaurant called The Grey and a close friendship between collaborators, is told in the upcoming dual memoir, “Black, White, and The Grey: The Story of an Unexpected Friendship and a Beloved Restaurant.” The tale addresses the topics of race, gender, class and culture in the Deep South through personal narrative, accompanied by recipes that reflect Mashama and Johno’s journey. Available January 12, 2021. Preorder here. 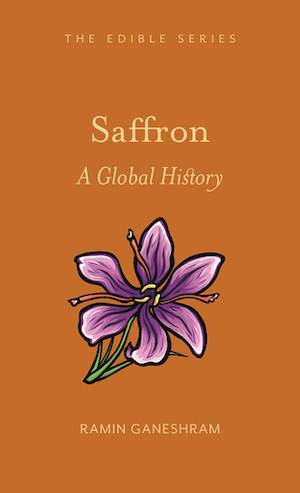 Award-winning journalist, chef and historian Ramin Ganeshram surveys the history of the world’s most expensive spice in her newest release. Part of the Edible series, “Saffron: A Global History” explains the cultural, medicinal and culinary value of the coveted ingredient to enlighten intimidated readers on its far-reaching possibilities. “For many who aren't trained chefs, how to use saffron remains a mystery,” Ramin says. “Add that to the cost and people shy away from it. I hope this book will demystify it.”

Growing up with an Iranian mother, Ramin was exposed to saffron at an early age. It’s integral to Persian cooking, found in traditional dishes like tahdig and bastani, so saffron is personal and comforting for Ramin. It wasn’t until she was a culinary school student, though, that she fully understood how the spices of her heritage were used by American chefs. “The only time I ever experienced saffron outside of my culture was in the ICE kitchens and then, later, at the high-end restaurants where I staged or worked,” Ramin recalls. “My ICE education completely trained me to look at food and ingredients critically: What's the science? What's the culture? What's the potential? These are outlooks I incorporate into everything I do.” It is that analytical perspective that makes “Saffron: A Global History” a must-read. 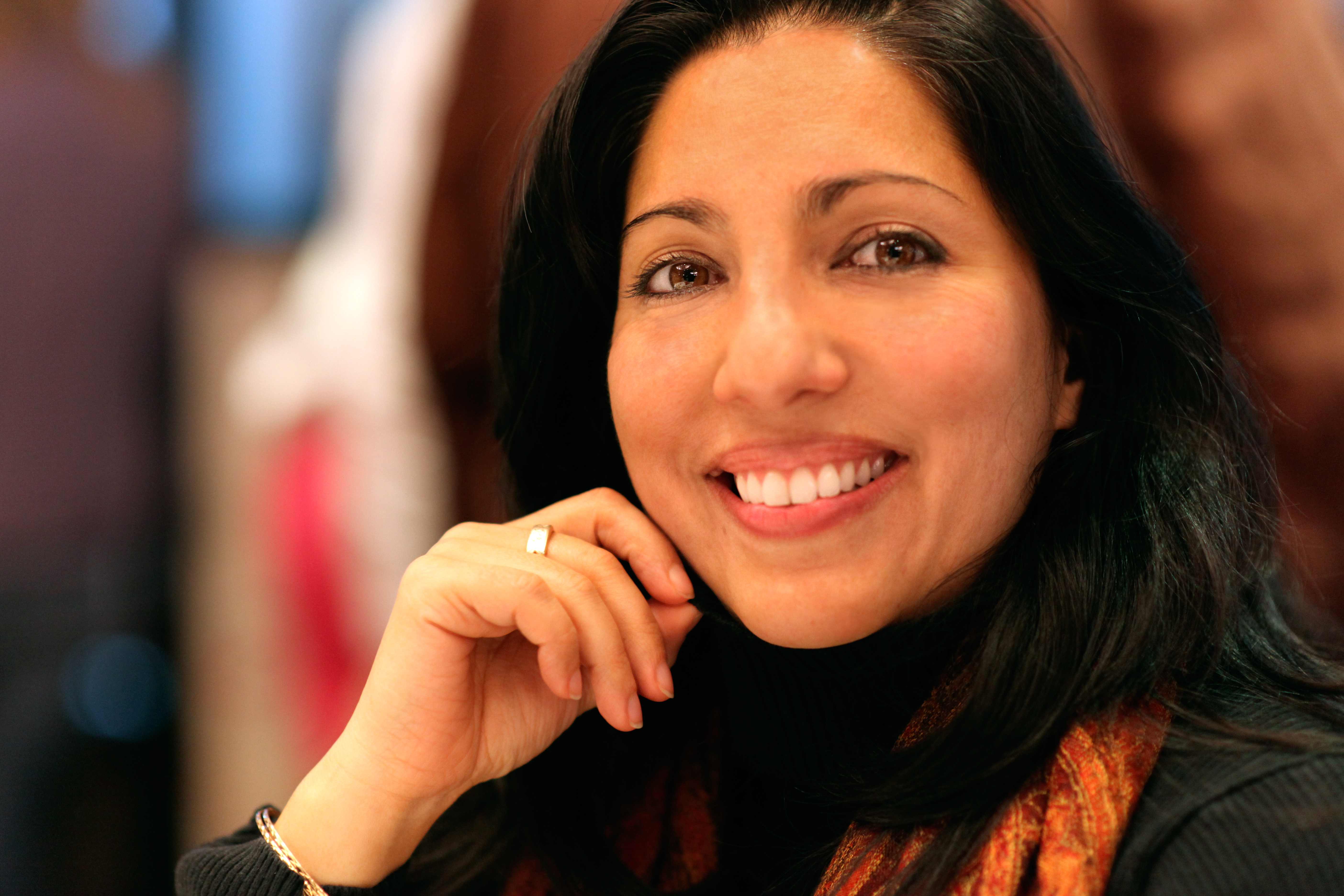 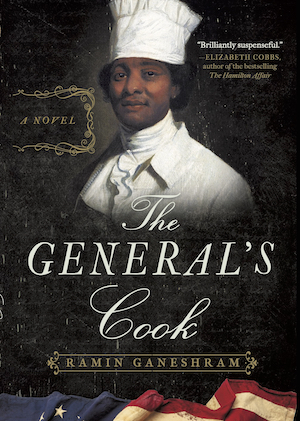 A new edition of Ramin’s 2018 historical fiction novel about Hercules Posey, the enslaved chef of George and Martha Washington, just debuted because of a new discovery. Ramin and her colleague at the Westport Museum for History & Culture solved the 218-year-old mystery of Hercules’ whereabouts and free life after he self-emancipated from Washington in 1797. Now, “The General’s Cook” tells as full a story as possible about the man Ramin considers to be America’s first celebrity chef.

The book is especially poignant as the restaurant industry faces its Eurocentric past and attempts to lift up cuisines and chefs that have been marginalized. “Chef culture, at the highest levels, is still a very white, male endeavor,” Ramin acknowledges. “Hercules' story makes it clear that the fathers of high-end American cuisine were Black men. Diversity and equity still remain elusive in high-end kitchens, in cookbooks and on food television. I believe that learning about and honoring Hercules and his fellow Black chefs is an important first step toward reorganizing who mainstream culture believes should be the arbiters of food culture today.” 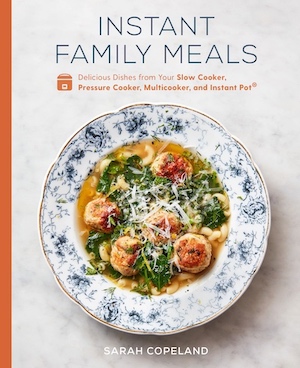 Modern families looking to craft convenient weeknight meals will love cookbook author Sarah Copeland’s most recent publication. “Instant Family Meals: Delicious Dishes from Your Slow Cooker, Pressure Cooker, Multicooker, and Instant Pot” teaches home cooks to maximize their pressure cooker with 75 wholesome recipes that don’t require a whole lot of effort. “My favorite thing about cooking with a pressure cooker is how much more often I'm able to get a deeply flavorful, tender, nourishing meal on the table while still continuing with my work, life goals, parenting and homeschooling,” Sarah reveals. Dinners like cacio e pepe risotto, kimchi and tofu stew, and red curry shrimp with basil and lime never fail to hit the spot.

Sarah’s ICE education has allowed her to reach this point. “Having gone to culinary school, especially at the time that I did (in my early 20s), was an excellent launching point for everything I've done since,” she says. “It gave me confidence in my instincts around food as well as the foundation from which to grow, take leaps, and explore from a place of study and training.”

The Ginger and Turmeric Companion: Natural Recipes and Remedies for Everyday Health

For cookbook author, culinary instructor and personal chef Suzy Scherr, teaching is second nature. In “The Ginger and Turmeric Companion: Natural Recipes and Remedies for Everyday Health,” she educates readers about the many benefits of these two flavorful ingredients, from ginger’s ability to stimulate digestion, strengthen immunity and ease motion sickness, to turmeric’s potential to relieve migraines and reduce inflammation. With expert recipes like ginger broth and golden milk (also known as a turmeric latte), Suzy illustrates how home cooks can integrate these wellness-inducing spices into their own diets. She then explores the healing treatments, beauty products and household cleaners that can be created using ginger and turmeric. The outcome is a holistic view of two powerful substances.

Explore a future in food media with culinary career training.