The words energy and determination only begin to describe the curious, enthusiastic force that is ICE alum Eden Grinshpan.

Aspiring to work in food television from a very young age, Eden hosts two shows on the Cooking Channel: "Eden Eats" and "Log On And Eat with Eden."

I enrolled at ICE when I was 22, before that, I was traveling through India, South East Asia, and lived in London and Tel-Aviv. When I was in high school I became completely obsessed with the Food Network. I didn’t grow up cooking or baking; the passion came from watching the network. I could not get enough of Ina Garten’s buttery cakes or Jamie Oliver’s colorful culinary masterpieces (he was on Food Network Canada). I was hooked, so I started playing around in the kitchen.

When It came time to apply for University, I knew where my head was at … so culinary school it was. I enrolled at Le Cordon Bleu for the "grand diplome" in both pastry and cuisine. What a funny and incredible experience. I was so nervous my first day; I didn’t know anyone and my knowledge in the kitchen was minimal. But I quickly made friends with the students and the chefs and accepted my new calling in life: food. During my time studying in London, I took advantage of the opportunity to travel to neighboring countries in Europe. It was then that I realized another passion of mine, travel, and that the best way to explore a new country and culture was to dive right into their cuisine and to try and live like a local. 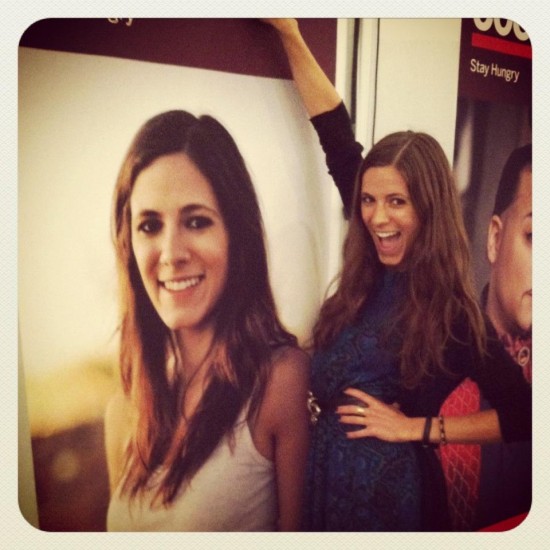 After graduating culinary school, I was not ready to settle down, so I enrolled in a course that took me on an adventure to the north of India — probably one of the most incredible experiences of my life! I didn’t know that much about India but soon found out that it was one of the most colorful, warm and exciting countries I have ever been too. I ended up spending almost a year backpacking and exploring while taking cooking courses, volunteering and just simply bonding with the locals and other people who were backpacking and traveling across this magical country. After India, I continued my travels through Thailand, Vietnam, Laos, and Israel.

Following these amazing, worldly experiences, I was itching to get cracking on my career — so, what better place to start than the culinary mecca of NYC? I moved to New York around five years ago. My younger sister just got into NYU, so I decided to follow her here and start my new adventure. The first thing I did was enroll at ICE for the Culinary Management program. I knew that one day I would want my own restaurant, and ICE was the place to learn that skill set. I had such a great time in the program. I met so many people from all walks of life that were just as passionate as I was about food and the culinary industry. The school gave me a great platform to learn about the service industry and also allowed me to network and meet great people in the industry. Since graduating from ICE, I have been able to pursue my dream of food television and I am very fortunate to the Cooking Channel for taking me under their wing and believing in me and my shows.

What attracted you to the Culinary Management program?

What attracted me to ICE was the school's reputation and the great management program they offered. I had a great teacher and the speakers they brought in told us their stories and facts about their businesses. Having so many people come in really inspired me and I got some really great ideas from that course. It's also so much fun meeting people that are as obsessed about food and the culinary industry as you are — they're a very special group. 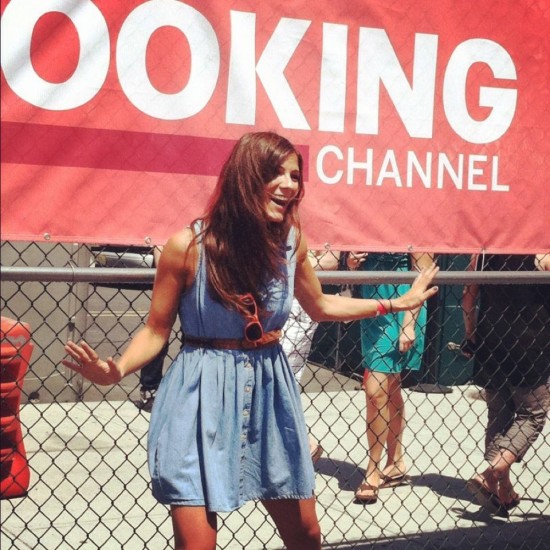 What have you been up to since graduation?

Through ICE, I was introduced to many people in the field that have helped me along the way with my career. Since leaving ICE I have worked on "Eden Eats," a show that I created with my business partner Samantha Schutz, and am currently working on a brand new show for the Cooking Channel, which will be premiering this September … very exciting!

Briefly describe a day in your working life.

Every day is very different since I am traveling all over the country, meeting different people and featuring different foods in every segment. When we get to a new restaurant, we usually learn all about the dish that we are featuring on the show, make the dish, try the dish and try a bunch of other dishes that the restaurant is famous for, while speaking with the person I am interviewing.

I think people would be surprised how much time and work goes into one episode. I was so surprised to find out what goes on behind the scenes — so cool! I love how creative everyone is.

5 years ago, did you ever think you’d be doing what you’re doing now?

I’ve always dreamt of having my own food television show, but you never know. As much as it is about networking and persistence, there is also luck that goes into it. I am so fortunate to do what I do and I am thrilled to be apart of the Cooking Channel family.

Well, I am working on a new show for the Cooking Channel, and I hope to continue working in television (I love it). But, one day I would love to take advantage of the skills ICE taught me and manage/run my own restaurant.