How to Make It In The Kitchen

Chef Mike Handal remembers the first time a restaurant chef ever appeared on the cover of Bon Appetit. “It was 1980 and Chicago’s Jean Banchet [was the first]. Then came a protégé of Bocuse. And then my chef, Jean-Jacques Rachou.” The 1980s in New York City was the wild west of fine dining. Chefs from abroad — many of them French — were shaping the city’s iconic restaurant style with elegant, old world techniques and innovative ideas. 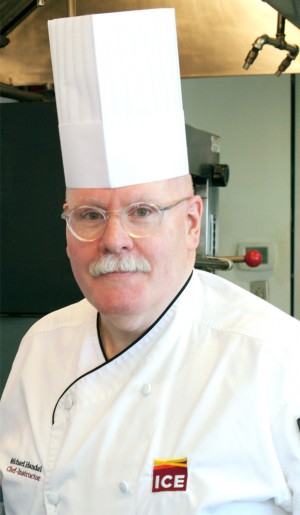 At the center of it all, Jean-Jacques Rachou’s newly opened La Côte Basque was like an Ivy League graduate school for recent culinary graduates. Todd English, Charlie Palmer and Rick Moonen — even Daniel Boulud — passed through his kitchens on their way to stardom. For twelve years, ICE’s own Chef Mike Handal worked alongside them, working every station from soufflé, to garde manger and even sous chef.

“It was just the beginning of the idea of chefs as celebrities. Jean-Jacques, for example, became famous for a new style of plating — painting plates with various colors of sauces and intricate designs. Yet even though chefs were coming into their own, La Côte Basque was a good grounding in the real world, because at the end of the day it was hard, physical work, six days a week."

Even before he attended culinary school, Mike Handal was enthralled with the art of French cooking. As a young teenager, he would watch Julia Child’s The French Chef and prepare dinner after school before his working mother returned home. As an undergraduate at Fordham, Mike took a job at the swanky Knickerbocker Field Club in Brooklyn and soon enough he was hooked. He enrolled in a two-year program at the CIA and found part-time work in the school’s Escoffier Room, where the executive chef was a personal friend of Jean-Jacques Rachou. The rest, as they say, is history.

“When I got to La Côte Basque, I started on the soufflé station. We were making a minimum of 200 soufflés each night, fresh to order — easily 250 on the weekends — as well as tuiles, petits fours, marzipan, etc. As I moved up to garde manger, we would get full, primal cuts of animals — not just vacuum-sealed veal loin, but a huge cut, covered in layers of fat and simply wrapped with cheese cloth.” 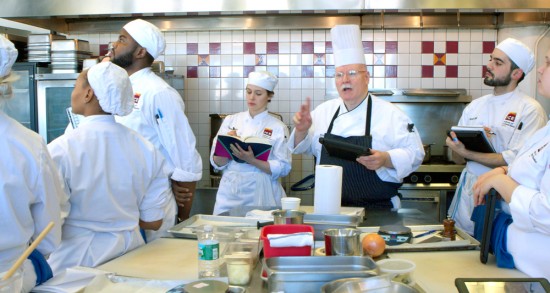 La Côte Basque was also where Mike got his start teaching. Soon after becoming garde manger, he always had a culinary school extern or the son of a friend of Chef Jean-Jacques training under him. So by the time he became sous chef at the restaurant, he practically had a master’s degree in education. After a few years as sous chef, Mike realized his heart lay in teaching. He applied for a position at ICE (then called Peter Kump’s New York Cooking School) and was interviewed for the position by Peter Kump himself. That was 1995 — and today, Mike is ICE’s longest-tenured Culinary Arts chef-instructor. 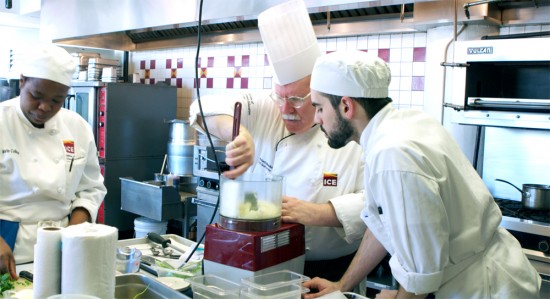 Over the past 20 years, Mike has seen ICE grow from a small school on 92nd street to a leader in the field of culinary training. He has taught everyone from James Beard Award nominated alum Tim Healea (Owner, Little T’s Bakery) to actor Richard Dreyfuss’ wife. Yet in the end, he says that for all the changes at ICE — and in the food industry as a whole — one thing stays the same: “To make it in this business, it takes hard work, focus and dedication. There’s a misinformed idea that you can do something once and understand it. In cooking, real skill comes from years of repetition. You put in the time, and then one day, it just clicks. You earn that satisfaction.”