David Gross (Culinary, ‘04) started cooking at McDonald’s when he was 14-years-old. Even though he was flipping burgers at a fast-food joint, he immediately felt at home in the kitchen. Decades later, he’s channeled his passion for hospitality into a career as a hotel chef.

“I’ve always liked having a job where you could produce something tangible,” David explains, referring to his early years at the drive-thru. In high school, he also worked as a deli sandwich maker and a short-order cook.

After graduation, David moved to Colorado to study business. While he was taking classes, a friend of his began waiting tables at a Tex-Mex restaurant in Fort Collins. David was able to secure a line cook position at the same place and fell in love with it. “I didn’t mind the hours being crazy,” he remembers. “I didn’t mind coming home tired and smelly because I thoroughly enjoyed what I was doing.”

On the other hand, college didn’t captivate David. Eventually, he realized that the traditional undergraduate route was not the right path for him, and he moved back in with his family in New Jersey. Though he was still cooking, he felt a bit lost. “I was looking for direction in my life,” David recalls. He consulted his parents, who suggested he apply to culinary school, and he was admitted to two prestigious institutions soon thereafter.

“I chose ICE over the CIA because it was in New York City,” David explains. “At that time in my life, to be able to go to a really good culinary school and be part of the whole vibrant scene was super meaningful to me.” 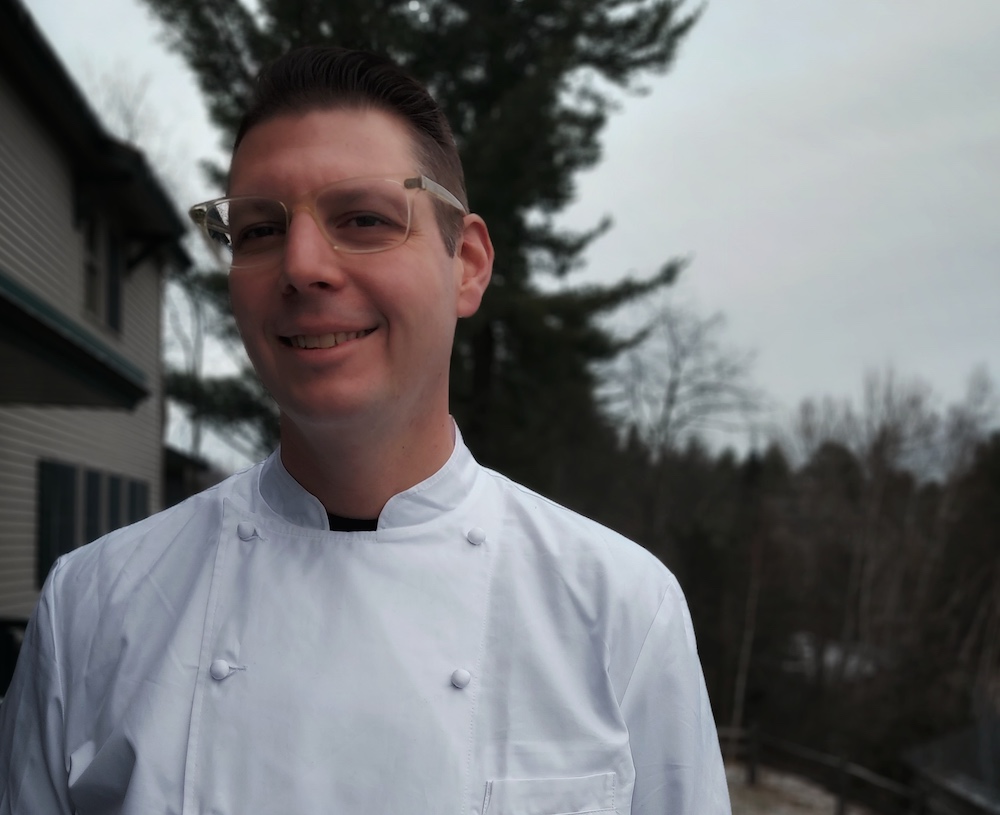 When he enrolled in Culinary Arts, David already knew how to cook and had some knife skills. Though he came in with the ability to make certain soups and sauces, ICE provided him with critical culinary information. “I found out why I was doing all the things that I was doing,” David says. The reasoning behind the processes was key.

David appreciates the expert instruction he received at ICE, specifically from chef-instructors Sabrina Sexton and Mike Handal. “They made all the difference because they were super engaging and very patient,” he recollects. “They made the whole atmosphere very welcoming. I didn’t feel intimidated at all.”

To complete his diploma, David externed at Lupa Osteria Romana. Since he had prior restaurant experience, he was given extra responsibility. Beyond chopping vegetables and fileting sardines, he was allowed to blend sausage mixes and help at different stations. David was impressed by all the food made from scratch.

Then, David moved back to New Jersey and met Chef Ed Gruters, who became his mentor and close friend. For about six years, David followed Ed to a handful of seasonal, New American spots throughout the area. “It was cool to have him take me under his wing and show me the good side of working under a chef,” David reflects. “I was given an opportunity to learn and learn and learn. Now, if I’m bringing on more novice cooks, I build them up because someone gave me that chance.”

Due to a back injury in 2007, David was unexpectedly forced to walk away from the restaurant lifestyle. He knew he couldn’t sustain the long, grueling days on his feet, but he wanted to keep cooking professionally.

“I got hooked up with a really nice catering company and completely shifted my career from upscale dining to off-premise catering and private dinner parties,” David says. He stayed at The Fruited Plain Caterers for nearly eight years, which he acknowledges is rare in the food industry. He feels lucky for the long tenure that included reasonable hours and occasional weekends off.

In the spring of 2015, David’s wife was offered a compelling job in Lake Placid, New York. The move north is the reason he started working in hotels. He was hired as the banquet chef at The Crowne Plaza and was quickly promoted to executive sous chef. He provided food for countless weddings throughout the busy season.

David’s transition into hotel cooking was seamless because it combined all of his past experience. “I did a la carte restaurants and then I did catering. A hotel is basically a mix of those two things, usually with one or two restaurants, as well as an event space,” he reasons.

The blend proved ideal for David, who moved back to Manhattan in 2017 to become the sous chef at The Carlyle. While he was there, he was challenged by the unionized staff structure, which kept him from actually being permitted to cook. Though the position sharpened David’s managerial skills, he left after seven months in favor of a more hands-on role at a private members’ club called Spring Place in TriBeCa.

Next, David landed his first executive chef gig at the Mondrian Park Avenue. While he relished the opportunity to helm a kitchen, it ultimately was not a perfect fit. He opted to take a small step back title-wise in order to be part of the opening team of a hip hotel in Brooklyn.

For a year, David was the executive sous chef at The Hoxton Williamsburg, where he collaborated with a like-minded executive chef and a strong team to debut Klein’s, an all-day American restaurant; Summerly, a rooftop bar; and a coffee shop. “There was a craziness all the time,” David says. “There was so much going on in different places. Being able to orchestrate it and oversee it is a very unique skill. In hotels, you can’t do it all on your own. You need to be able to trust other people.”

Though he was thriving in New York City, David wanted to live somewhere a little less expensive. He and his wife set their sights on Philadelphia, where he jumped back into catering with a company called Jeffrey A. Miller Catering. The high-volume, organized operation suited David well.

When the pandemic hit and the world came to a screeching halt, David tried to make the best of a terrible situation. His silver lining was the newfound time he was able to spend hanging with his wife and cooking at home every day. The couple also began to reevaluate their location. “We thought if we were going to be stuck in a house that maybe we should try to go somewhere a little less populated,” David explains.

It wasn’t until the late summer that this idea turned into reality. David had been subtly pursuing the executive chef position at the upcoming Saranac Waterfront Lodge for months, long before the coronavirus hit. In August, he was finally hired at the new Upstate New York property. “There is not a lot of opportunity in the world for a lot of people right now, and I couldn't be luckier that I landed this job,” he muses.

David is currently designing the menus for the three dining spaces in the sustainable, LEED-certified hotel. The Navigator’s Lounge will be a lobby cocktail bar, the Boathouse will be a full-service gastropub, and Harvest will be a small, creative tasting room. All three will be informed by seasonal, local ingredients and eco-friendly practices. David looks forward to forming relationships with nearby farmers and vendors to enrich his dishes.

“I’m doing it all on my own, which is slightly overwhelming at times but also really fun,” he says. “This is a culmination of me being in kitchens for 20 years and this is me proving to myself that I know what I know.”