He Said, She Said: Demand Pricing

ICE’s Culinary Management Instructors are seasoned industry professionals who are still active in the industry, working on their own projects while teaching classes at ICE. With such a wide range of experience between them, we decided to ask Julia Heyer and Vin McCann to take a closer look at some of the things we keep hearing so much about. Today, they tackle the concept of demand pricing. 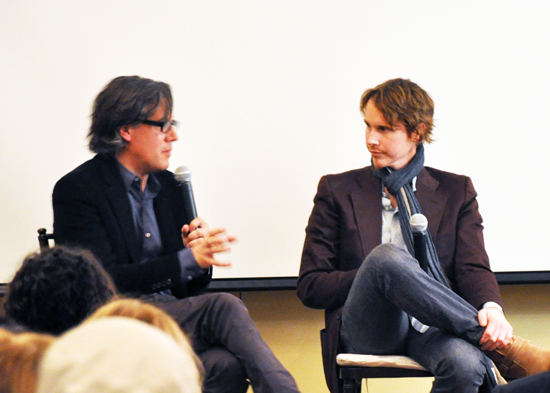 Bloomberg Media’s Dominic Chu (himself no stranger to restaurants) recently featured Grant Achatz’s new place in Chicago, the quarterly changing Next. It looked at the restaurant’s unique pricing model, which differs from the restaurant industry generally in two ways: (1) a guest pre-pays one set price in full, tax, tip and all included, and (2) the cost of the meal differs at different times. This model takes the concept of good old demand pricing (as experienced in the commodities trading by Achatz’s business partner) and applies it to the restaurant biz. Basing pricing on demand is a working model when you offer something that the consumer wants. It gets even more effective when you, as the seller, can control supply to ensure the consumer’s willingness to pay premium prices remains strong (DeBeers Diamonds, anyone?).

And that is something these guys at Next are smartly doing. Yes, I am sure that changing the restaurant and menu every three months also plays to the wishes, playfulness, and curiosity of the chef, but really it is the ultimately savvy way of limiting supply of the experience, constantly reinventing the restaurant and re-stoking the demand for it. Each restaurant is only here for three months — come now before it’s gone! And then, when the next iteration comes to market, people want to come back (ergo drive demand) for that new experience (yup, that new supply). Smartly combined!

The Bloomberg piece was provocative, but true to form falls into the “what goes around comes around” mixing bowl that is our business. It doesn’t take much to convince me — maybe a wink and a smile — in the benefit of demand pricing. It makes sense for a number of quick casual operations where the price variations would amount to small change for the guest but significant gains for the operator and circumvents the dirty “discount” word. Hotels and airlines have been doing it for decades. Sad to say Irving and Murray Riese were doing it 35 years ago up and down Broadway and near Madison Square Gardens but were chastised and belittled for it. Leave it to an ex-Wall Streeter to paint lipstick on what some might deride as a piggish idea.

The practice springs from the perspective that the restaurant business at its very essence is a poor cousin to the real estate racket. Too many people want a place to sit and there aren’t enough chairs; raise the price when the line gets too long. Without knowing the ins and outs of the Next pricing formula, it’s difficult to say whether it will catch on. We do know that the approach is clearly aided by Achatz’s celebrity reputation. What I find even more intriguing and quite possibly revenue enhancing is the quarterly changing face of the menu offering — much akin to a new show in a theatre. Dramas are cheaper than musicals, some cuisines more expensive than others. Could this be a precursor to repertory restaurants?

While Next is not the first restaurant to use demand pricing they’ve taken it to new sophistication. They are packaging it in a way that makes most guests feel special about purchasing their “ticket” to this show. Moving the entire reservation and payment process online streamlines operations and saves operational costs that go straight to the bottom line. But also, and critically, as you note, they manage to avoid ANY notion of discounting (which is really what they are doing at certain times). Discounting is a brand killer — especially in the luxury segment Next is positioning itself in. It would be a disaster to convey a discount perception. It’s a pleasure to see this analytical approach in the sometimes “gut-decision” based world of independent restaurant. Finally something I am excited to see!