Food (Waste) for Thought: How the Industry is Tackling Food Waste

The largest appetite for food in America is found at our landfill sites. That is where much of the estimated 70 billion pounds of food waste in our nation goes each year. Internationally, it’s estimated that one-third of food produced worldwide, worth around US $1 trillion, gets lost or wasted in food production and consumption systems.

Meanwhile, up to 14% of Americans have food insecurity and globally, millions of people are at best, malnourished and at worst, starving. With all of the issues that the world faces today, food waste may seem like a benign problem but it’s linked to much larger global problems and presents a great opportunity to help address hunger and economic insecurity both today and in the future. Food enters the waste stream at many links along the chain of food production and consumption.

The Environmental Protection Agency (EPA) estimates that 40-50% of food waste comes from consumers and 50-60% from businesses. One of the major causal factors in America is that quality standards at the retail level are largely based on appearance. Growers, farmers, supermarkets and retailers throw out produce with minor blemishes believing that those products won’t sell. Fortunately, there are companies of all sizes addressing this issue. 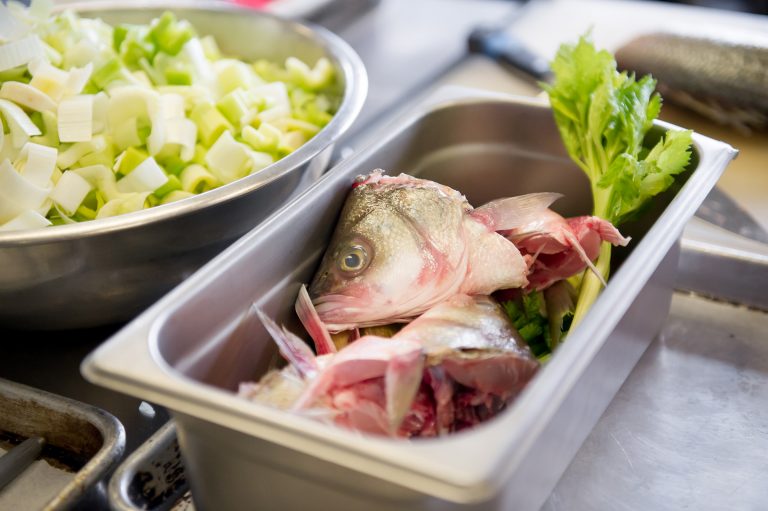 Here are a few to take note of:

Imperfect is a California-based company that sources from growers across the state and delivers boxes of imperfect and discounted produce, via a subscription service, directly to customers’ doors for $12-$18 per box. The startup’s goal is to repurpose produce that retailers and distributors reject while helping to generate extra revenue for farmers and making local produce more affordable.

Another good example of a company dedicated to effective waste management of produce is Snact, in Kent, England. Snact buys unwanted produce from British farmers that is either “too big, too ugly or simply too abundant.” They blend this unwanted fruit into a smoothie of sorts, then dry the mix into snackable “fruit jerky.”

One of ICE's major suppliers, Baldor Foods, is gaining national attention for its leadership in tackling food waste. They are leading the charge on finding innovative uses for typically discarded food scraps and “reshaping perceptions of what is truly worthy of going in our landfills.” Their food scraps, such as vegetable and fruit trimmings, have been rebranded as "SparCs" and are now being sold to a wide range of customers including restaurants (for their stocks), juice companies and animal feed producers. Some of the world’s largest companies are participating in food waste initiatives.

Walmart found it expedient to dump an entire carton of eggs if one was cracked, rather than replacing the damaged egg with one of equal freshness. Now the company is testing a program that uses a laser system to etch individual eggs with product information, enabling workers to easily substitute a new egg with the same specs. If adopted nationally, Walmart projects that the system could save roughly five billion eggs a year from premature scramble. Chefs across the country are putting into practice the “no food waste” ethos.

Dan Barber, chef-owner of the acclaimed restaurant Blue Hill at Stone Barns and founder of the Stone Barns Center for Food and Agriculture in Pocantico Hills, NY, made waves when he launched

wastED: an organization that hosts pop-up events devoted to the theme of food waste and re-use. Asked about his upcoming wastED pop-up, Barber explained, "Let's take the trend for juicing. What happens to all the pulp that's leftover in the juice-making process? It gets thrown away. So we've taken it and repurposed it into a vegetable burger — a juice pulp cheeseburger in fact.” ("New York’s Biggest Food Waste Chef Is Bringing Pulp Burgers to London," Munchies, Feb. 24, 2017.)

Meanwhile, on the west coast, chefs Roy Choi and Daniel Patterson are developing a fast-food chain called Loco’l. Unlike the typical fast-food joint, Loco’l will serve more wholesome foods while cutting costs by minimizing food waste — integrating what would otherwise be scraps (such as meat trimmings and veggie ends) into the recipes for regular menu items.

For its part, ICE is committed to supporting the movement to eliminate food waste. In fact, we've partnered with The New School to host the innovative Zero Waste Food conference on April 28-29, bringing together visionary chefs like Massimo Bottura and Missy Robbins to explore ways to minimize food waste. Sustainability is one of our most significant long-term challenges. Food professionals have the opportunity to make an impact by creating more sustainable food networks.

Click here for more information on the Zero Waste Food conference — and buy your tickets today!