An Evening with Barbara Fairchild

The class was part of the ICE Center for Food Media’s “An Evening With…” series, designed to give students a chance to have a casual, informal discussion with food media luminaries. During these classes, professionals such as Saveur Editor-in-Chief James Oseland and New York Times writer and editor Amanda Hesser discuss their lives and careers, as well as the challenges and rewards of their jobs, changes and trends in the industry and much more. As a successful editor and food world star, Fairchild is a unique position to comment about the world of food media. 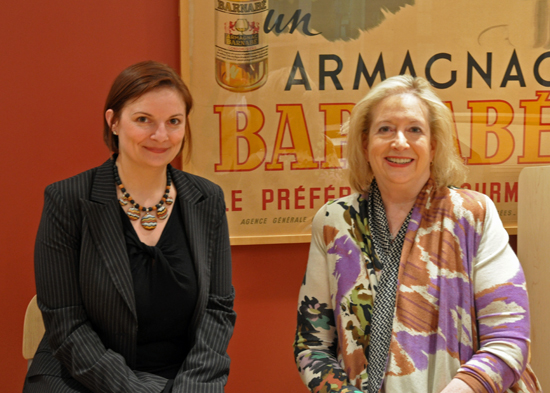 Fairchild joined Bon Appétit as an editorial assistant in 1978, and after rising through the ranks, she was promoted to Editor-in-Chief in 2000. The same year, she was also inducted into the James Beard Foundation’s “Who’s Who of Food and Beverage in America.” At the helm of Bon Appétit, she authored three books: The Bon Appétit Cookbook, The Bon Appétit Cookbook: Fast Easy Fresh and Bon Appétit Desserts: The Cookbook for All Things Sweet and Wonderful. Now, Fairchild has taken a turn in her career. The world of magazine publishing is in a state of flux, changing rapidly to new formats on the web and social media. In September, it was announced that Bon Appétit would move their offices from Los Angeles to New York, and Fairchild would step down.

Just two weeks ago, her 32-year stint at the magazine came to an end. She said, “Right now, I guess I’m just goofing off. I’m going to be tweeting and writing on my blog, but I also want to explore radio, television and teaching.” Fairchild is no slouch at trying her hand at new media. She noted that she has probably seen more change in media in the past five to seven years than in the previous 25. “One of the things I am most proud of at Bon Appétit was that we kept fueling the fire with new voices. We hired Molly Wizenberg of the blog Orangette, which was a great crossover from online to print,” she said. In her new life, Fairchild is excited to be part of new forms of media and try her hand at writing her own blog. She noted that she loves tweeting (follow her @fairchildonfood), saying the 140-character limit forces her to focus and be clean and concise.

During the talk, she listed off at least a dozen different ideas for her blog about her memories and experiences, as well as new food adventures and travels. As for other food writers just starting their own blogs, her advice was to read as much as possible. “Read different types of things: food writing and non–food writing, old writers and young writers, long form and short form pieces. Read as many different voices as you can.” ﻿